East Croydon station is evacuated and streets are locked-down

East Croydon station has been evacuated and streets are locked-down as police deploy a bomb robot to investigate a ‘suspicious vehicle’ with witnesses reporting a ‘loud bang’.

Witnesses said there had been a ‘loud bang’ and shared images of people packed into the streets of South London this morning.

One warned people to avoid the area and said the bridge next to the station was also out of use as the operation unfolds.

A robot was pictured at the scene approaching a silver car in an image shared on Twitter. 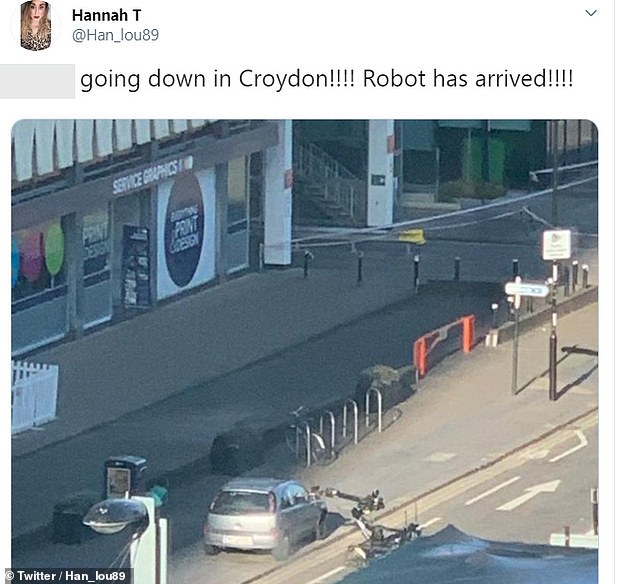 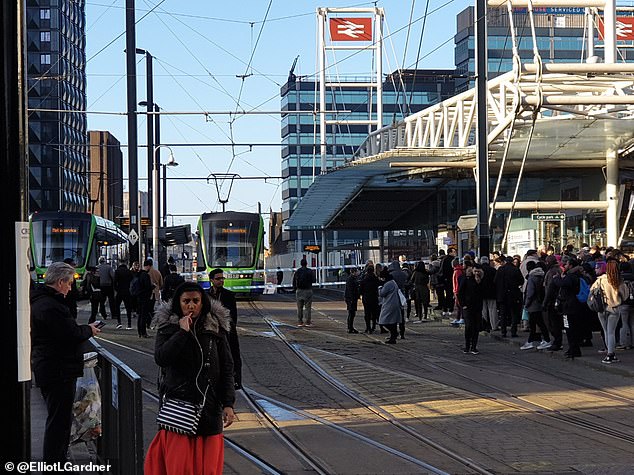 Pictured: East Croydon station this morning in south London as police deal with what the Met described as a ‘suspect vehicle’ 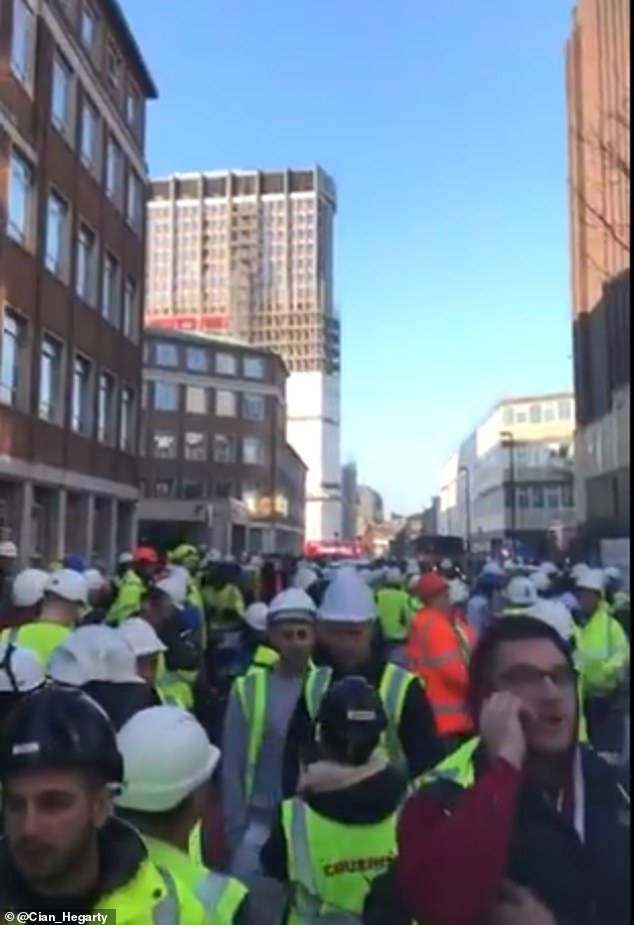 One witness told My London: ‘We think something has been detonated, we just heard a loud bang.’

Workers in nearby offices are saying that they have been told to stay inside their buildings and ‘away from the windows’.

The Met Police confirmed that officers are at the scene dealing with a ‘suspect vehicle’.

A spokeswoman said: ‘Police were called at 08:46hrs on Thursday, 6 February to reports of a suspicious vehicle on Dingwall Road, Croydon. Officers, including specialist officers, are on scene and cordons are in place.’

Witnesses are taking to social media to share pictures from the scene, with one writing: ‘Sh** going down in Croydon!!!! Robot has arrived!!!!’

Another said: ‘#eastcroydon still closed due to suspicious abandoned vehicle nearby. Can’t walk over the bridge either. Best to avoid the area.’

Footage from the scene shows the police robot probing a vehicle in an empty street as offices stand guard at either end.

Other clips show commuters and workers forming huge crowds in the street as the incident unfolds.

croydon, East, Evacua, is, station
You may also like: