An ecclesiastical court will hear a dispute next month over whether a memorial to a 17th century benefactor who invested in slave-trading companies can be moved from the chapel of a Cambridge University college.

Tobias Rustat, who was a major investor in the Royal African Company and had been a servant to King Charles II, became one of Jesus College’s largest benefactors before the 20th century.

The college, which is worth £344million, last year submitted an application to the Diocese of Ely to relocate a memorial to Rustat from its chapel to a permanent exhibition space in the college.

A consistory court case, starting on February 2, is due to help decide the fate of the monument to Rustat who donated £2,000, the equivalent to £450,000 today, to fund scholarships for the children of Anglican priests.

Prominent historical figures with alleged slavery links were re-examined after the Black Lives Matter protests in 2020 which saw the toppling of a statue of slave trader Edward Colston in Bristol – a contemporary of Rustat. 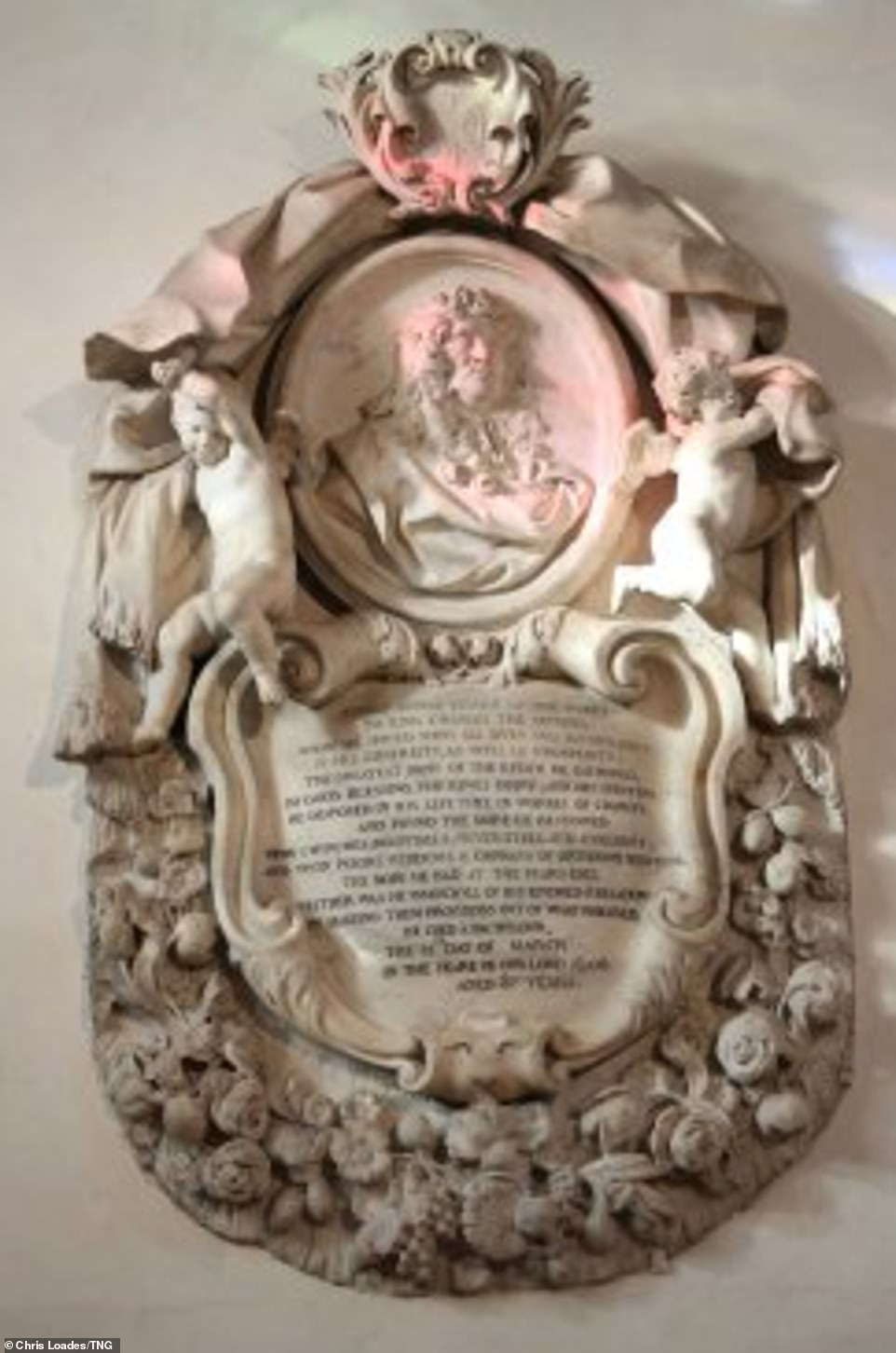 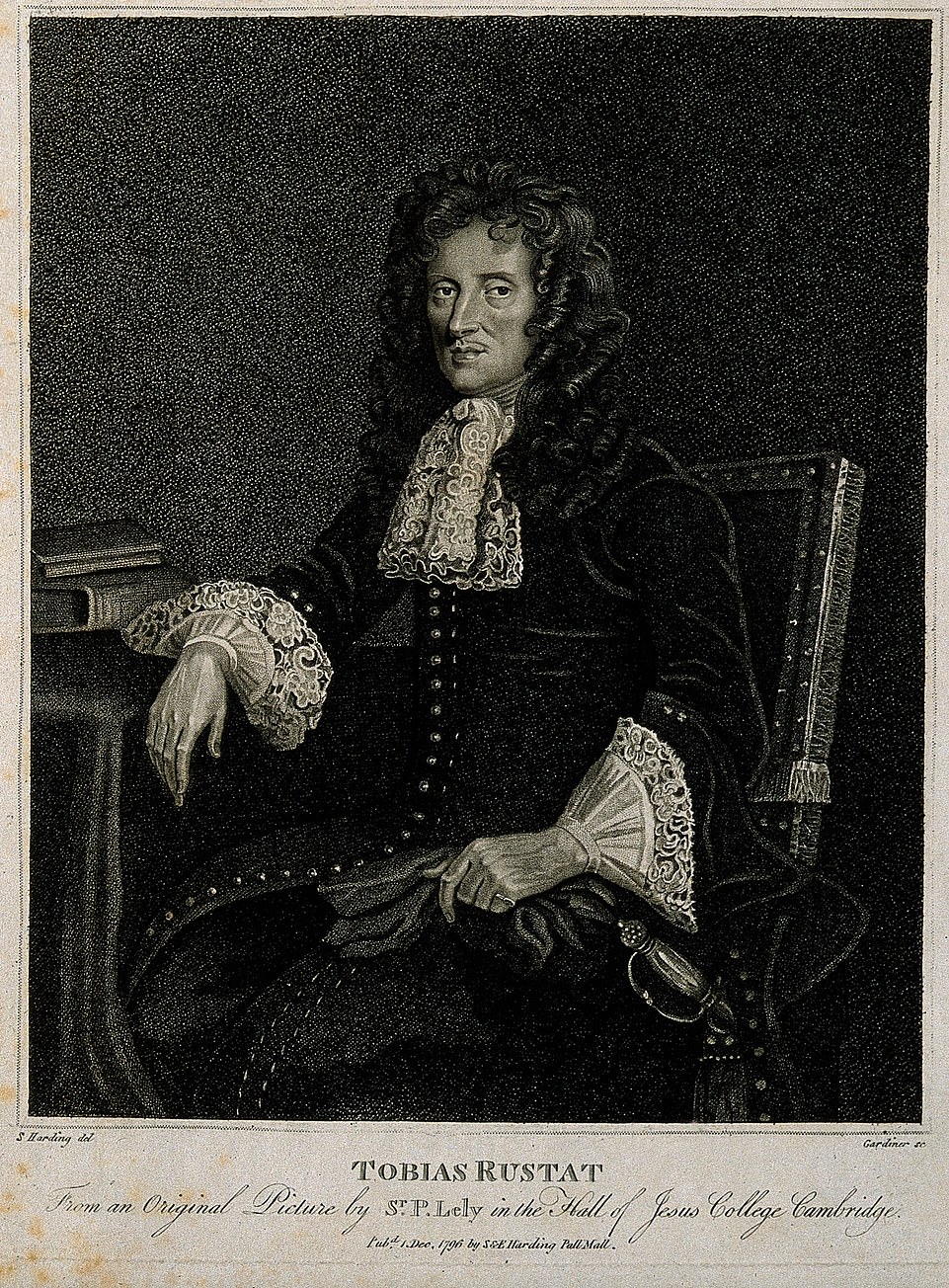 College archivist Robert Athol said last year that the plan to move the monument to an exhibition setting will ‘allow for restoration and study of the monument’.

He added that it ‘will enable people to engage with it as an artistic piece and as a vehicle for discussion about the history and legacy of enslavement’.

University benefactor and slave trade investor: Life of Tobias Rustat – and his links to Edward Colston 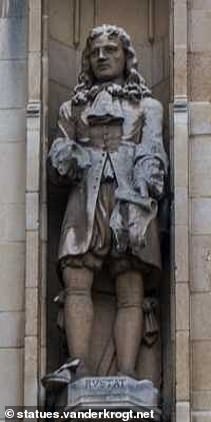 Tobias Rustat was born in 1606

Tobias Rustat was a 17th century benefactor of the University of Cambridge, as well as a servant to King Charles II.

He created the first fund for the purchase of books at the Cambridge University Library.

Born circa 1606, he trained as an apprentice to a barber-surgeon in his youth before becoming a servant – first to the 2nd Duke of Buckingham and later to the monarch.

He accumulated his wealth during his career as a courtier – but also invested in several trading companies, including the Company of Royal Adventurers of England Trading into Africa – commonly known as the Royal African Company (RAC).

The Company had complete control of Britain’s slave trade, as well as its gold and Ivory business, with Africa and the forts on the coast of west Africa.

Later in life, Rustat became a benefactor to the university, focusing mainly on Jesus College, where his father had been a student. He died in 1694.

A contemporary of Rustat was Edward Colston, who became Deputy Governor of the Royal African Company.

During Colston’s tenure, his ships transported around 80,000 slaves from Africa to the Caribbean and America. Around 20,000 of them, including around 3,000 or more children, died during the journeys.

Colston’s brother Thomas supplied the glass beads that were used to buy the slaves.  Colston used a lot of his wealth, accrued from his extensive slave trading, to build schools and almshouses in his home city.

A statue was erected in his honour as well as other buildings named after him, including Colston Hall. But after years of protests by campaigners and boycotts by artists the venue recently agreed to remove all reference of the trader.  In the wake of the Black Lives Matter protests in 2020 sparked by the death of George Floyd in the US, the statue of Colston overlooking the harbour in Bristol was torn down.

The marble memorial is on a wall within the college’s chapel and was commissioned by Rustat during his lifetime when he was already a major College donor.

Following recommendations made by the College’s Legacy of Slavery Working Party in 2019 and 2020, the college took the view that the memorial represents a celebration of Rustat which is ‘incompatible with the chapel as an inclusive community and a place of collective wellbeing’.

The Master of Jesus College, Sonita Alleyne, said that the college’s proposal to relocate the monument to an educational exhibition space was ‘part of a process of critical self-reflection on the long-term legacies of enslavement and colonial violence’.

‘The chapel should offer a welcoming space accessible to every member of our community,’ she said last year. ‘This is the right solution for our college.’

A number of college alumni have objected to the proposal to move the memorial.

A Jesus College spokesman said today: ‘It comes down to whether it’s in the best interests of our current and future students and fellows for this celebratory memorial to be in our Chapel, a place of worship at the heart of our diverse community.’

‘The college is not seeking to cancel Rustat or erase him from the record – it is applying to have his memorial moved from a place of worship to a more suitable – but still prominent – place in the college.

‘In addition to religious events, the chapel plays a central role in college life and hosts many historic and ceremonial occasions as well as concerts and recitals, welfare activities and student arts festivals.

‘The memorial is an obstacle to some members of our community participating in all these college events.’

In February last year, the descendants of Rustat criticised the plans to move the memorial. Stephen Hemsted and his three brothers, Rustat’s tenth great nephews, lodged a complaint with the college and argued that the Royal African Company was not the source of money he gave to the institution.

The family told The Times that they regarded Rustat as a ‘distinguished ancestor’ and added there was ‘no justification’ for removing the memorial.

He added: ‘We think it’s a mistake to try to link his investment in the Royal African Company to this memorial and the bequest he made to Jesus College. There seems to be no justification on slavery grounds for removing the memorial.’

Mr Hemsted had proposed to Ms Alleyne that a notice be put in the chapel explaining both Rustat’s generous donations and his links to the slaving company.

He said the college’s plan was to remove the memorial entirely and instead have a plaque at the entrance warning people they were stepping into ‘a place where Tobias Rustat had put money’.

Rustat’s memorial was commissioned by the man himself, and it is prominently displayed in Jesus College’s chapel.

However, the college needs the permission of the Church of England to move the memorial because it sits in a Grade I-listed religious building. 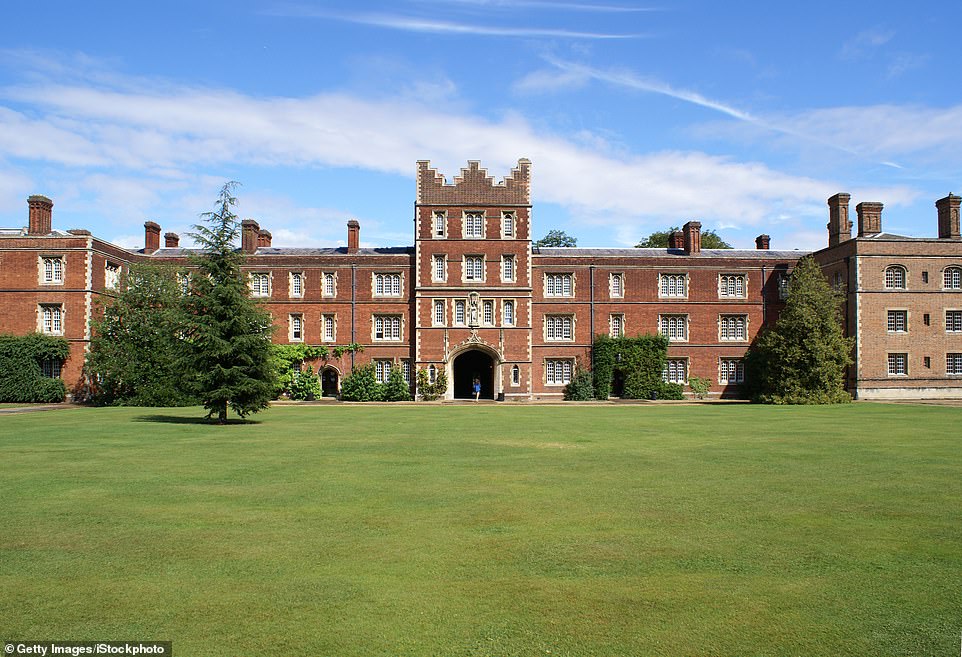 Jesus College set up a Legacy of Slavery Working Party, which recommended Rustat should not be celebrated by the college 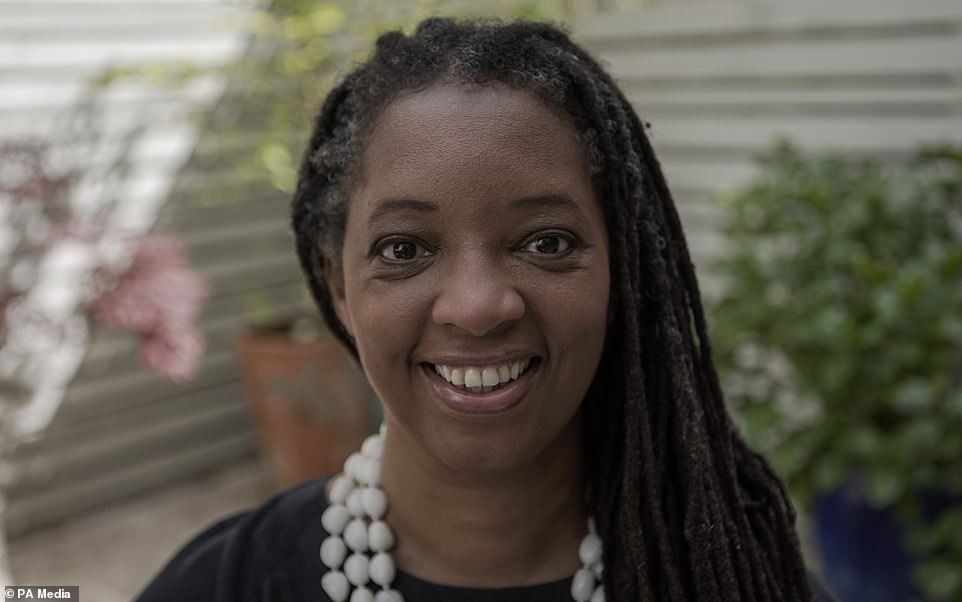 The Master of Jesus College, Sonita Alleyne, said that the proposal to relocate the monument to an educational exhibition space was ‘part of a process of critical self-reflection on the long-term legacies of enslavement and colonial violence’ 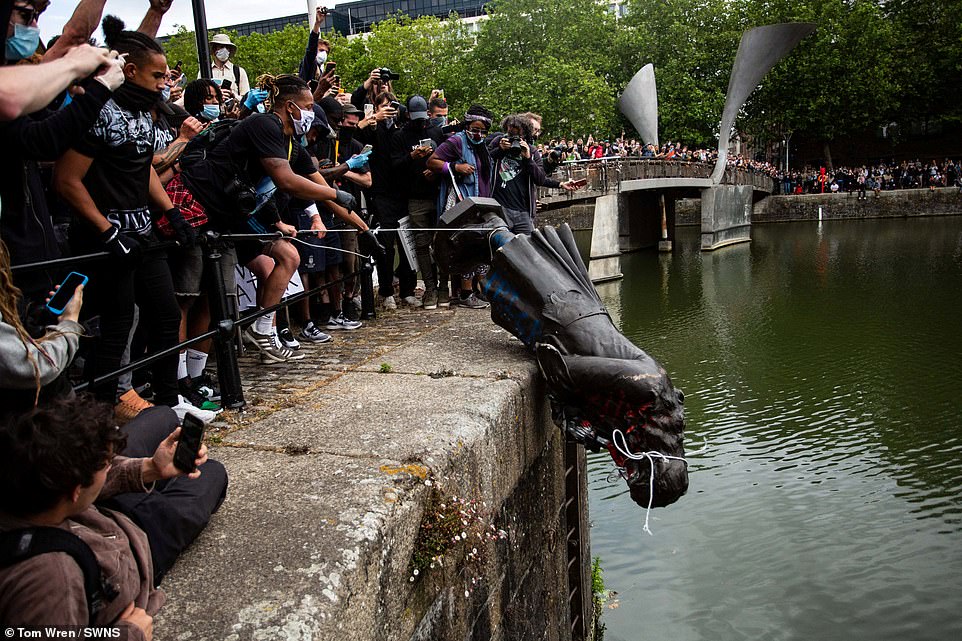 Rustat’s name appears on the charter for the Royal African Company and he donated £400 into the company – the equivalent of almost £100,000 today.

Historian William Pettigrew previously said the Royal African Company ‘shipped more enslaved African women, men and children to the Americas than any other single institution during the entire period of the transatlantic slave trade’.

Investors were said to have been fully aware of the company’s activities and how they made their profits.

The memorial to him says he served ‘King Charles the Second’ with ‘all duty and faithfullness [sic]’.

It adds that he ‘disposed in his lifetime in workes of charity and found the more he bestowed upon churches, hospitalls, universities and colleges and upon poor widows and orphans of orthodox ministers, the more he had at the year’s end.’

Rustat died in 1693 at the age of 87. In May 2019, Jesus College set up a Legacy of Slavery Working Party (LSWP), which recommended that Rustat should not be celebrated by the college.

The College Council decided the memorial represents a celebration of Rustat, ‘which is incompatible with the chapel as an inclusive community and place of collective wellbeing.’