Tomorrow is polling day, and Prime Minister Scott Morrison is leaving nothing to chance – lining up no less than 10 radio and television interviews across the country this morning.

His first appearance was on 2GB with Ben Fordham. He was asked about the Australian Electoral Commission’s COVID-19 plan which means people who tested positive for coronavirus before 6pm on Tuesday cannot vote unless they applied for a postal vote by Wednesday. 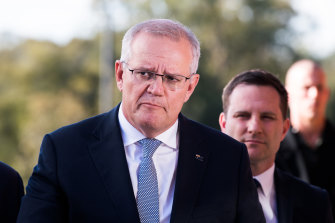 “Of course, we want to see that people have the opportunity to vote,” he said, adding it was up to the Australian electoral commissioner to adjust the rules and recommendations, free from political interference.

“He’ll be aware of all the issues that relate to this and what is in the best interests of running a fair election, which maximises the opportunity for everybody to vote.”

Morrison said the majority of Australians will be voting tomorrow, segueing into the Coalition’s election pitch.“It’s about changing gears, and the opportunity that is ahead,” he said.

Lawyers for Kooyong independent Monique Ryan are expected to head to the Federal Court today to challenge the Commonwealth over rules disallowing some COVID-infected Australians from voting by telephone.

The legal team was on Thursday night finalising the Federal Court bid after it was revealed tens of thousands of people may not be able to cast a vote on Saturday. 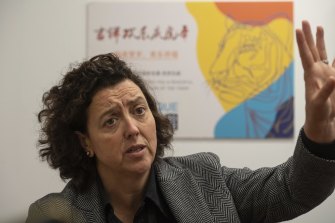 The Australian Electoral Commission has confirmed people who contracted COVID-19 before 6pm on Tuesday, but who didn’t register for a postal vote, might be unable to cast their ballot. The suit will argue the laws breach an implied right to vote in elections.

Speaking to ABC RN Breakfast on Friday morning, she said the legal challenge was being launched because some people in her electorate were “really distressed” by not being able to vote.

“I and my team felt that someone had to stand up and do something about this, that we could not let it go through to the keeper,” she said.

“The reality is that it could potentially result in my electorate, but also a number of other close electorates around Australia, and I think the last thing that the people of Australia want is for these elections to be challenged on this basis.”

The federal court action will be brought against Special Minister of State Ben Morton who has oversight of the relevant legislation, with the challenge to be launched before 9am Friday.

Ryan confirmed the legal bid when speaking to more than 100 supporters at her campaign office on Thursday, saying it could affect a significant number of Kooyong residents and have a material effect in the event of a tight outcome.

The Kooyong candidate said they had received $126,000 in donations within a few hours for the court action, with more than 1200 signatures received on her petition.

The aged care sector needs almost 60,000 workers to plug the national staffing gap, with providers calling for prioritised childcare for workers and migration incentives, such as help with school and housing placements, to draw people back into the haemorrhaging workforce.

Catholic Health Australia (CHA), the country’s largest aged care body, compiled the sector-wide figures with the University of Notre Dame and a consultancy, Evaluate, to illustrate to whoever forms government after May 21 the enormity of the shortages that risk the collapse of facilities across the country.

“Our hospitals and aged care providers just cannot go on with this acute understaffing. The situation right now is totally unsustainable,” CHA chief executive Pat Garcia said. “If these numbers don’t shock the new federal health minister, I don’t know what will.”

The study found a total of 82,156 vacancies in hospitals and aged care and Garcia said the “startling figures” could be even higher because the study’s researchers applied their modelling conservatively.

It’s Friday, May 20. I’m Ashleigh McMillan and I’ll be anchoring our live coverage for the first half of the morning. Latika Bourke will be on later to cover the blow-by-blow of the election campaign.