Elon Musk seems determined to remake Twitter in his own image — with some help from the men in his trusted inner circle.

In his first days at the helm of Twitter, Musk has installed a group of loyalists and friends that includes his personal lawyer, as well as the tech investors David Sacks and Jason Calacanis, two Silicon Valley veterans who regularly mix it up with supporters and critics alike on their podcast and on social media.

Sacks and Calacanis are not household names, but they have emerged as two of the most recognizable voices in the world of tech. They often jump into the sociopolitical fray with their popular podcast, “All-In,” frequently voicing skepticism about the political establishment, mainstream media practices and even the directions of some Big Tech companies.

They are joined in Musk’s orbit by Alex Spiro, a trial attorney with a roster of celebrity clients who reportedly led the first round of Twitter layoffs. Musk’s “war room” also includes the investor and podcaster Sriram Krishnan, a former Twitter product leader and partner at the venture capital firm Andreessen Horowitz, and Jared Birchall, a wealth manager who heads up Musk’s family office.

Musk’s personnel decisions suggest a possible road map for the future of Twitter, one in which policies and internal rules are drawn at least in part from the views of Musk’s consiglieres. 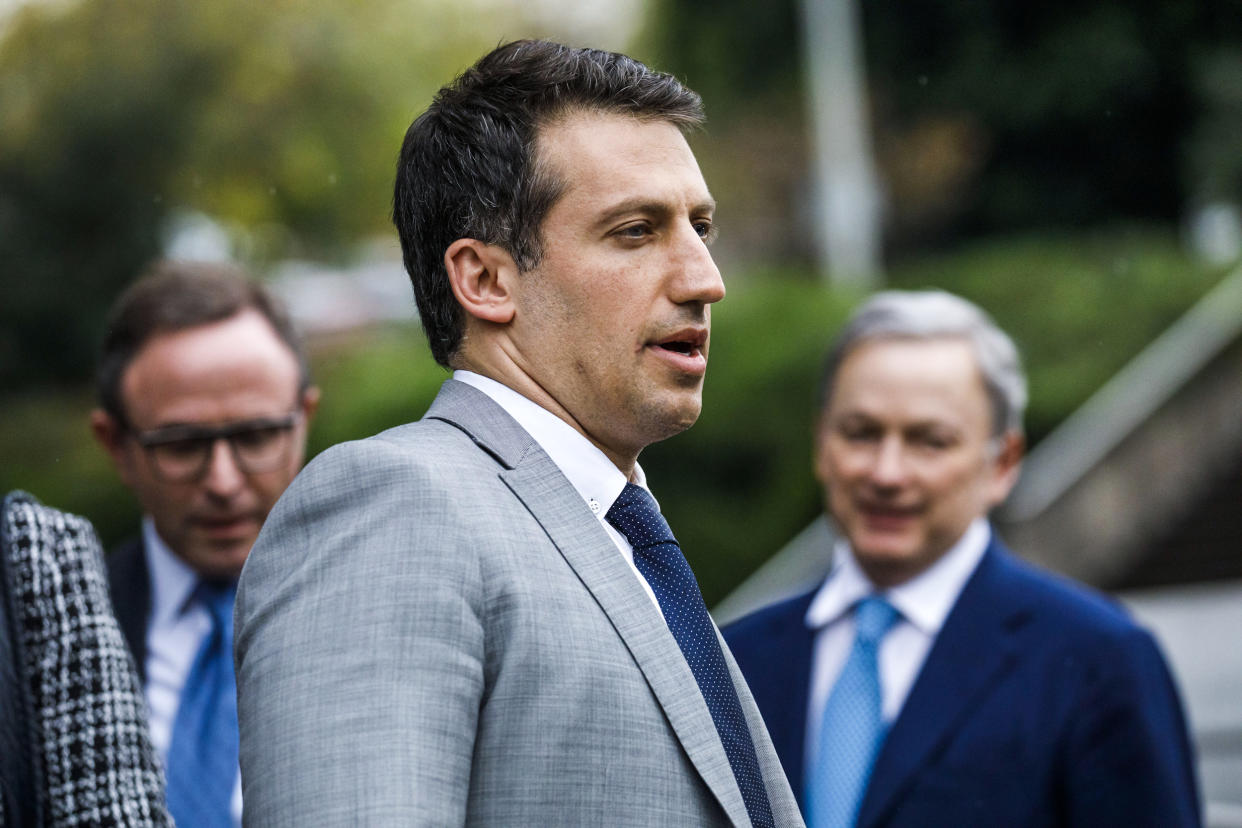 It’s a small circle of people with similar backgrounds and outlooks, said Margaret O’Mara, the author of two books about the tech industry and the chair of American history at the University of Washington.

“The thing that has made Silicon Valley go from the very beginning is its networks, and these networks have been very small and tight, with a few people at the top, and they’ve also been pretty homogeneous,” O’Mara said.

The danger, she said, is that such a small group will be too insular. “It becomes harder and harder to keep in touch with what the rest of the world is thinking and how it’s responding,” she said.

The new crowd replaced a C-suite with a long tenure at Twitter, and the company’s most prominent women are now gone, including chief marketing officer Leslie Berland and Vijaya Gadde, who had been its longtime chief of legal and policy issues. Ex-CEO Parag Agrawal had worked at Twitter for more than a decade.

Calacanis has used Twitter the past few days to try to reassure users that everything will be OK and that its rule against hateful conduct has not changed. “I’ve been using twitter daily since 2006 — this product is so special and important,” he tweeted Tuesday.

Sacks, Calacanis, Spiro and Birchall did not immediately respond to questions about the company’s future and the nature of their roles there. Krishnan declined to comment.

The stakes are especially high with the midterm elections just days away and even ahead of the 2024 presidential contest, in which Twitter will likely help set the political agenda. And underscoring the platform’s role, some politicians worry that social media is helping to fuel political violence in the real world.

The hiring of Spiro, a partner at the New York firm Quinn Emanuel Urquhart & Sullivan, indicates Musk wants a street fighter by his side. Spiro, 39, is said to be a tough-as-nails litigator who does not shy away from publicized battles. He successfully represented hip-hop king Jay-Z in a breach-of-contract case last year, for example.

John Quinn, the chair of the law firm where Spiro is a partner, said Spiro moves quickly and does not waste time — qualities that might fit well with Musk’s mercurial nature.

“He is great on his feet, a very quick thinker and has a gift for the memorable, pungent phrase,” Quinn said in an email.

Sacks, 50, and Calacanis, 51, became wealthy during the long tech boom of the past two decades, and more recently they have parlayed their riches into growing media footprints through podcasts, interviews, political donations and Twitter itself.

Sacks was an early PayPal employee along with Musk, part of a group later known as the “PayPal Mafia” because of how many companies the group started. The group also included Peter Thiel, the billionaire entrepreneur and conservative activist who co-wrote a book with Sacks called “The Diversity Myth.” (Sacks has since sought to distance himself from the book, which criticized multiculturalism in higher education.) Sacks went on to co-found Yammer, a workplace social network that Microsoft bought for $1.2 billion in 2012. 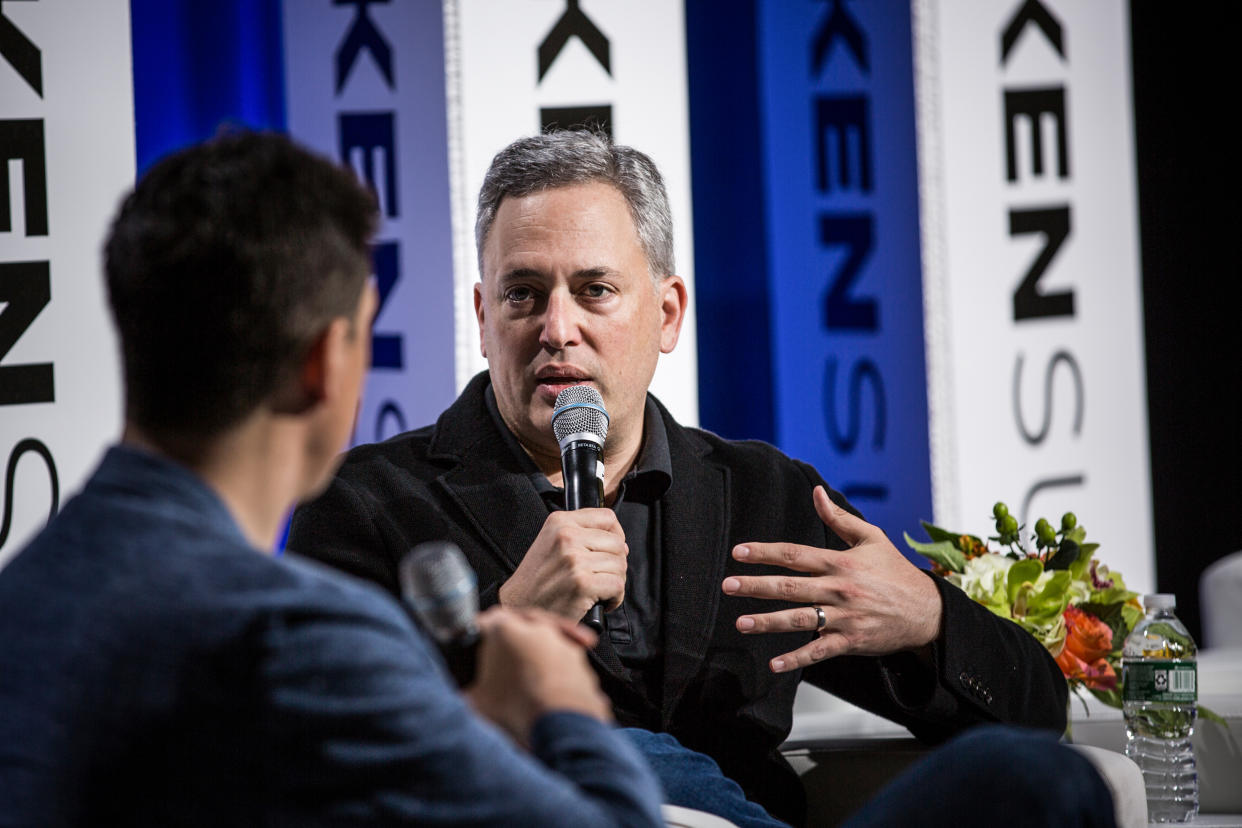 Sacks has invested in a series of hit startups that have added to his wealth, including Airbnb, Slack and Uber, where he was once a top 10 all-time user of the ride-sharing app.

Calacanis got his start as a tech writer, blogger and founder of various media startups, including Inside.com, which covered the media industry. He found his way into investing as a scout for Sequoia Capital, a major venture capital firm, when he invested $25,000 in Uber in its earliest days. His other investments include the finance app Robinhood and the gig-work startup Thumbtack.

It is rare for tech investors to jump into day-to-day company roles once they have reached the level of Calacanis or Sacks, but the Twitter situation is unlike any other, said Kyle Stanford, a senior analyst for venture capital at PitchBook, a research firm.

“They are huge in the VC world,” he said. “They probably see it as a very unique opportunity to take an operational role at such a massive company.”

In text messages with Musk that later became public as part of the Twitter deal, Calacanis floated himself as a possible Twitter CEO or anything else Musk wanted.

“Put me in the game coach!” he texted. He also suggested using a return-to-office mandate to force employee resignations.

Beyond their investing, Calacanis and Sacks have built a loyal following with their “All-In” podcast with two other co-hosts, investors David Friedberg and Chamath Palihapitiya. The four, who call themselves “the besties,” talk about economics, tech, politics and their lives as wealthy middle-aged men in the San Francisco Bay Area.

Sacks and Calacanis were heavily involved in the successful campaign to recall former San Francisco District Attorney Chesa Boudin, a rising hero of the left who clashed with the police and came to be the center of a local debate over crime policy.

Sacks is the more vocally political of the two, known for railing against what he perceives as establishment groupthink, Big Tech’s censorship regime, the excesses of the progressive movement and other issues. In a tweet about Musk’s plan to charge $8 for “blue check” verification badges, Sacks took a shot at the “entitled elite.”

He has allied himself with the tech industry’s vanguard of right-leaning activists, making the rounds on podcasts hosted by influential conservative personalities like Megyn Kelly, Glenn Beck and Dave Rubin.

Lucy Bernholz, the director of Stanford University’s Digital Civil Society Lab, said the members of Musk’s circle seem to be underestimating the power they now have, and she worried they would loosen hate-speech rules even if they have not yet.

She took it as an ominous sign for the future spread of misinformation that Musk on Sunday posted a tweet with an unfounded conspiracy theory about the attack on House Speaker Nancy Pelosi’s husband, Paul Pelosi. Musk deleted the tweet after he came under criticism.

Sacks has argued against the Biden administration’s aggressive involvement in the conflict in Ukraine. Musk has staked out a similar position, laying out ideas for “Ukraine-Russia Peace” in a tweet Oct. 3; the terms included Crimea’s formally becoming part of Russia and Ukraine’s remaining a neutral country.

In an opinion piece for Newsweek, Sacks defended Musk’s proposed “peace deal” to end the war and accused his critics of seeking to “shut down debate.”

“What matters in this story is not that Musk was told off, but rather, that a Twitter hive mind is using the same intolerant cancellation tactics that they use to shut down debate on domestic political issues in order to shape U.S. policy toward Ukraine,” Sacks wrote. “They are doing so by demonizing dissent, defaming opponents, and closing off as ideologically unacceptable any path to peace or even deescalation.”

Sacks has written checks for candidates all over the political spectrum, according to the transparency website Open Secrets: to Republicans John McCain, Mitt Romney and Ron DeSantis and to Democrats Hillary Clinton, Kyrsten Sinema and Gavin Newsom. Last year, he changed his mind about Newsom, the governor of California, and gave $190,000 to support an unsuccessful recall, Open Secrets data shows.

Calacanis has given less to federal candidates, but he donated to Clinton three times, according to Open Secrets.

Sacks’ belief that the major Silicon Valley technology firms censor speech will likely draw greater attention as Musk works to formulate content-moderation policies and try to tackle what some users see as an epidemic of misinformation, disinformation and offensive content. 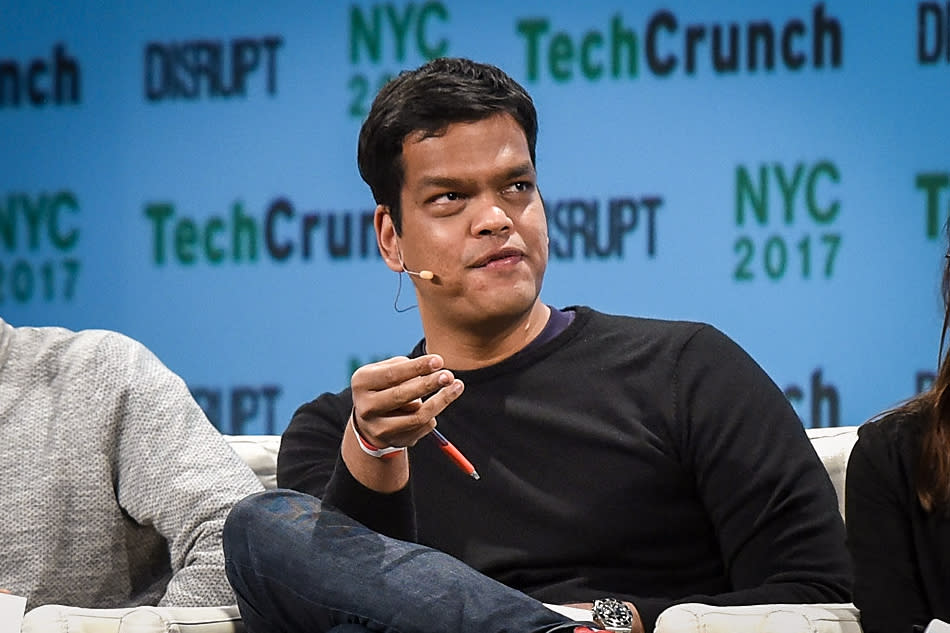 Krishnan, 39, worked in the engineering trenches of Big Tech for years — at Microsoft, Facebook, Snap and Twitter — before he moved into investing.

He gained celebrity status within tech circles last year, when he and his wife, Aarthi Ramamurthy, launched a talk show on the audio-only chat app Clubhouse during the app’s pandemic-fueled bloom. “The Good Time Show” has hosted Musk and Facebook co-founder Mark Zuckerberg, and it has a cheery tone to match its name.

“The internet, Twitter, it’s such an amazing leveling ground,” Krishnan said on a recent episode with his boss, the investor Marc Andreessen. The two met through Twitter, he said.