End of an era: Boeing’s final 747 jumbo jet leaves its Washington factory 53 years after ‘Queen of the Skies’ took its first flight, with Elon Musk among fans paying tribute to ‘best aircraft ever’

After more than half a century of production, the final Boeing 747 plane rolled off an assembly line in Washington state on Tuesday evening.

The machine will head to Atlas Air to become a cargo plane, as the Chicago-based company retires the model that was known as the Queen of the Skies.

The 747 model, distinctive for its massive size and prominent second floor bulge, became Boeing’s most popular plane. Its size allowed it to be part of many iconic and revolutionary space-related projects over the years, including ferrying the space Shuttle from a landing strip in California to a launch site across the country in Florida.

Next week, Virgin Orbit’s modified Boeing 747, Cosmic Girl, is set to take off after 10pm GMT Wednesday, December 14, and soar to a high altitude of around 35,000 feet.

Modern space entrepreneur Elon Musk shared in the sentimental send-off of the Boeing 747, writing on Twitter, ‘One of the best aircraft ever,’ under a post from the company. 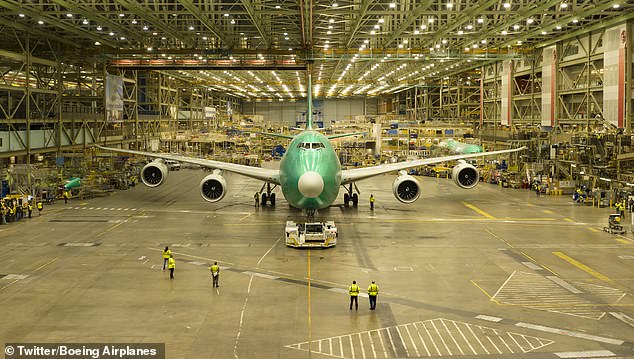 The final Boeing 747 jumbo jet rolled off the assembly line in Washington state on Tuesday evening en route to its final Atlas Air destination, where it will land in early 2023 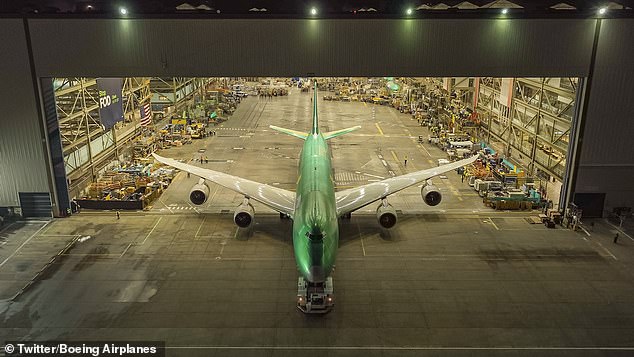 SpaceX founder Elon Musk joined others on Twitter  in sending the model off, calling it ‘One of the best aircraft ever’

‘There she goes! The last ever 747 has left our Everett factory ahead of delivery to Atlas Air in 2013. #QueenOfTheSkies,’ wrote Boeing Airplanes on its Twitter page.

Though the jumbo jet was once the choice of the rich and famous, the model’s days as a passenger jet is now largely over. Though, a 747 is still the model of Air Force One and has been since 1990. The passenger versions of the plane could carry between 400 and 500 people.

In 2020, Boeing signaled the end of 747s, even as freight planes, as customers moved away from purchasing new versions of the gas-guzzling model.

According to CNN’s report, there are currently only 44 passengers 747s still in service, most of which are flown by Lufthansa.

Boeing delivered its first 747 passengers jets in 1969 to TWA and Pan AM – two airlines no longer in existence. Delta Air Lines became the last American airline to fly a passenger 747 in 2017.

This final 747 will go to Atlas Air Worldwide Holdings, which will operate the plane for Swiss logistics company Kuehne+Nagel.

After its Tuesday evening send-off, it headed to another Boeing facility for painting and final detailing before its early 2023 delivery date.

It is, however, not yet clear what will become of the Boeing factory in Everett, Washington, where the 747s have been built. The company says it does not plan to keep it open, but its massive size – 200 million cubic feet – makes it technically the largest building in the world by volume, according to Boeing.

In total, Boeing built 1,570 747 planes during the model’s noteworthy run.