Examine, a free weekly newsletter covering science with a sceptical, evidence-based eye, is sent every Tuesday. Below is an excerpt – sign up to get the whole newsletter in your inbox.

On Friday, the national cabinet decided Australia’s mandatory isolation policy – which requires a person to stay home for five days if they catch COVID-19 – will end on October 14. It is the last major restriction to go and highlights that our society is now living with the virus, rather than trying to prevent its spread.

But in retreating from the pandemic to a state of “back to normal”, our leaders have missed a golden opportunity to reframe how we deal with illness in Australia.

In particular, over the past two-and-a-half years, we glimpsed a world where respiratory viruses in general were not treated as a minor annoyance but rather as a serious public health issue with a solution. 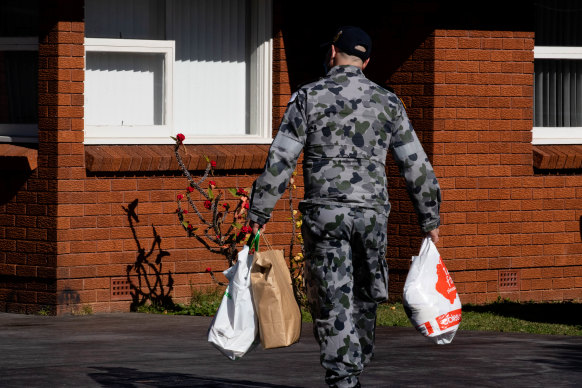 Rates of influenza dropped to almost zero over 2020 and 2021, as did a range of other respiratory viruses such as respiratory syncytial virus.

Obviously, to achieve those numbers, we had to shut the borders and force most of the population into extensive lockdowns – measures that are simply not tenable in the long term. But there are a number of other measures to curtail the spread of viruses that can be implemented relatively easily.

One of those is masks, which have unfortunately become politically loaded in recent times as mandates were rolled back and it was left up to individuals whether to wear them.

Another measure is indoor air quality, yet Victoria is alone in progressing with any serious plan to implement air filters in some indoor settings.

Dr Ian Mackay, a virologist with the University of Queensland, says the key going forward – and has been throughout the pandemic – will be to have multiple measures that complement each other in place at the same time.

“We have, mistakenly I think, hung too many things over the past few years on a single thing at a single time – be it a vaccine, or masks or what have you. But it’s not one thing, it’s multiple things working together that have a real effect.”

By removing support for people who are isolating at home with COVID-19, we are putting the onus firmly on employers to ensure their employees do not work while sick.

While some organisations may have good sick leave policies, the reality for many workers, especially those in casual employment, is that they often have no choice but to work while sick. There needs to be national leadership on the issue, where politicians bring employers along with them to a more just – and more productive – society.

Professor Catherine Bennett, chair in epidemiology at Deakin University, says by returning as quickly as possible to a state of “normal”, authorities risk invalidating in the public perception many of the measures that did work well and could do so again.

“We can’t not be aware of the things that have worked. If you put people through trauma for two-and-a-half years and then say, oh well, we’ll stop now, it makes people very frustrated,” she says. “We have to be really focused on what worked, and why it worked.”

Restrictions are a balance – one that reveals who we are

Public health policy is about balancing health, fairness and freedom.

At the start of the pandemic, when the health risks were enormous (and somewhat unknown), it was easy to set policies that protected health at the expense of freedom. 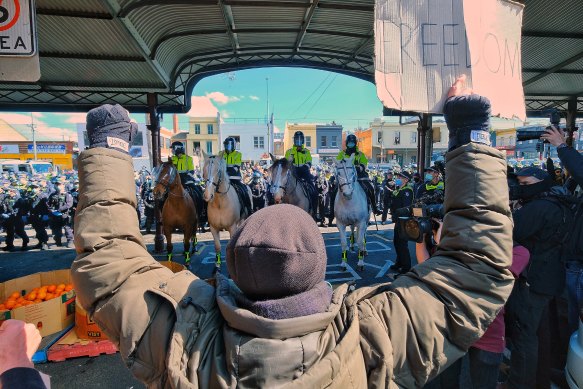 However, the risks we face now from COVID-19 are not evenly distributed.

Nearly all the risk now accrues to the most-vulnerable: the elderly first, and then the disabled and the chronically ill.

“The question, critically, is what do we owe those individuals?” says Dr Diego Silva, senior lecturer in bioethics at Sydney Health Ethics. “That is the crux.”

Before we can answer that, we need to remember our vulnerability changes throughout life. A young, healthy person will likely eventually become old and vulnerable to illness.

The effect of restrictions on liberty is not equal either. Restrictions tend to weigh more heavily on the young and social; mandatory isolation is particularly harmful for people in insecure work without paid sick leave. In one of our most controversial pandemic chapters, we asked children to forego schooling to protect the health of others.

All this boils down to a question we have been asking since humans started living in large groups: how do we balance the wants of the majority (who face less risk) with those of the minority (who face more risk)?

Some societies are making a clear choice to value public health over individual liberty. China, for example, continues to lock down enormous parts of society. Individualistic America has long been prepared to allow the virus to spread, regardless of the impact on the vulnerable.

“There is no overwhelming ethical argument either way,” says Professor Paul Komesaroff, director of the Centre for Ethics in Medicine and Society. “There is no inherent reason to prefer an argument about individual freedom over one in favour of care or love for our neighbours.”

Australia has taken the “middle path” till now, he says. “For the most part, health professionals, such as myself, favour a mutual care pathway that tolerates greater, temporary restrictions on individual liberties.”

We’re clearly not going down Komesaroff’s favoured path. And I think that choice reveals something fundamental about us – the same feature that was exposed when Australia convulsed with anger about not being at the front of the global queue for vaccines (despite us having very little virus at the time) and when we raided a stockpile of jabs meant for poor countries. It seems as a society we choose to care less about the health of the vulnerable and less-fortunate than we do for individual liberty.

Enjoyed this article? The Examine newsletter explains and analyses science with a rigorous focus on the evidence. Sign up to get it each week.