EPHRAIM HARDCASTLE: Is it time for St Elizabeth of Windsor?

EPHRAIM HARDCASTLE: Is it time for St Elizabeth of Windsor?

Could the Queen be canonised as St Elizabeth of Windsor?

Roman Catholic peer Charles Moore makes the proposition, pointing out that the Church of England, of which she was Supreme Governor, accepts pre-Reformation canonisations and could recognise the Queen. 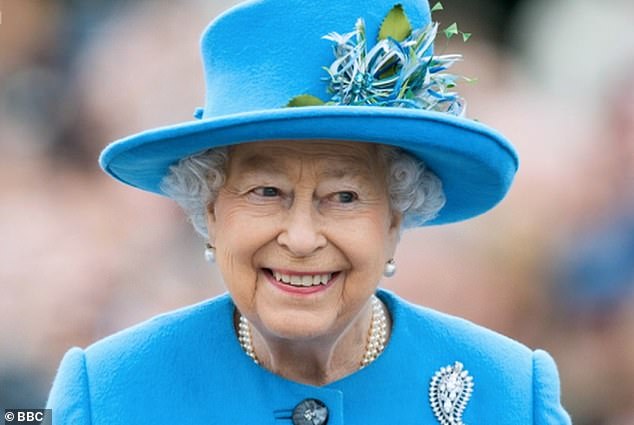 ‘If it were minded to do so,’ he writes in The Spectator, ‘this is the best possible moment to start.’

She also possessed, he argues, the two formal qualifications for sainthood – heroic virtue and two miracles, adding: ‘The world is already full of people who believe the late Queen cured them of this and that.’

Lord Moore has a vested interest in HM’s elevation to sainthood. He claims that his cousin’s anxiety was cured by seeing the Queen’s catafalque. ‘Behold,’ he tells me, ‘the wonderful experience of grace cast out his fear.’ Pope Francis remains mute.

Holly Willoughby and Phillip Schofield’s public squirming on This Morning about ‘never jumping a queue’ after their visit to the Queen’s lying-in-state triggers glee at ITN. Staff accuse the duo, inspired by editor Martin Frizell, of muscling in on their territory with royal news specials. Says one: ‘This is, historically, the preserve of ITN. So there is a certain amount of satisfaction in seeing the Twitter storm demanding their resignation. There is schadenfreude at ITN.’ 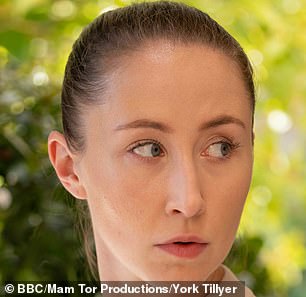 Clearing her throat to star in The Crucible at the National Theatre, Erin Doherty, pictured, wants to stretch her thespian talents.

‘I need a gay drama!’ yells the actress, who played Princess Anne in The Crown.

‘I want the intricacies of what it means to be a member of the LGBTQ+ community.’

As the late Michael Winner advised: ‘Calm down, dear!’

Discussing his appearance this week on the US version of The Masked Singer, Monty Python’s Eric Idle recalled asking Paul McCartney’s permission before performing Love Me Do. ‘I wrote to him and asked if I could do it. I got a letter back saying, ‘Yes you can do the song. But would you please tell me what show it is, so I can make sure to avoid it’.’

Ostracised thespian Laurence Fox’s plight has been condemned by cousin Freddie. ‘Cancelling people’s points of view and cancelling their livelihoods and their lives – and the effect that that has on their families – is also inhuman. It’s so stupid.’ At least work is on the up for Laurence. He is standing in for holidaying Nigel Farage on GB News.

Prue Leith recalls serving the Queen a cup of tea at a Westminster opening: ‘I asked if she wanted it black and I put a piece of lemon in, and then she said, ‘No lemon’. I got a cocktail stick and fished out the lemon and topped it up with hot water. She then said, ‘I like it strong’. Poor woman. I gave her weak lemon tea and she wanted strong black tea.’ Isn’t it a minor miracle that Prudence the inept waitress got a Damehood!