An estate agent accused of pulling a pair of scissors on her ex-boyfriend and spitting at him during a Cava-fuelled fight during lockdown has been cleared of assault.

The pair had split up some five weeks earlier, but Miss Ollerton had gone to her ex’s flat to use his shower while hers was repaired, because they were in the same Covid bubble.

Miss Ollerton allegedly flew into a rage after Mr Rhys, a former psychology lecturer at Coventry University, said he was going to his bar which had been ordered to shut due to the pandemic.

Miss Ollerton became angry in the mistaken belief that he was going to illegally open up his premises to customers, the court heard.

But Ms Ollerton was cleared of assault by beating at Tameside Magistrates’ Court after magistrates found inconsistences in Mr Rhys’ evidence and said the case against her had been ’embellished’ by her former partner. 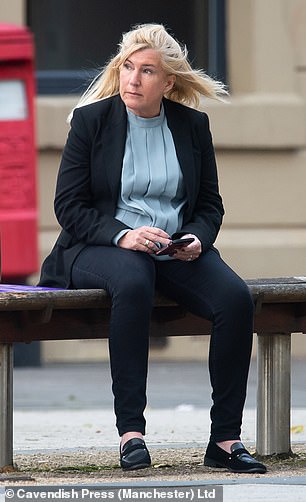 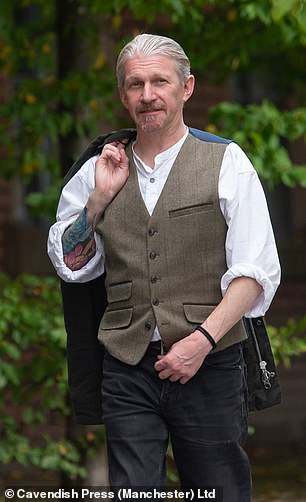 Tameside Magistrates’ Court cleared Miss Ollerton (left, outside court) of assault by beating because of inconsistencies in the evidence given by Mr Rhys (right, outside court) 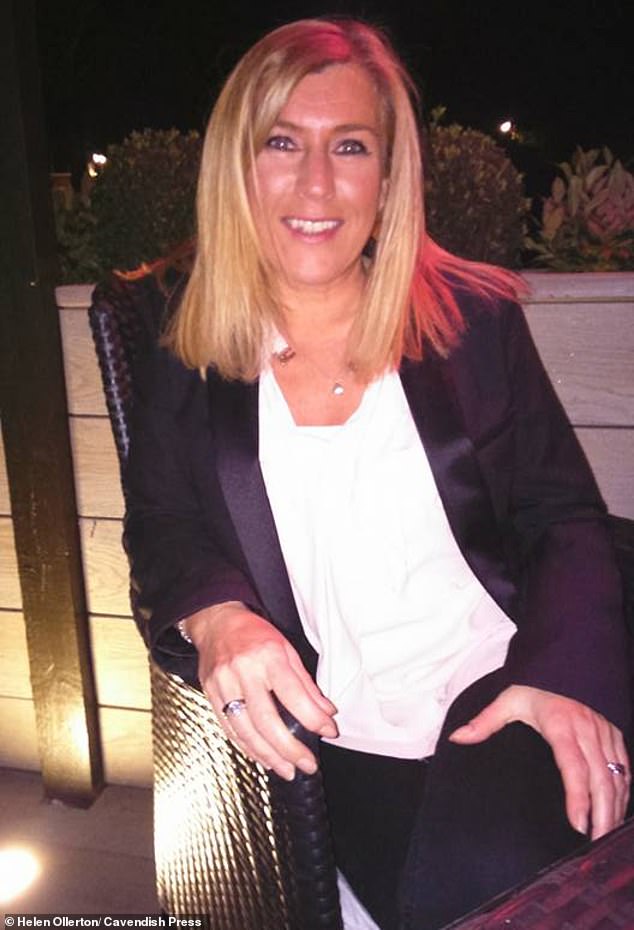 Mr Rhys said that Miss Ollerton ‘is essentially a charming, good professional person’ during the trial at Tameside Magistrates’ Court where he accused her of assault 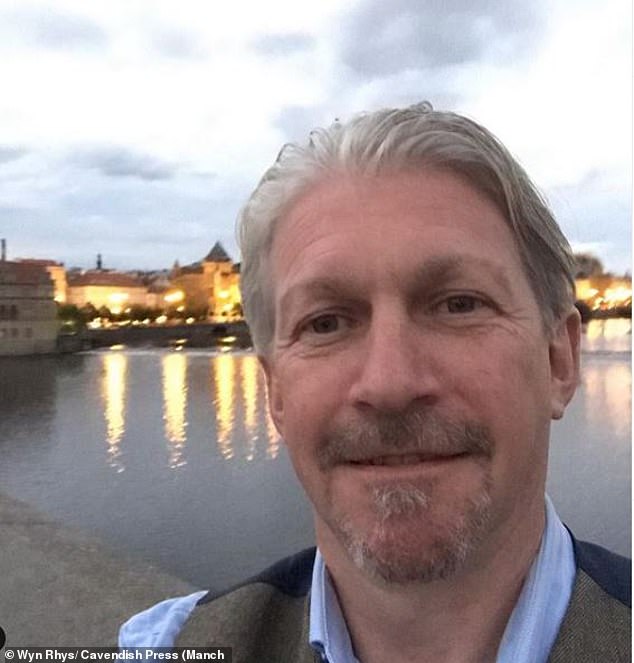 During the ensuing scuffle at Mr Rhys’ rented basement apartment near Altrincham, Greater Manchester, Miss Ollerton was accused of threatening him with scissors.

Miss Ollerton also stood accused of spitting at her ex-partner while he was said to have kicked at her causing bruising to her wrist.

The incident occurred during the Government’s ‘firebreak’ lockdown in November – five weeks after the couple had broken up.

Despite the split, the pair were in the same Covid bubble and Miss Ollerton asked if she could use his shower, due to her own bathroom undergoing renovation work.

Miss Ollerton told the hearing: ‘My parents were self-isolating and they’re in their late 80s, and my friend suffers from cancer and I needed to shower and clean myself and Wynn was my only option.’

Mr Rhys, who runs the Mort Subite bar in a former mortuary, told the hearing: ‘She is essentially a charming, good professional person and there was no reason why I would not let her round.

‘Helen then became agitated and it spiralled into an argument. She was verbally and physically aggressive.

‘I encouraged her to leave, which she did not. Sadly, what occurred that afternoon just got worse and she picked up some scissors and thrust them at me.

‘I was quite fearful for my physical safety. At that point, Helen went into my bedroom and started to cut up my bedding and my quilt.’ 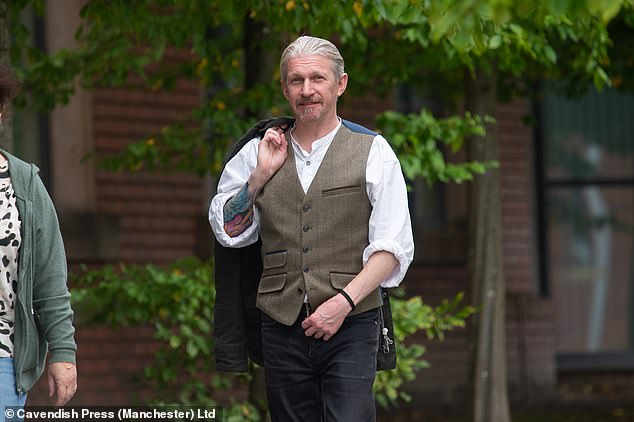 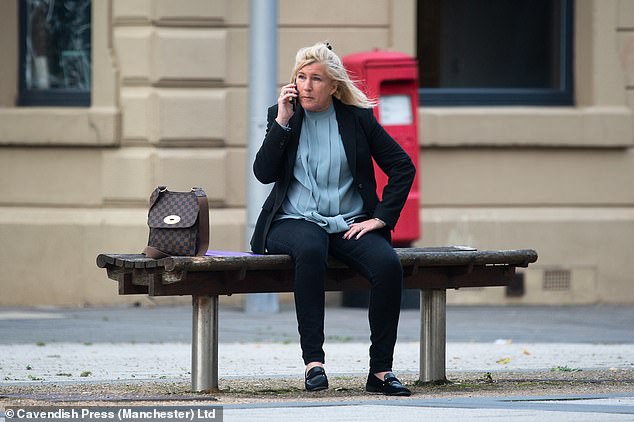 Clearing Miss Ollerton, magistrates told her: ‘The facts that are not disputed: the defendant and the complainant were both present and an argument took place.

‘The facts that are in dispute: that Miss Ollerton assaulted Mr Rhys.

‘We found your evidence was credible and concise. We found Mr Rhys’s evidence to have inconsistencies, causing a loss of its credibility.

‘There was the issue with the scissors and there was embellishment as the case progressed.’

a, agent, Cava-fuelle, Estate, Had
You may also like: