Esther Dingley's funeral to be held close to Pyrenees

The family of hiker Esther Dingley have announced funeral plans with her ashes being scattered in places ‘close to her heart.’

A private cremation will be held close to the Pyrenees where her body was found after nine months.

Messages from her friends will be read out at the service with the family setting up an account for friends and well wishers to leave their thoughts.

Her parents Ria and Terry and boyfriend Dan Colegate, who found her body on the French side of the Pyrenees, spoke of their ‘nine months of uncertainty’ but added she had been found among the ‘mountains she loved so much.’

They said her ashes would be scattered in ‘places close to her heart’ with the area where she died likely to be among them. 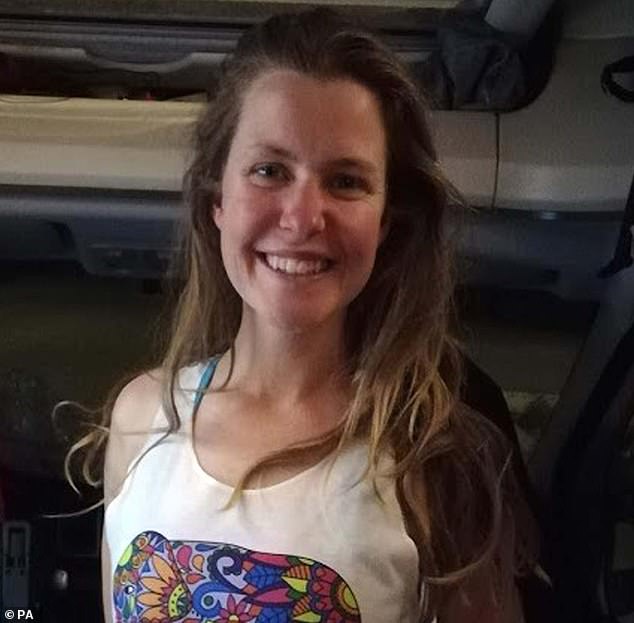 The statement said: ‘Dan, Ria and Terry are saddened by the passing of their beloved Esther who, after nine painful months of uncertainty, has now been found among the mountains she loved so much.

‘Once Esther is returned to the family, a small, private cremation will be held close to the Pyrenees before Esther’s ashes are scattered in a number of places closest to her heart.

‘In lieu of cards and flowers, the family asks that people consider a donation to the charity Sightsavers who work to tackle preventable blindness around the world.

‘This is a charity Esther long supported in line with her commitment to sharing the beauty of our planet.’

French investigators have said Esther plunged almost 100ft to her death after losing her footing on the northern slope of the Pic de la Glere.

The remains of her body were found 400m from the peak with her possession scattered around her.

Bone fragments from her skull were found last month having been dragged from the body by wolves of bears that roam in the area.

An autopsy found that Esther died instantly from the fall suffering multiple fractures.

The experienced hiker had gone missing last November while on a solo hike while her boyfriend Dan stayed at a rented farmhouse 100 miles away in France.

He raised the alarm after he failed to hear from her in three days. 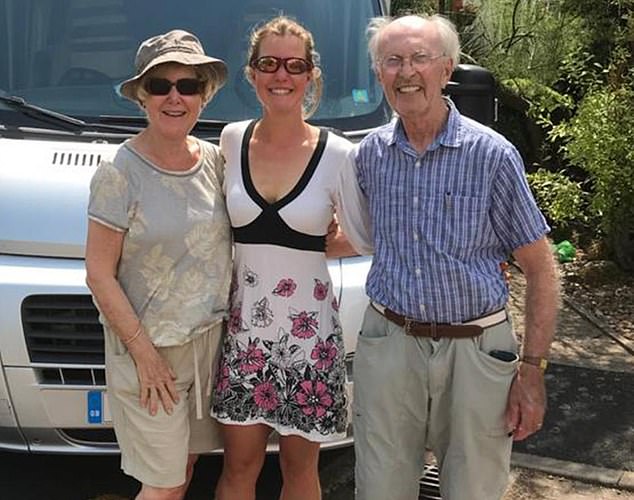 Her parents Ria and Terry (pictured with their daughter) and boyfriend Dan Colegate, who found her body on the French side of the Pyrenees, spoke of their ‘nine months of uncertainty’ but added she had been found among the ‘mountains she loved so much’

French and Spanish teams searched an area covering over 700 miles but the onset of winter and snowfall in the high mountain area meant they couldn’t continue.

The search resumed in the Spring and Dan, 28, took a leading role in retracing Esther’s steps.

Helicopters and drones were used in the search which intensified after skull fragments were found in July.

Two weeks ago Dan found the remains and alerted French search teams who removed the body. It was taken to Toulouse for an autopsy.

In preparation for the cremation and service the family have set up a fund raising page ‘Remembering Esther’.

In their statement the family said they wanted to reiterate their gratitude for the work of the charity LBT Global who have assisted them in the last nine months.