‘The numbers were excellent!’ Entrepreneur reveals how she spread the story of her ethical fashion brand using MailOnline’s Ad Manager

When Sarah Jordan was travelling around Uganda in 2016, she was shocked by how many women and children didn’t have access to something we all take for granted – underwear.

This doesn’t just cause obvious health and hygiene issues, it also means many girls are forced to miss school during their periods, significantly harming their education and personal development.

Sarah, 46, wanted to do something that would make a difference long term, so decided to set up her own ethical underwear business, Y.O.U Underwear. For every pair of underwear that is bought, another two are donated to adults and children in need. 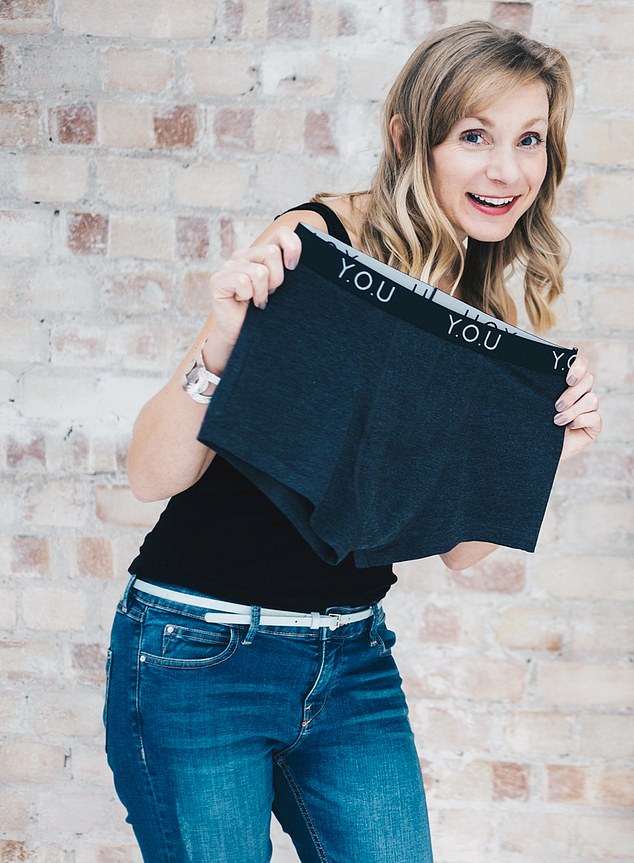 ‘I believe underwear should be universally available to people in all communities,’ she says. ‘So, I decided to create a business that sells underwear on a buy-one-give-two model. It’s really quite simple!’

Y.O.U ensures its whole supply chain lives up to its ethical principles, with all products made using Fairtrade-certified organic cotton by workers paid a fair wage. Meanwhile, the company’s B Corp categorisation means it is regularly audited to ensure it is meeting strict social and environmental standards.

The campaign was seen by 1,300,317 people, and delivered 1,355 potential new customers to their website.

Then, in 2019, the company faced a series of challenges after Covid outbreaks led to lockdowns across the world.

‘We had problems supply wise over Covid because everything shut down, with India – where most of our cotton is from – also affected,’ says Sarah.

‘Our sales did quite well though because everyone was shopping online and looking for comfortable underwear – 2021 was actually harder because many people began returning to physical shops.’

In November last year, Sarah seized at the chance to open a pop-up stall at the Oxford Covered Market. Recently, she signed a one-year lease, and the store now accounts for about half of her company’s revenues.

Sarah says the store has been great for raising Y.O.U’s profile locally, but she also wanted to reach more customers across the rest of the UK to boost online sales.

With this in mind, she seized the chance to try MailOnline’s new advertising platform, Ad Manager, which was set up to help small and medium sized businesses like hers market to its huge audience.

The system is simple to use and much more affordable than conventional newspaper advertising. Entrepreneurs can create their own campaign, set the budget and choose their target audience. Ads can be live in less than 24 hours.

‘We’ve never done any paid advertising before, so this was a massive opportunity to get our message out there,’ says Sarah.

‘Reaching people nationally was a real attraction because we want people across the whole country to come onto our website to hear about us.’ 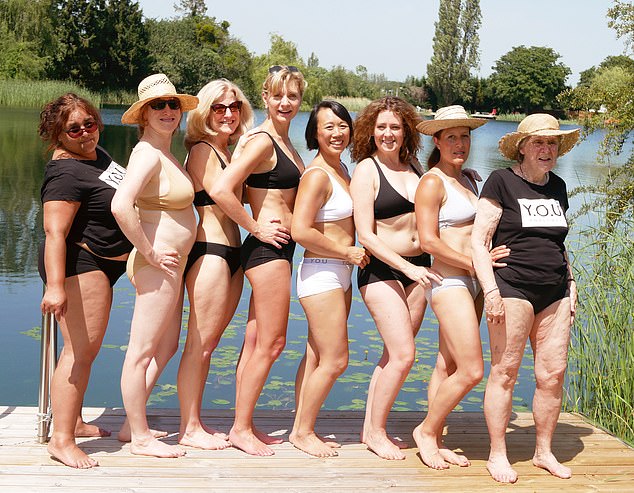 Y.O.U uses normal people in its publicity photos to ensure its images are representative of how real women look

Ad Manager lets you find your ideal customer among MailOnline’s 25million readers by targeting them through specific characteristics such as age, gender, interests and location.

‘We did quite a lot of targeting around travel, leisure interests and mostly women – because about 70 or 80 per cent of our customers are female,’ says Sarah. ‘Most buyers of underwear are women, even when they are getting it for their partners or children.

‘We were looking at a younger demographic from their mid-20s to mid-40s, who were interested in fashion, sustainability and lifestyle.

‘The ads themselves looked really nice. We tried to be representative, so showed real people in our images rather than models – the aim was to produce something that was intriguing and inspiring.’

Over just a week, ads for Y.O.U Underwear were viewed more than a million times, with over 1,100 clicks through to the company’s website.

‘The numbers were excellent and there was a good click rate as well,’ says Sarah. ‘The more people who know and talk about us the better. It should make a real difference.

‘We see that people who visit our site tend to come back. More site visits doesn’t just help us sell more underwear, it also starts those conversations about the ethical issues we are trying to raise awareness about.’

Here’s how you can advertise YOUR small business on MailOnline:

After her trip to Uganda, Sarah did some research to find out if a lack of access to underwear was a problem that affected women and girls in other parts of the world as well.

‘I went on to discover this problem wasn’t unique to the country – about 10 per cent of girls globally are affected,’ she says. ‘And in the UK, we all know about the issue of period poverty.’

Keen to do something to help, Sarah began examining the idea of making her own underwear to raise money for people who can’t afford their own. But she soon hit a stumbling block.

‘I found out that conventional cotton is one of the world’s most polluting crops, which requires a huge amount of pesticides to grow and can expose your skin to chemicals,’ she says. 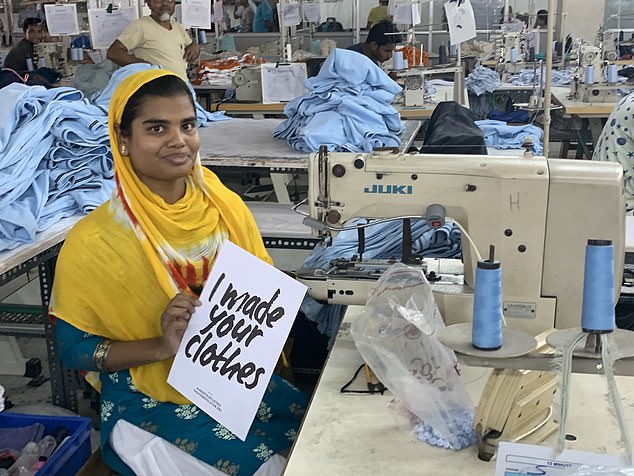 Y.O.U’s underwear is made in India by the country’s leading ethical and sustainable manufacturer

‘It took about a year from learning all of that to decide I was going to make underwear that was fully sustainable. It took a few years to get up and running and in 2017 we had a crowdfunding campaign to get the first products launched.’

Y.O.U started selling underwear in 2018. For each pair bought from the core women’s, men’s and girls’ collections, two pairs are donated to charity Smalls for All. The business also supports menstrual hygiene projects.

As evidence of its high ethical standards, Y.O.U is now the highest scoring B Corp in the UK, with the highest rating for a fashion brand in the world. Its underwear is made in India by the country’s leading ethical and sustainable manufacturer.

While Sarah is proud of her company’s ethical principles, she also focuses heavily on product quality to keep shoppers coming back. Alongside sleek, traditional designs you’ll also find underwear with bright, vivid colours. 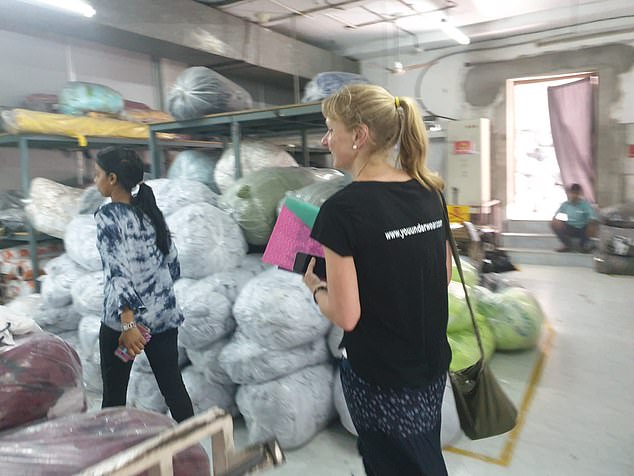 ‘We do underwear in what we call an ”everyday style” for men, women, and girls, but we also have what we call our Mara range of bright African-style prints,’ says Sarah.

‘We’ve got a designer in Nairobi that does those for us. They are totally different to the rest of our range.

‘We use normal people in all our photos because we want to show representative images. We don’t airbrush anything and also offer bigger sizes to be inclusive for all customers.

‘The focus is on the products. The story is good, but people won’t come back if the products aren’t great. So that means keeping them stylish, relevant and comfortable. Fortunately, we’ve got amazing customer reviews.’