Eurostar has secured a £250 million rescue package after warning it was ‘fighting for its survival’ due to the coronavirus crisis.

The cross-Channel rail operator said it has reached a financing agreement with its shareholders and banks.

This includes French state rail company SNCF, which is the company’s majority shareholder.

It came after mounting pressure on the international line after it suffered a 95% drop in passenger numbers as a result of the Covid pandemic.

The UK sold its Eurostar stake to private companies for £757 million in 2015, and the Government resisted pressure to contribute to the bailout.

Transport Secretary Grant Shapps told MPs in February that the Government was ‘very keen for Eurostar to survive’ but insisted ‘it’s not our company’ and its difficulties were ‘the shareholders’ problem to resolve’. 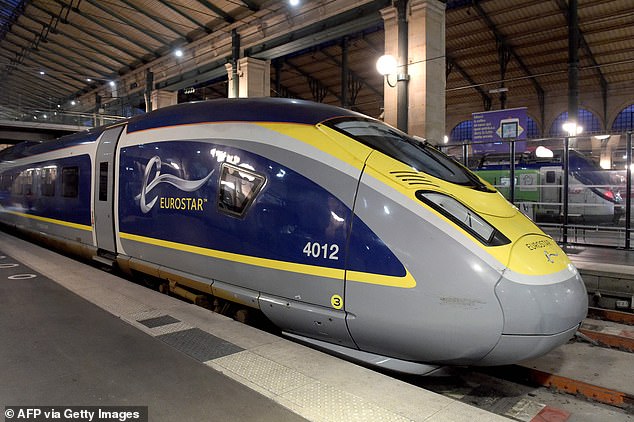 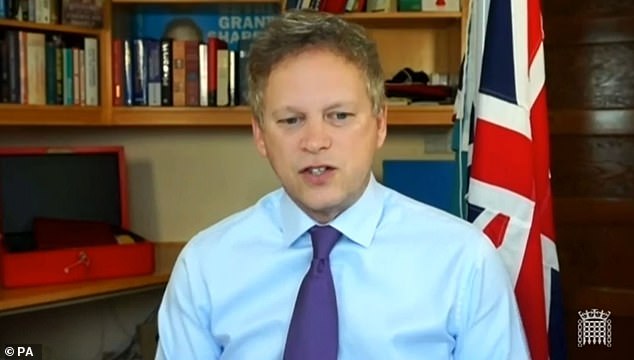 Transport Secretary Grant Shapps, pictured in February, previously said the UK Government will not be responsible for saving the Eurostar as it sold its shares for the company in 2015

Following the announcement of the rescue deal, chief executive Jacques Damas said: ‘Everyone at Eurostar is encouraged by this strong show of support from our shareholders and banks which will allow us to continue to provide this important service for passengers.

‘The refinancing agreement is the key factor enabling us to increase our services as the situation with the pandemic starts to improve.

‘Eurostar will continue to work closely with governments to move towards a safe easing of travel restrictions and streamlining of border processes to allow passengers to travel safely and seamlessly.

‘Their co-ordinated actions and decisions are crucial to the restoring of demand and the financial recovery of our business.’

In November 2020, Eurostar claimed it ‘has been left fighting for its survival against a 95% drop in demand’.

It called on the UK Government to provide further support as it claimed a taxpayer-funded scheme to cover up to £8 million of business rates at each major English airport put it ‘at a direct disadvantage against its airline competitors’.

A dozen MPs also wrote to Chancellor Rishi Sunak at the start of the year urging him to offer financial support, saying French and UK ministers should come up with a joint plan. 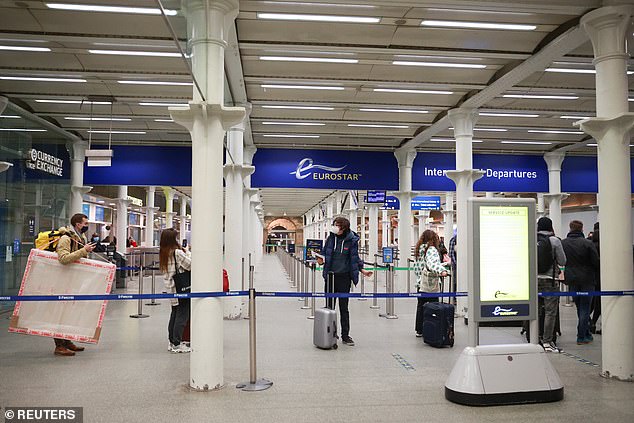 The line, which connects London with Paris, Brussels and Amsterdam, has been credited with reducing carbon emissions.

It launched in 1994 and since then the number of flights between London and Paris has more than halved.

On Tuesday, the firm said in a statement it has ‘experienced a more severe decline in demand … than any other European train operator or competitor airline’ during the pandemic.

Before the virus crisis, its daily timetable consisted of 56 trains.

The firm announced it will increase the number of trains on the London-Paris route to two daily return services from May 27, with a third added from the end of June.

Frequencies will gradually increase over the summer as travel restrictions are eased, the firm said.

It pledged to focus on increasing passenger numbers on its core routes between London, Paris, Brussels and Amsterdam, and ‘maintaining rigorous cost control’ to ensure loans can be repaid.