Follow
Home » World News » ‘Everyone else, including the Queen, used their fingers’: Gai Waterhouse’s cake shame

‘Everyone else, including the Queen, used their fingers’: Gai Waterhouse’s cake shame

London: Gai Waterhouse hasn’t been allowed to forget the first time she met the Queen and, out of respect, ate a slice of cake with a fork.

Training for the Queen Mother at Ascot, the first lady of Australian racing was invited to the royal box for afternoon tea.

“I don’t remember being nervous but do remember eating my Black Forest cake with a fork,” she said. “A faux pas when everyone else, including the Queen, used their fingers! I felt embarrassed! My husband Rob jokingly still teases me about it.” 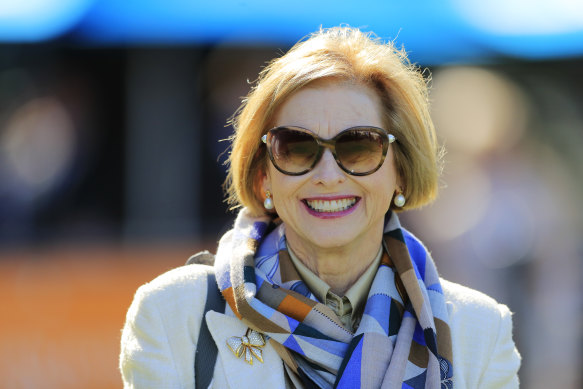 Gai Waterhouse has received an invitation to attend the funeral service at Windsor. Credit:Getty Images

Two of Australia’s most famous racing names – Waterhouse and Hayes – have received personal invitations from Buckingham Palace to an intimate funeral service at Windsor to honour the late Queen.

The palace, in consultation with the monarch in her final years, planned for around 800 guests to attend a committal service at St George’s Chapel at Windsor Castle, which will be her final resting place.

The congregation will be made up of King Charles III, members of the royal family and members of the Queen’s household, past and present, and prime ministers and governors-general of the 14 nations where she was head of state. There will be many involved with her greatest passion – horse racing.

Sydney trainer Chris Waller has been forced to turn down his invitation to fly the funeral with Prime Minister Anthony Albanese, after one of his family members was struck down by COVID.

Waterhouse said her late father, legendary trainer Tommy Smith “loved the Queen” and travelled with his wife Valerie for the Coronation in 1953.

“TJ won the Queen’s Plate at Randwick with Acquidity when the Queen was present and made the presentation,” she said. “They got on like a house on fire. There are marvellous photos of them laughing.”

She said she was “honoured” to be asked to attend Monday’s service, adding that the Queen was “racing’s best endorsement”.

“Moreover, it was palpable to see the pleasure she enjoyed from racing,” she said. 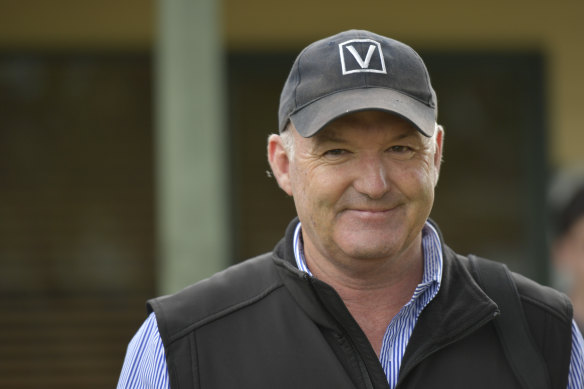 David Hayes, who trained the Queen’s first winner in Australia, has also been invited.Credit:Eddie Jim

David Hayes, whose father Colin hosted the Queen at the family’s Lindsay Park training facility in the Barossa Valley in 1977, said he was touched to receive a phone call from the palace last week with an invitation to attend the service.

“The Queen visited our property when I was 13 to see champion stallion Without Fear and mum and dad hosted her for lunch,” Hayes told this masthead in London.

“It was a huge thing in South Australia. I opened the door for the Queen and I had door-opening rehearsals for an hour. 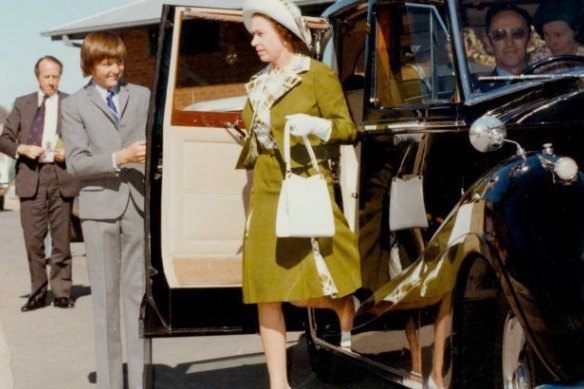 David Hayes, then 13, holds the door for the Queen.

“And of course I trained Bold Sniper, who was the first horse to win a race for her in Australia. Racing was her passion, it was part of her life, and it was a thrill to be involved.”

Hayes was invited to the royal box at Ascot in 2018, with his wife, Prue and son Ben when they took Redkirk Warrior to race at the monarch’s track.

“She was an incredible woman, who just loved racing. She had great knowledge but always wanted to learn more about methods and the reasons behind decisions,” he said.

“She was just wonderful to have conversations with.”

Queen Consort Camilla is expected to take over from Elizabeth II as a royal figurehead for racing and assume oversight for her beloved stable of racehorses.

Although King Charles III will formally inherit the Sandringham stud and ownership of Ascot racecourse, the Queen Consort’s love of horses and passion for racing is likely to see her play a more central role in the affairs of both.

John Warren, who was the late Queen’s racing manager, said last year that Camilla was “absolutely besotted by racing” while Charles only had an arm’s-length interest.

Waterhouse’s husband, Robbie said while the Queen was not a punter there was always a sweep on the main race in the royal box.

“She was generous of spirit,” he said. “She always, when she had a horse in training, sent the stable a sizable Christmas cheque which was made good use of by my staff at the local hotel. No other owner does that. God bless her”.