What are the odds?

When Aaron Judge tied Roger Maris with his 61st home run in September, Fox Sports reporter Sara Walsh tweeted that her husband and Blue Jays bullpen coach Matt Buschmann snagged the ball when it landed in the Toronto bullpen.

On Tuesday, Judge broke the tie to set the single-season AL home run record with No. 62 against the Texas Rangers. Bri Amaranthus then tweeted this about her husband.

THIS IS MY HUSBAND. https://t.co/GNIuP7phnA

The guy in the video is Corey Youmans. He sat in Section 31, Row 1, Seat 3 at Texas' Globe Life Field and was the lucky fan to come away with the ball that's expected to fetch more than $1 million on the memorabilia market.

As for Amaranthus? You guessed it. She's a sports reporter. Amaranthus covers Dallas Sports for Sports Illustrated. She was also a contestant on Season 22 of "The Bachelor." She didn't make it far, but appears to now be happily married to Youmans. 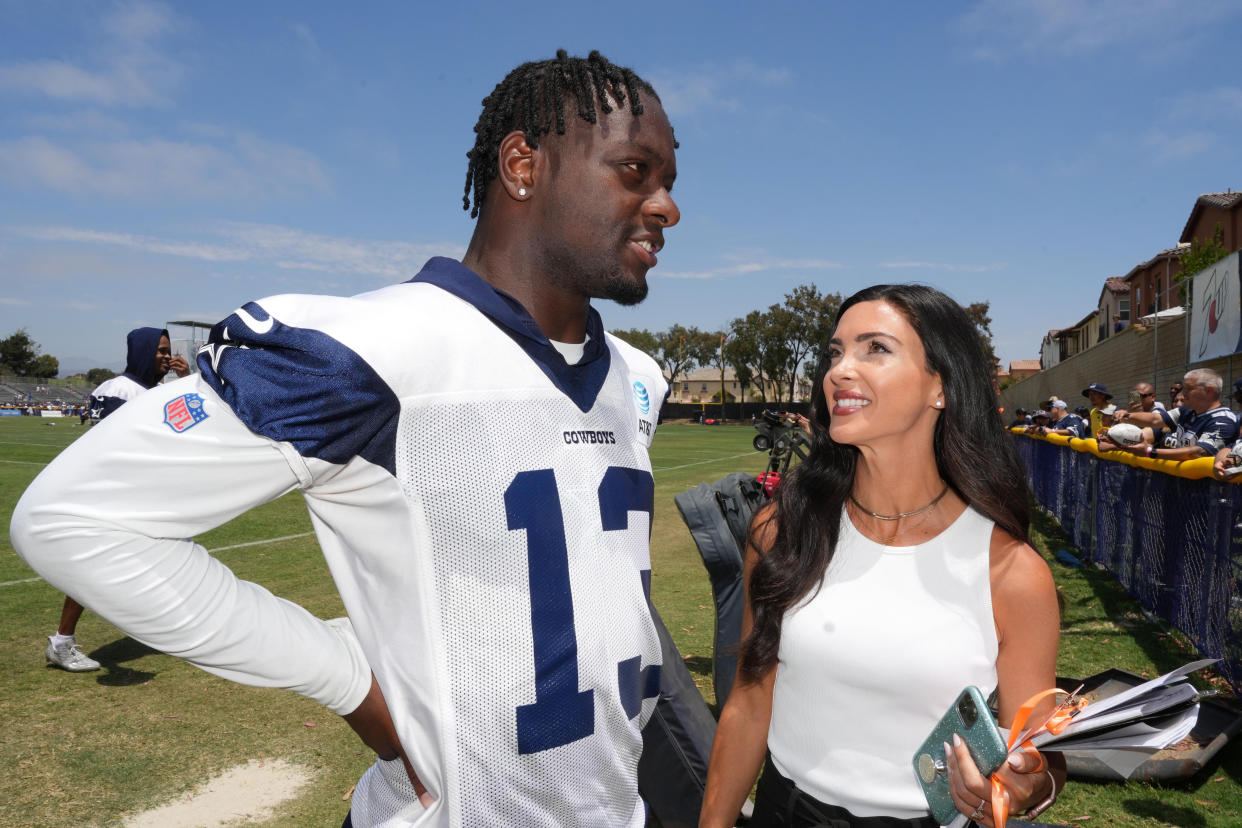 She was certainly excited for him on Tuesday while showing off the historic ball on Instagram. 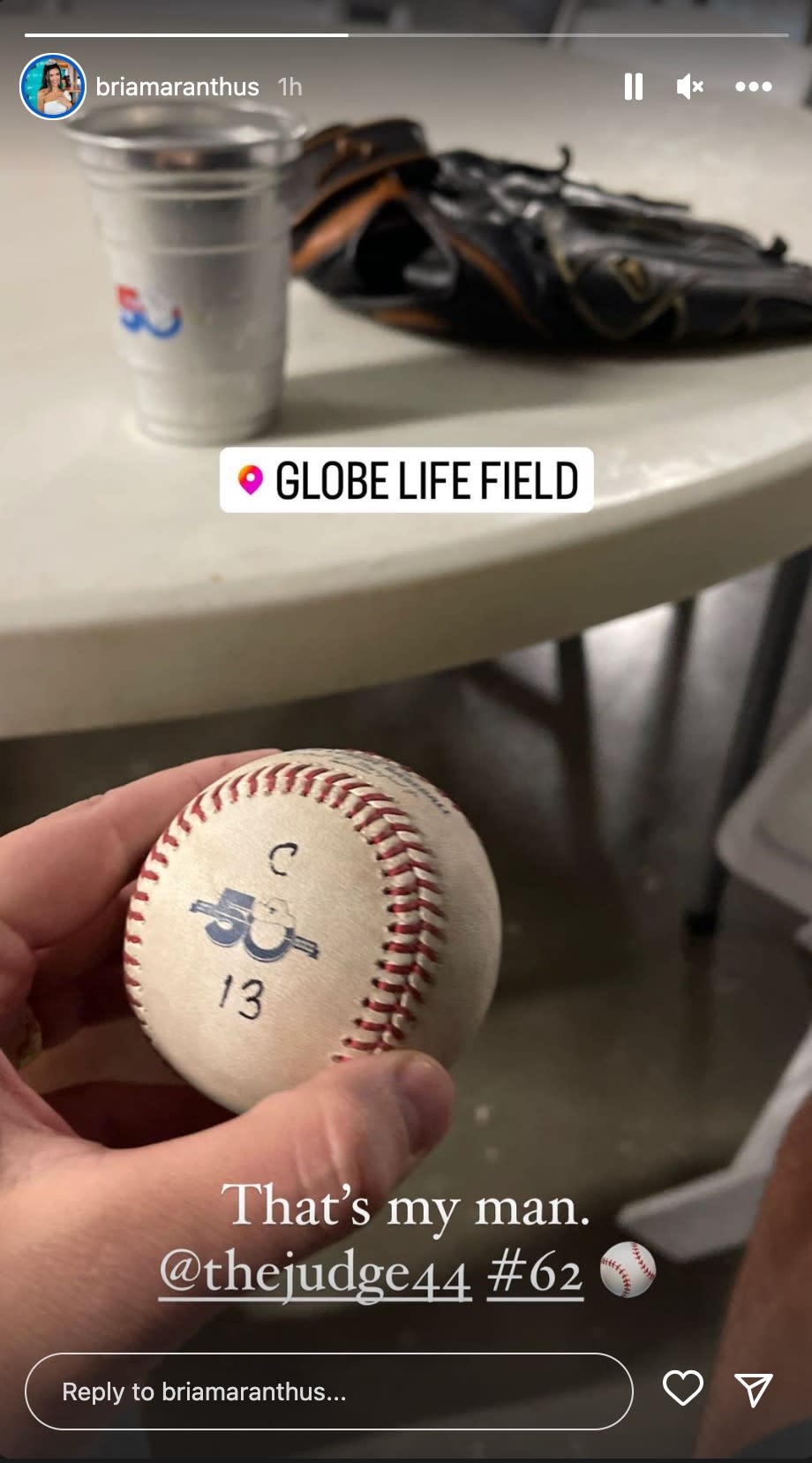 As for the fate of the ball? That wasn't immediately clear on Tuesday. Youmans hadn't decided what to do with it when reporters asked him his plans.

"That's a good question," Youmans said. "I haven't thought about it."

Home run No. 61 didn't stay with Buschmann and Walsh. Buschmann returned it to the Yankees bullpen, where it made its way back to Judge. Judge gave that ball to his mom.

Youmans doesn't work for an MLB team, so he might not be so compelled to part with his seven-figure prize.