The laugh of a killer: Ex-husband jokes with barber shop friends after donning afro wig to stalk his ex-wife then knife her to death

CCTV footage shows the horrifying moment an ‘obsessed and jealous’ killer viciously murdered his ex-wife on her doorstep.

Mohammed Arfan, 42, stalked Marena Shaban, 41, after she left work and followed her before killing her outside her Birmingham home.

Arfan slit his former partner’s throat and stabbed her 20 times in a brutal murder witnessed by a child.

Camera footage from the evening of the attack on January 28 shows Arfan drove and walked past the shop Marena worked in, waiting for an opportunity to kill her. 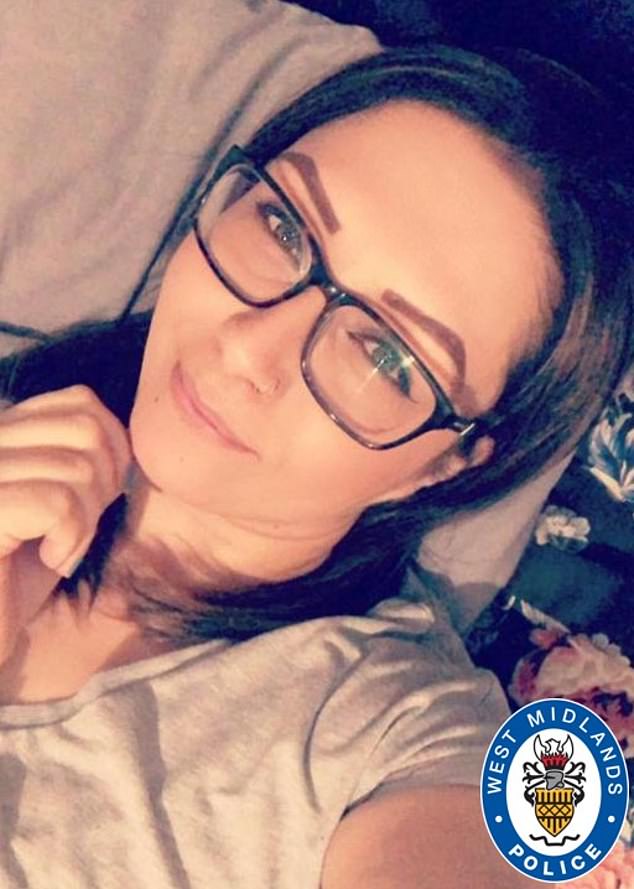 Marena Shaban, 41, was ‘greatly concerned’ her ex-husband was stalking her and blocked his mobile number, the court heard 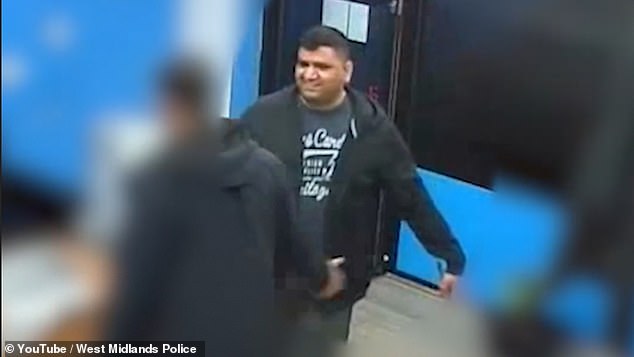 Mohammed Arfan, 42, was caught on CCTV laughing in a barber shop just half an hour after the vicious murder 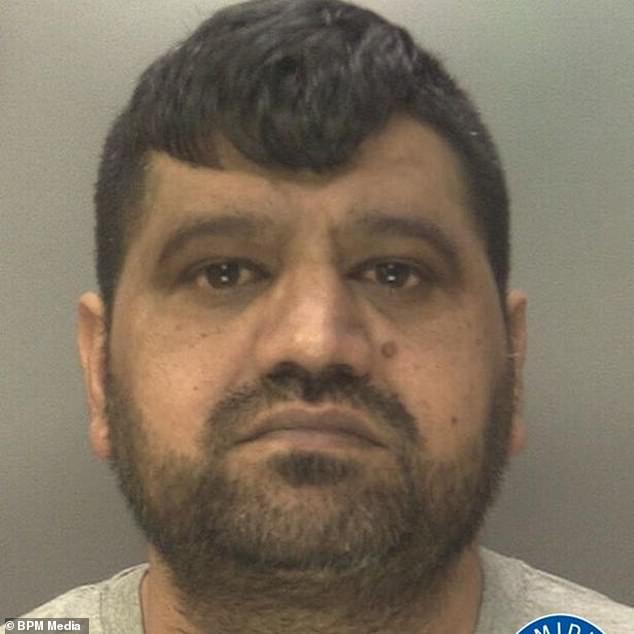 He disguised himself in an afro wig and drove around in a recently-purchased second-hand car before murdering Ms Shaban.

Arfan was also caught on CCTV disposing of the murder weapon, the wig his coat and his car.

Just half an hour after the murder he was laughing and joking with friends in a nearby barber shop.

Appearing in Birmingham Crown Court on Friday July 15, Arfan pleaded guilty to murder – breaking down and crying in front of Ms Shaban’s grieving friends and family.

He said: ‘I have devastated the lives of so many people including my sons, my entire extended family. 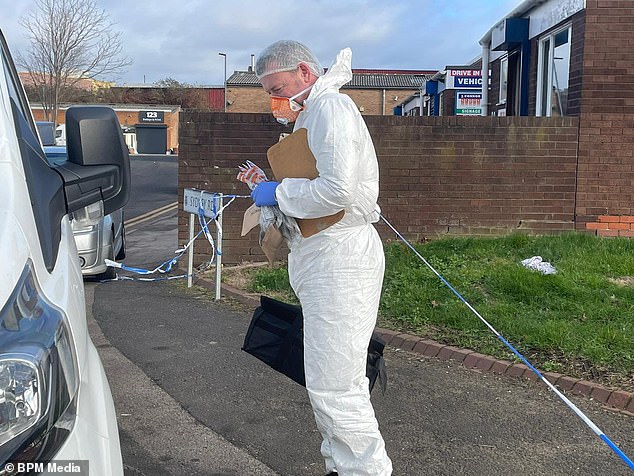 Arfan later returned to the scene of the crime at Ms Shaban’s home in Birmingham, before lying to police about what had happened

‘Most importantly I took away the life of the woman I loved for so many years. If I could bring her back and offer myself in her place I would do it gladly, but instead I have the horrible reality that I am responsible for her death.’

Peter Grieves-Smith QC told the court Merena had been ‘greatly concerned’ that Arfan was stalking her and that he had become ‘obsessed’ with her.

Mr Grieves-Smith added: ‘One witness to the attack was a boy. He saw the defendant approach Marena Shaban as she was about to open the door. He attacked her straight away. He described the attacker as having afro hair.

‘In the defendant’s car was a wig box – the wig matching that description. Returning to the boy, he describes Ms Shaban’s throat being slit. “He just grabbed her and slit her throat”, he said.’

Arfam returned to the scene later, where he saw police surrounding mother-of-four’s body. When relatives told him about the murder later that night he said: ‘Where am I going to find and English-speaking woman now?’

The court also heard Arfan told the police ‘a pack of lies’ after the murder, making up and alibi and claiming he had not seen Ms Shaban for five months.

Mr Grieves-Smith said: ‘A significant feature of this case is the way the defendant was able, having killed her, to feign grief and control his responses to questions after.

‘He visited the scene of the killing and saw the body and lied to the police about his involvement. Those are the actions of a man well able to control his feelings.’

Judge Inman, passing sentence, said: ‘It’s clear from the evidence you were never able to accept the marriage was over and that Marena was free to pursue her own life.

‘You became aware she had met someone else and you became extremely jealous and angry.’

He ruled Arfan’s depression did not play a significant role in his actions adding: ‘Marena told those at work you were stalking her and she felt frightened. Sadly she was right to be frightened.

‘On the 28th of January you murdered Marena. It was a savage and planned attack.’

The judge sentenced Arfan to life in prison with a minimum of 22 years.