SHOCKING footage captures the moment a former paratrooper batters a student in a road rage attack in a row for stopping him overtaking.

Jeffrey Skinner, 60, was convicted of GBH after repeatedly beating his victim during a rush hour meltdown. 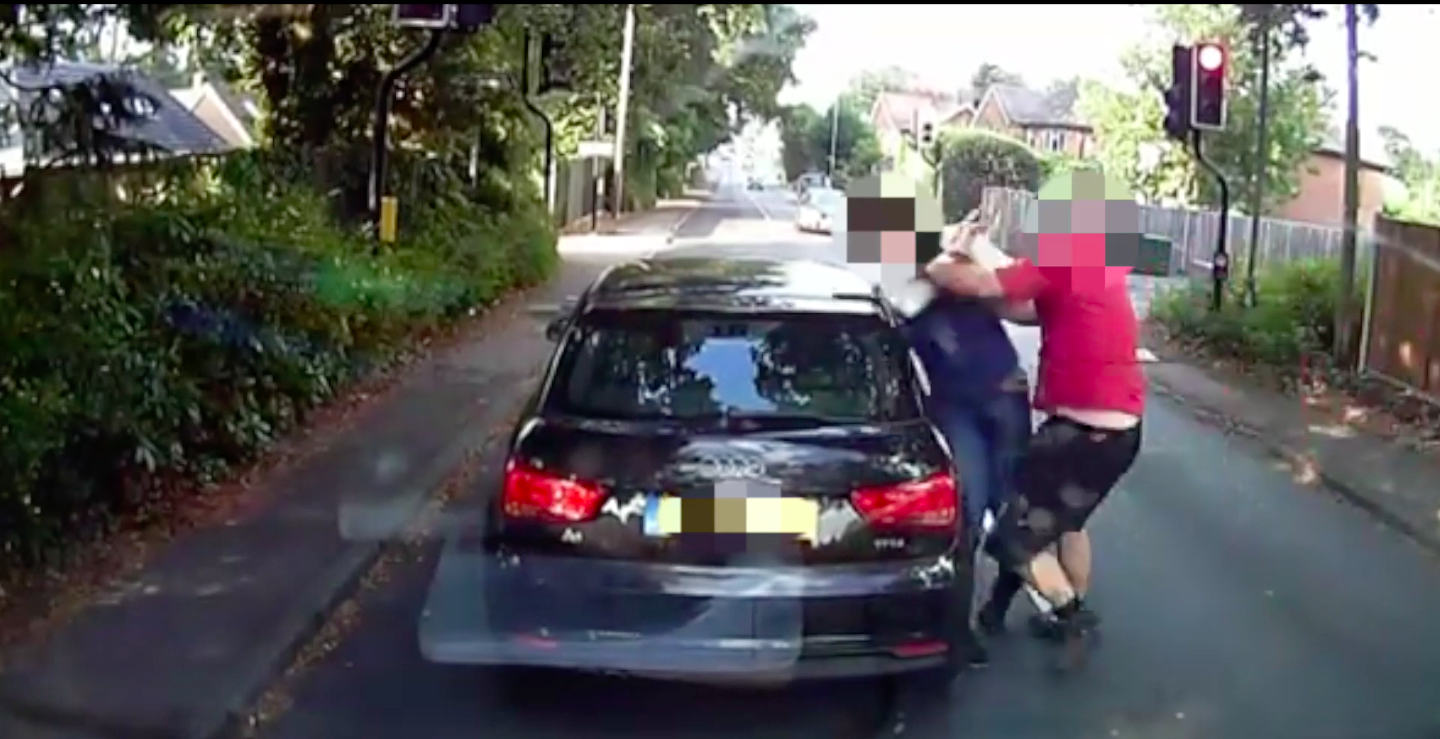 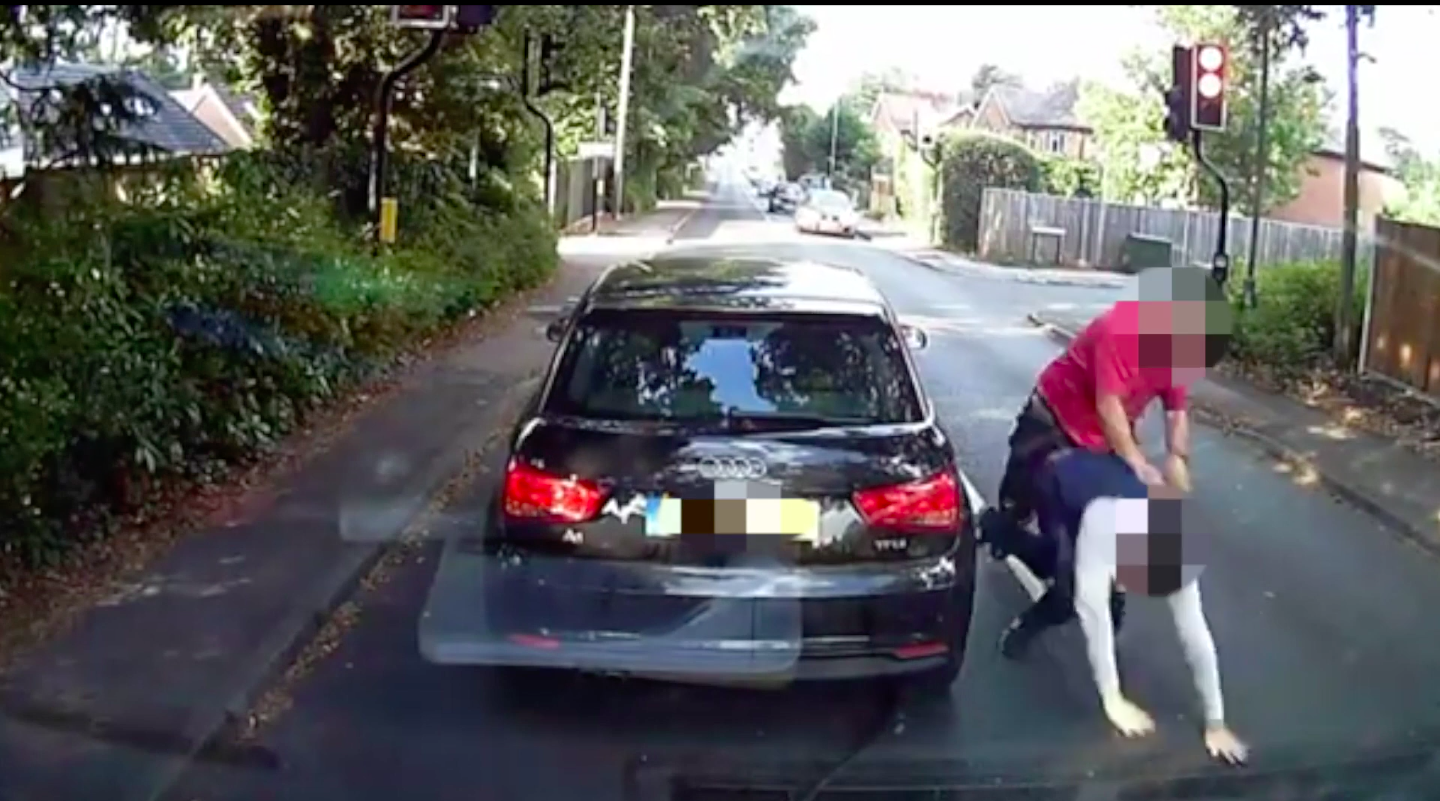 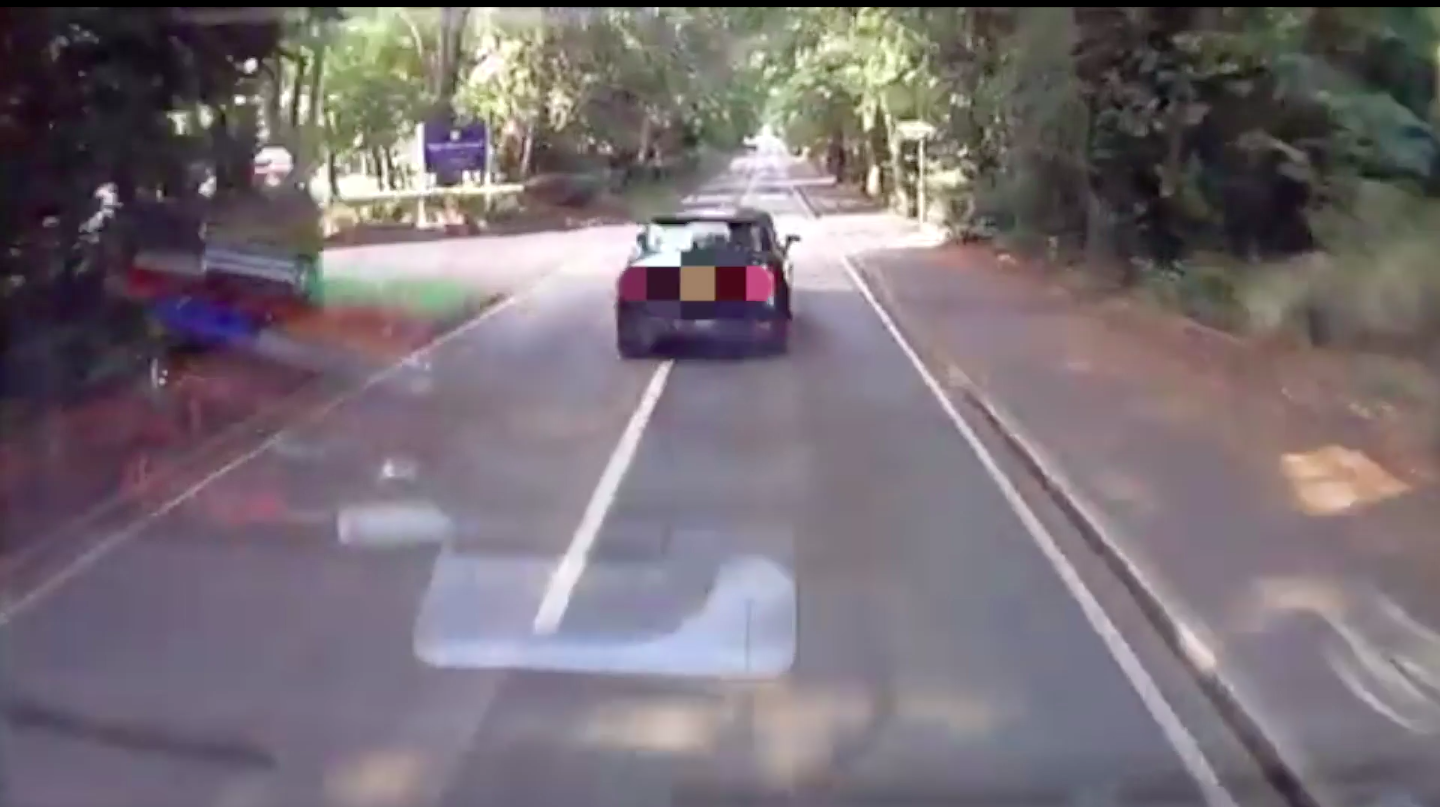 Skinner voluntarily gave cops his own dash cam footage that captured the assault in Crowthorne, Berkshire.

It showed building maintenance boss Skinner driving his red van in a 30mph road stuck behind the victim's silver Audi.

Skinner tooted his horn and shouted "come on" as Jack Saunders, 21, blocked the road and stopped him from passing.

After both cars stopped at a red light, dad-of-three Skinner got out of his Vauxhall Movano and approached Saunders before striking him in the face.

Saunders turned around and covered the back of his head as Skinner punched him a further 12 times as horrified members of the public watched.

The victim called out for his mum before he eventually fell to the ground and suffered a fracture to his right kneecap.

He said when he only approached Saunders because he wanted to knock on his window and tell him the footage would be going to the police.

Skinner told the court: "I just thought he is a complete numpty for driving like he was and that was it." 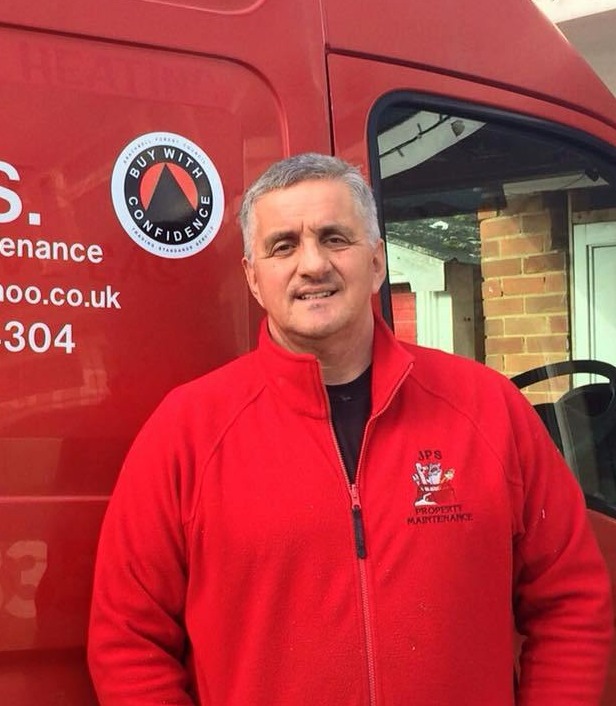 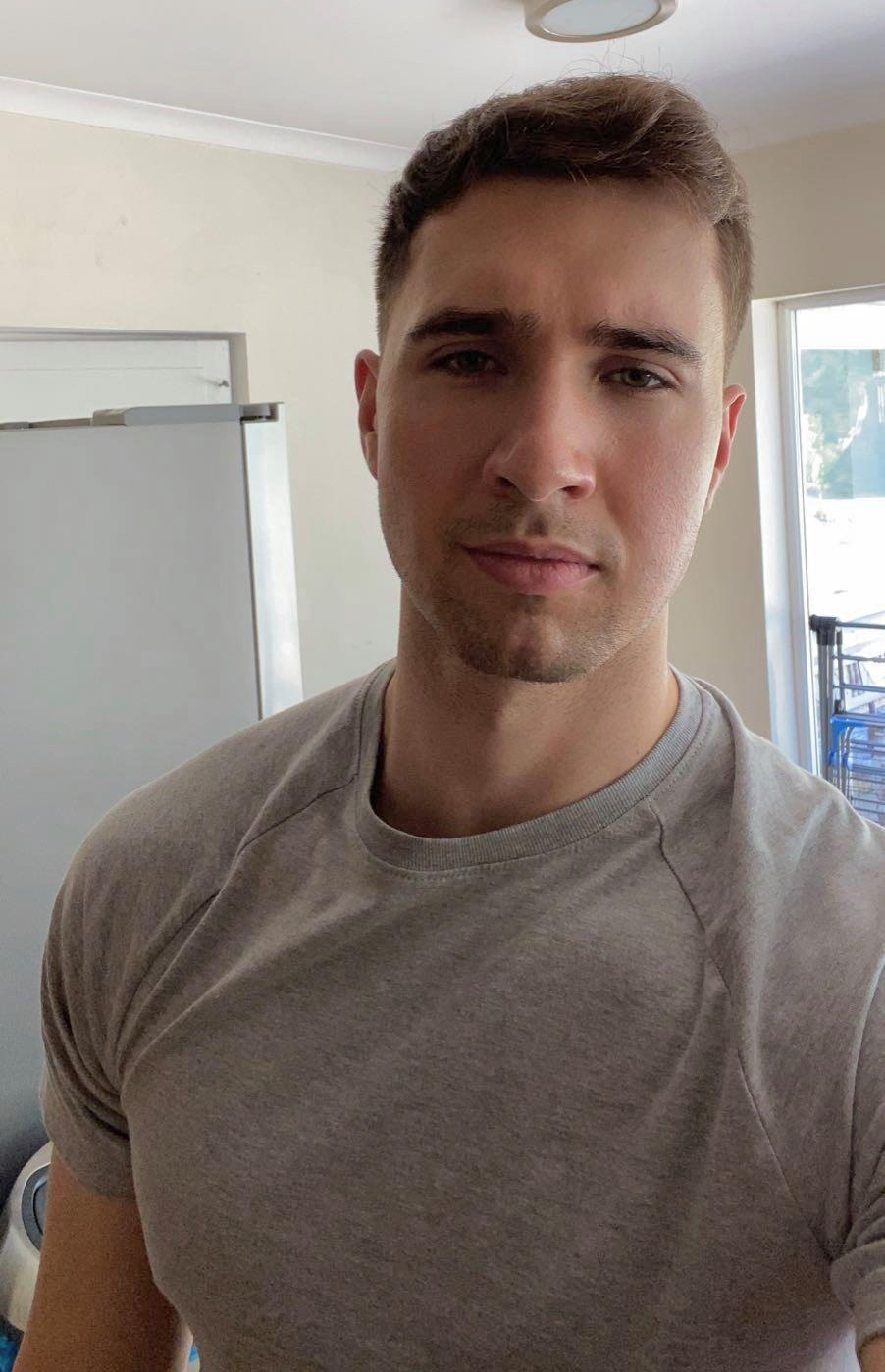 He denied intending to cause or get into a fight and told the jury he was shocked how tall Saunders when he got out of his Audi.

Skinner said: "I just thought… I am in trouble…I was 100 per cent certain he was going to attack me.

In a victim impact statement Saunders said he was left unable to walk for around six weeks before having to use a brace and crutches.

He said he has become an "anxious driver" and worries when stopped at traffic lights.

"I believe I will have to deal with this for the rest of my life," he said.

On May 27, Skinner was convicted of inflicting grievous bodily harm without intent.

This week he was spared jail by Judge Nawaz who considered the fact Skinner had no previous convictions and a record of public service.

The judge said he accepted Skinner was in some way provoked by the actions of Saunders, but that gave him no excuse to behave in the way he did.

"If everybody descended into the type of behaviour you displayed, the world would be a very sad place."

He continued: "I take into account your age and good character and the years of public service you have given.

"The sad fact is all of that pales into insignificance looking at the dashcam footage of someone who had provoked you."

Skinner was handed a 12-month sentence, suspended for two years, ordered to complete a 15-day rehabilitation course, told to pay £800 in compensation and to complete 100 hours of unpaid work.

It comes after a road rage driver was jailed after ramming a stolen van into a woman and calling her a "f***ing sl*g" after she beeped him in Ashton-under-Lyne, Greater Manchester in May.

Meanwhile in June, a traffic warden manager was mowed down by an angry driver after they rowed in the street in West Sussex, a court heard.

A baby-faced road rage driver was jailed last month after leaving an elderly man with a broken jaw in a horrific unprovoked attack. 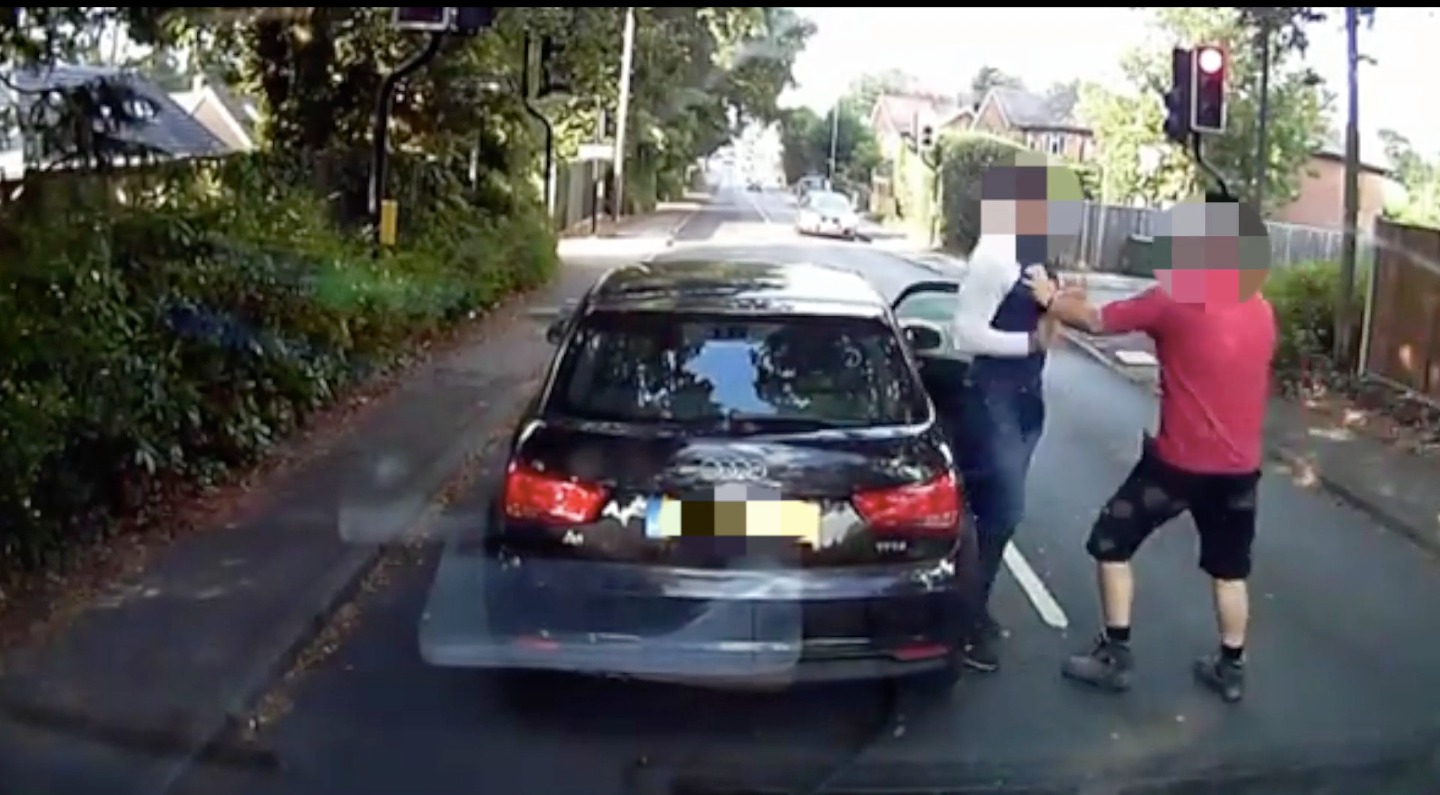 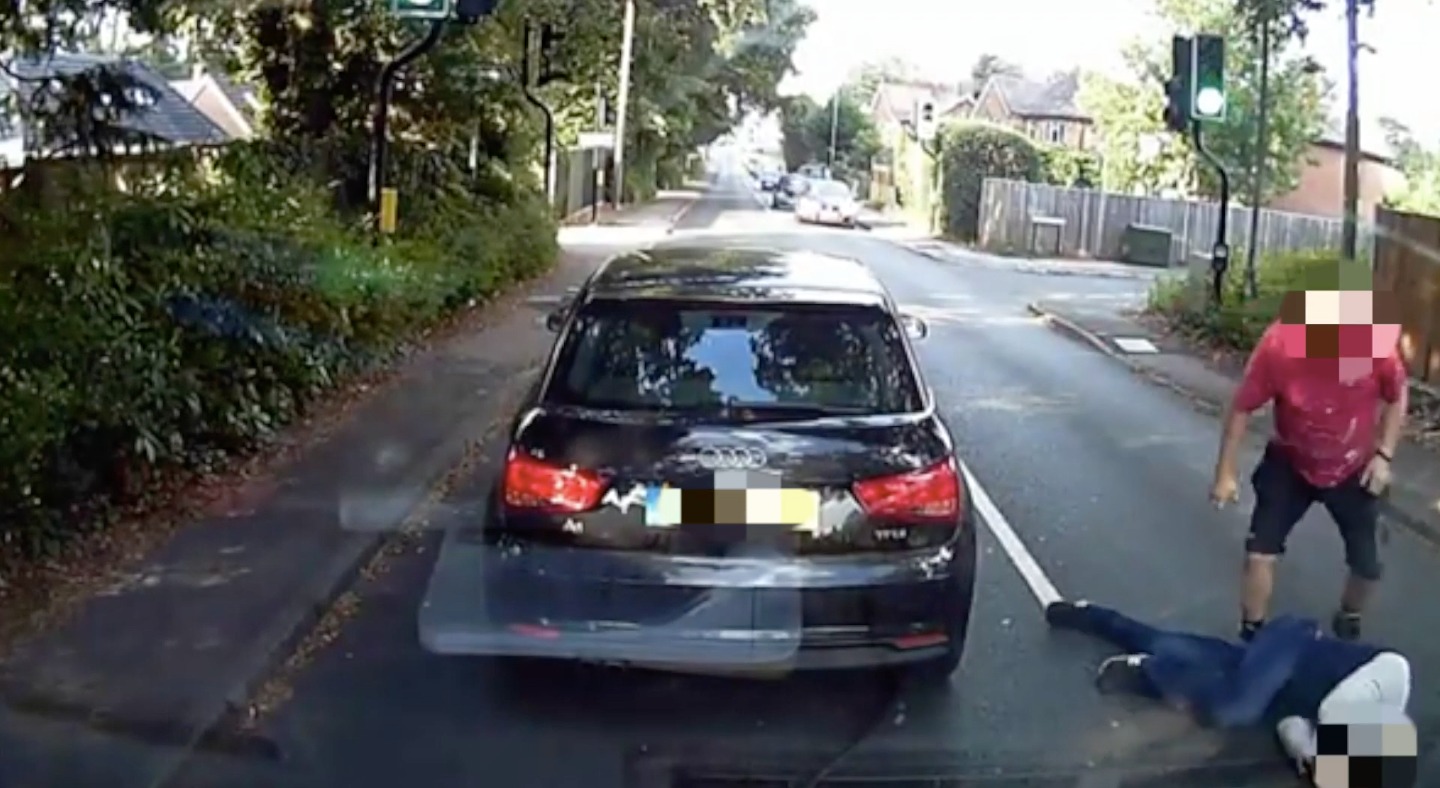