EXCLUSIVE: Fraudster dubbed the ‘Wolf of Old Hall Street’ who blew £4.4million of other people’s money on cars, yachts and a racehorse called Fat Gary is found dead at his home aged 38

A fraudster dubbed the ‘Wolf of Old Hall Street’ after he blew £4.4million of other people’s money on cars, yachts and a racehorse has been found dead in his home.

Stephen Evans, 38, who was jailed for five-years following a Ponzi scam in 2014, was discovered by police at his rented bungalow near the Lake District a week ago.

He lived alone in the small pebble-dashed home in Kendal, Cumbria, where his neighbours were mainly elderly residents.

It was a far cry from the life of luxury he led as a crooked financial advisor in which he persuaded clients to hand over large amounts of money, which he pledged to invest but instead spent. 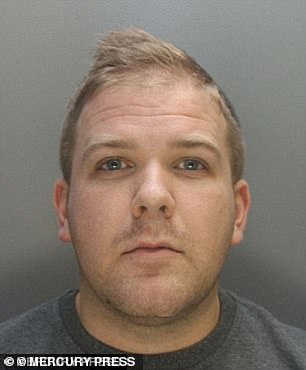 His case echoed that of 1990s fraudster Jordan Belfort, who conned investors in the US and was the inspiration for The Wolf of Wall Street film starring Leonardo DiCaprio.

Evans ran his empire from Old Hall Street in Liverpool’s business district, but his reach stretched as far as the United Arab Emirates, where he recruited many of his victims.

More recently, according to locals in a Kendal, he had been working part-time at an outdoor adventure centre for local charity the Bendrigg Trust.

His body was found by two police officers, who are understood to have been contacted by worried colleagues after he failed to turn up for a shift last Thursday. 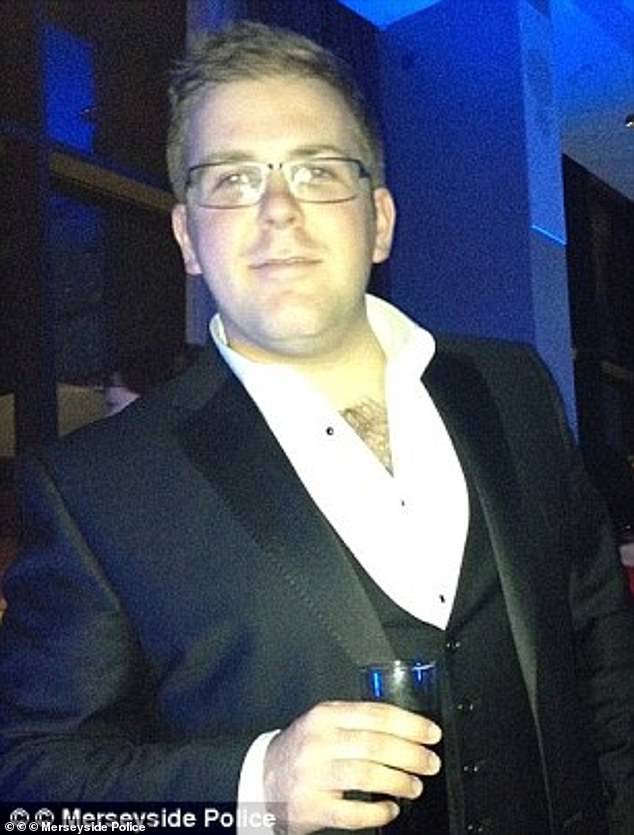 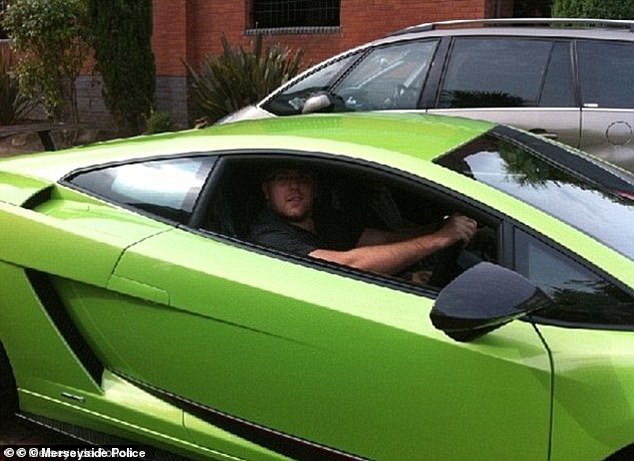 Purchase: Among the cars Evans bought were a £190,000 Lamborghini Gallardo Superleggera (pictured inside) 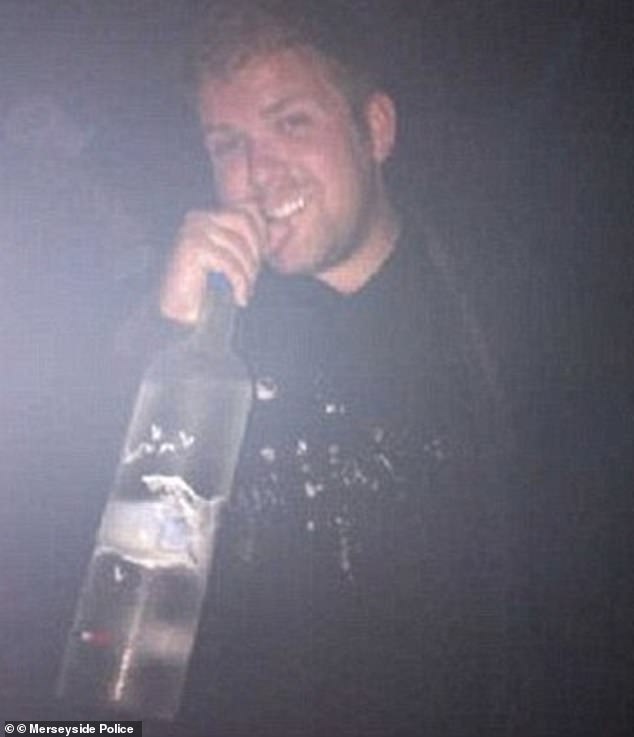 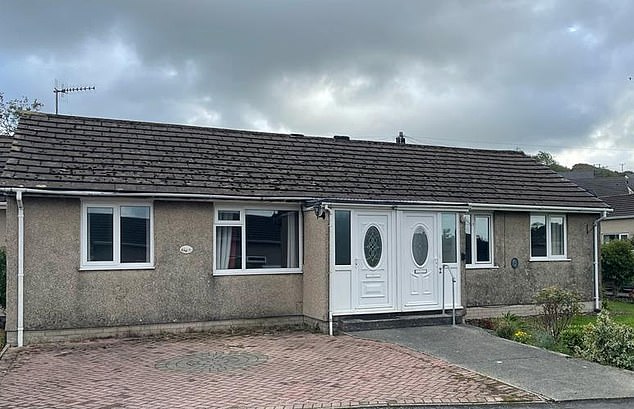 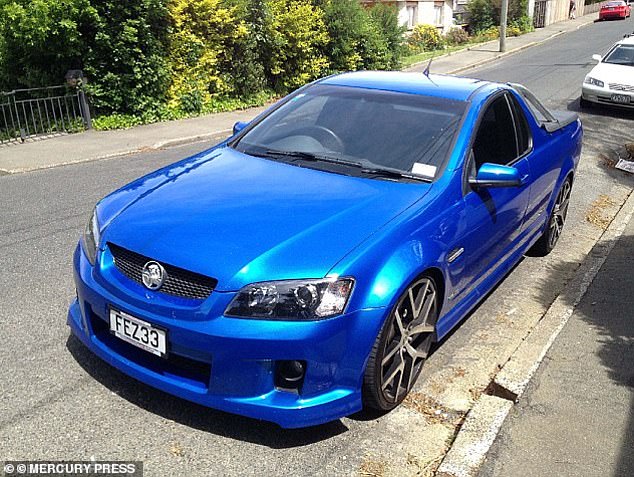 Neighbours also said he worked in London sometimes and had recently been buying and selling watches and jewellery.

One told MailOnline: ‘Nobody really knew much about him and we didn’t really see much of him as he was away a lot of the time.

‘It was almost as if he didn’t really want to be seen because he’d dart from his car into the bungalow. But it’s very sad to know that he died there.

‘From the small amount of time I had with him, he seemed a nice lad. He helped one of his elderly neighbours with the gardening.’

Evans worked as a stockbroker and financial adviser between 2007 and 2010 while living in the United Arab Emirates before setting up his own company, Stephen Evans Investments Ltd.

He continued living in Dubai and the Isle of Man for tax purposes and began to scam his clients by persuading them to hand over cash which he claimed would be invested but was really spent to fund a lavish lifestyle.

With debts mounting, he would seek new investors to repay what he owed the old ones. In total, he took in around £4.4million, of which £300,000 was paid to his initial investors to keep the scam going.

Later arrivals, including one man who gave him £3.7million, received nothing back at all.

Between 2010 and 2013, he bought 20 luxury cars, including a lime green Lamborghini and a Porsche 911 for his girlfriend, as well as BMWs and Mercedes, and used more than £250,000 of his ill-gotten cash to buy corporate sponsorship deals at Liverpool and Everton football clubs.

He shelled out £250,000 on a racehorse called Saphir River, which he renamed Fat Gary, plus £50,000 in stabling fees and gave Chester Racecourse £15,000 to sponsor a race under the Fat Gary banner.

He also rented properties at exclusive addresses and dressed himself in designer clothing and handmade bespoke suits.

Evans also used other people’s money to give generously to charity, including £59,050 to the Marina Dalglish cancer appeal and £52,000 to the charity of Liverpool celebrity hairdresser Herbert Howe.

By the end of 2012, though, Evans was being tracked by a private detective hired by one of his clients and gave himself up to police.

He eventually pleaded guilty to ten counts of fraud and one of converting criminal property.

At his trial at Liverpool Crown Court, Christopher Stables, defending him said: ‘This was an unreal lifestyle, a Walter Mitty lifestyle. He was handling extremely large sums of money and was seduced by that lifestyle.

‘He was weak and he accepts that. It was a lifestyle that gave him high living, luxuries and mixing with celebrities. It was almost a drug.’

Judge Watson jailed Evans, who was then living near Warrington, Cheshire, for five years and three months, telling him: ‘You held yourself out as a financial adviser.

‘The reality was you were a very plausible conman. You had superficial charm and amiability to impress would-be clients with the promise of high returns.

‘You demonstrated what can only be described as a flash lifestyle which you concocted to give the impression of success.

‘The hospitality and wooing of clients was all done to get them on the hook.’

Describing the list of expenditures as ‘breath-taking’, Judge Watson added: ‘The cars would do justice to several programmes of Top Gear. ‘This was relentless greed which knew no bounds.’

In 2020, Evans went missing from his former home in Widnes, Cheshire with police urging him to get in touch as his family were worried about him.

A source later told the Olive Press, an ex-pat newspaper in Spain, that he had fled to Malaga on the Costa del Sol after ‘fleecing pals and relatives out of large sums of money’.

An inquest into his death is due to open at the Coroners Court, Cockermouth on October 13.