Exodus from Premier’s private office as staffers look past election

The Victorian government is confronting an exodus from its most influential policy-making body with more than a dozen senior advisers leaving Premier Daniel Andrews’ private office over the past six months.

The steady departure of policy, media and legal advisers and administrative staff from the Premier’s private office means there are now only a handful of surviving members from the team which took over the running of government after the 2014 election. 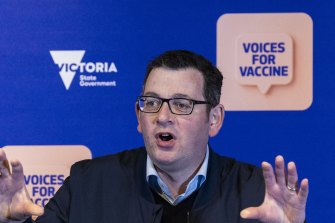 Premier Daniel Andrews is confronting an exodus of senior advisers from his private office. Credit:Wayne Taylor

Current and former staff speaking anonymously to The Age and The Sydney Morning Herald attributed the attrition to the additional pressure that working through the pandemic has placed on already high-pressure jobs.

Senior staff have also timed their departures to allow the government to find replacements before it heads into an election year. Some have made the calculation that with the 2022 election likely to be Mr Andrews’ last as premier, now is a good time to seek private-sector employment.

Since returning to work from his serious back injury, Mr Andrews has resumed control of Australia’s most effective political machine.

An in-depth investigation into how Victoria is governed, published on Saturday and Sunday by The Age and The Sydney Morning Herald, examines the concentration of power within the Premier’s private office and the proliferation of career political operatives across the executive ranks of the Victorian public service.

Although the names of the people who have left the Premier’s office in recent months are not well known to the public, some of them wielded more power and influence within the Andrews government than cabinet ministers.

Despite this, the Premier’s office remains opaque and unaccountable, with its work shielded from freedom of information requests, parliamentary scrutiny and public inquiries such as Jennifer Coate’s examination of hotel quarantine.

According to the most-recent figures provided to Parliament, 87 people work for the Premier’s office, including administrative staff. 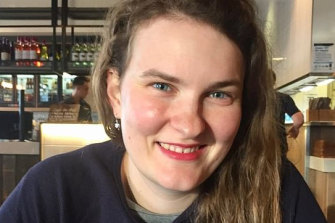 Daniel Andrews’ chief of staff Lissie Ratcliff runs the Premier’s office and is arguably the most influential woman in Victorian politics.Credit:Twitter

In May, Mr Harrison was appointed head of investment and strategy for “Breakthrough Victoria”, a government-owned company registered two months earlier to manage a $2 billion research and innovation fund announced in last year’s budget.

Ash Munoz, the head of the caucus liaison unit responsible for briefing and listening to the concerns of government backbenchers, left the Premier’s office, and one of the government’s smartest economic advisers, Sashi Balaraman, has resigned. As Treasurer Tim Pallas’ chief of staff, Mr Balaraman helped frame the response to last year’s deadly second wave of the pandemic.

Throughout these changes, the most powerful figure within the Premier’s office, and arguably the most influential woman in Victorian politics – chief of staff Lissie Ratcliff – has remained in her post.

Current and former government staffers said the loss of so many experienced people from the Premier’s office had led to a tightening of the circle of trusted advisers and a further concentration of power in fewer hands.

“Over time, a government can lose its ethos,” said one of the Premier’s former key staffers. “The experienced ones leave and they’re replaced by people who aren’t fully trusted by the Premier and that group who have been with him forever.”

A high rate of attrition among political and media advisers is not limited to the Premier’s office. Opposition Leader Michael O’Brien’s much smaller team has this year turned over two media advisers, his chief of staff and a personal assistant, policy adviser and campaign director.