EXPERTS are "really worried" about the new southern Covid hotspot where cases have climbed 10 times higher in just one month.

Bedford's director of public health Vicky Head said cases in the borough linked to the Indian variant had jumped from "three or four" a day to up to 10 times that figure over the past month. 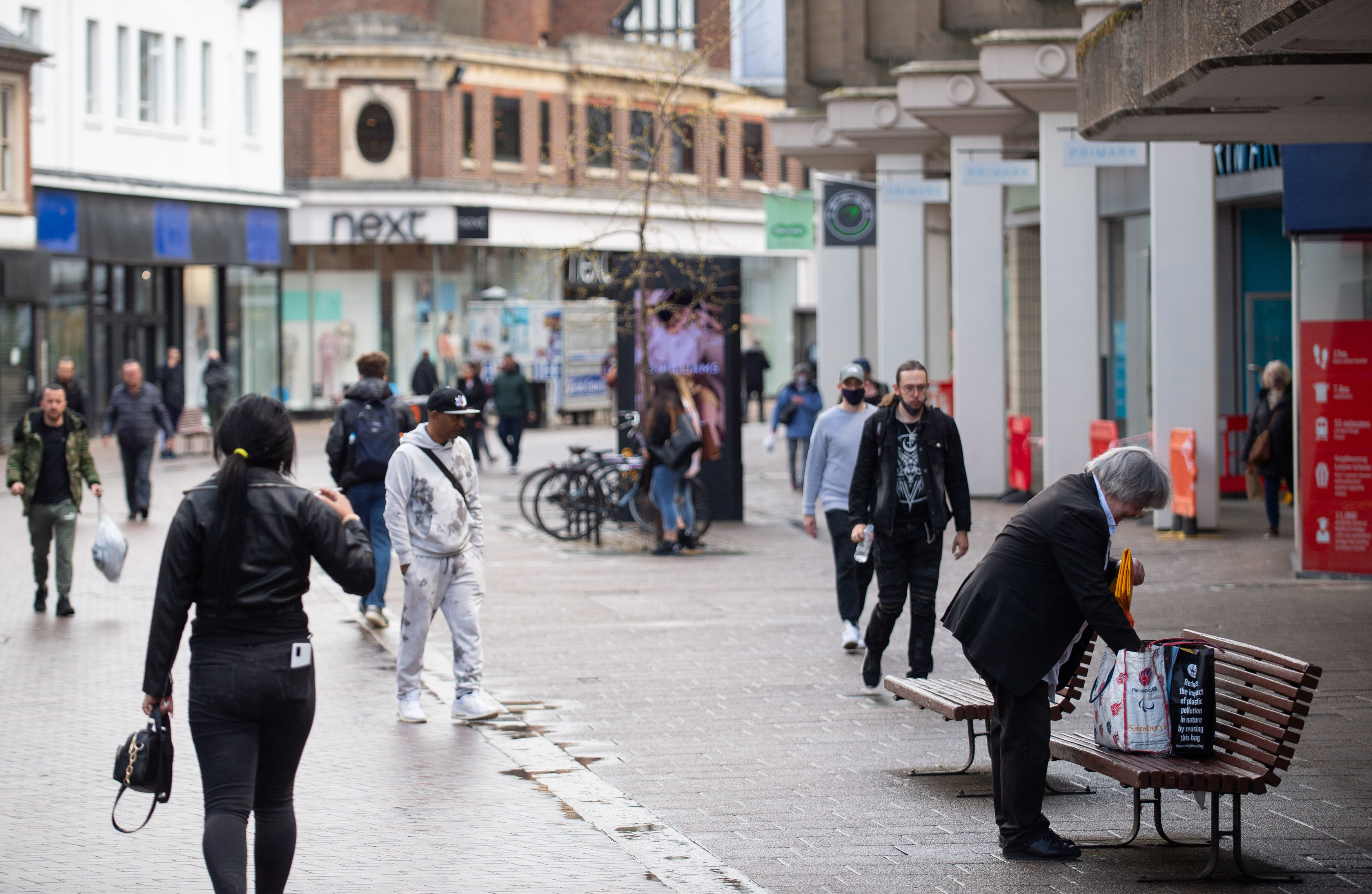 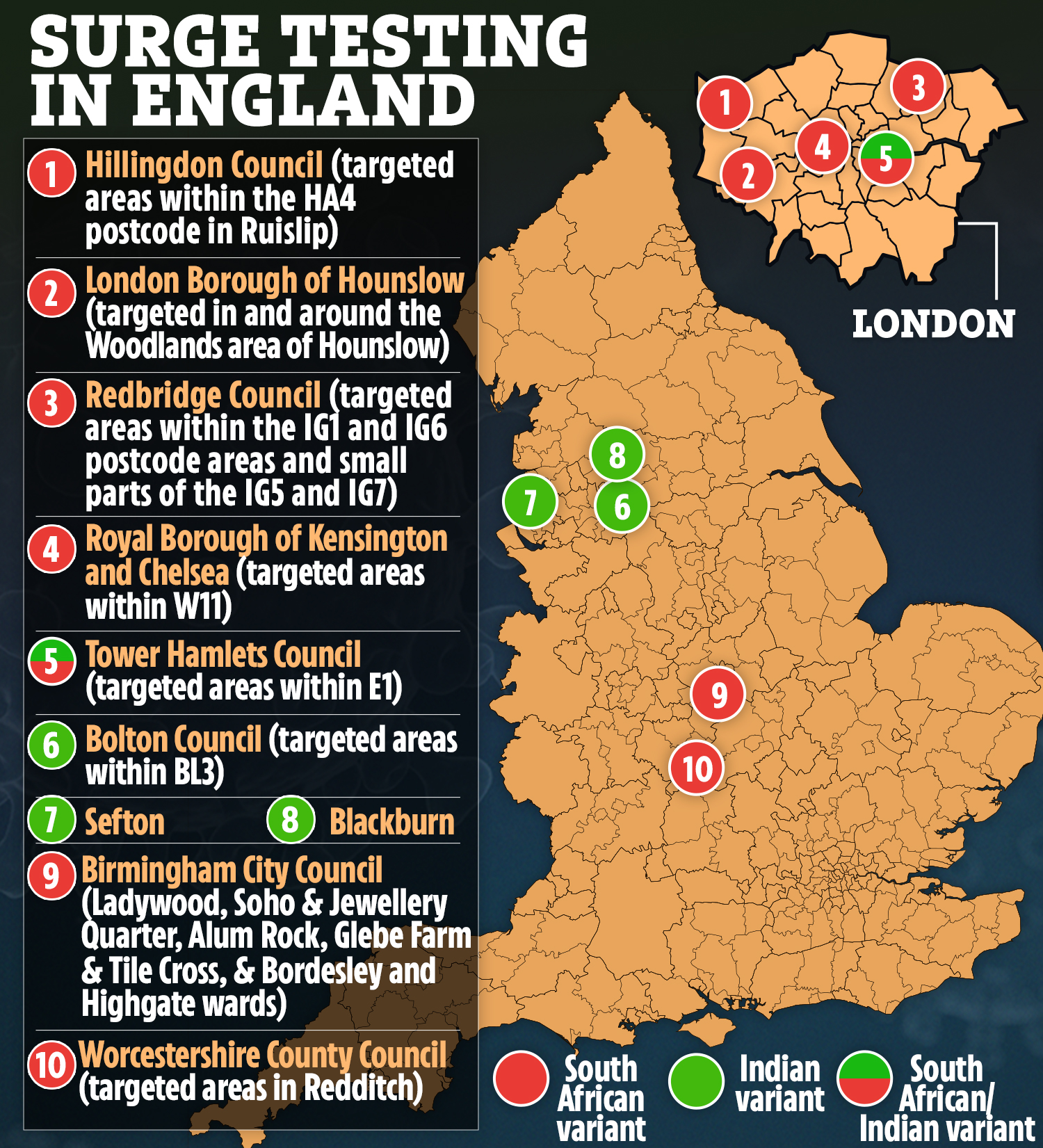 Bedford has the second-highest rate of coronavirus in England, with 214 new cases recorded in the seven days to May 13.

Indian variant cases have surged by 77 per cent across the UK with a rise of 1,000 infections in just three days, Matt Hancock revealed yesterday.

Ms Head said there had been 80 confirmed cases of the Indian variant recorded in Bedford.

She told BBC Breakfast: "What we know is what we've been seeing locally, which is a really massive rise in cases.

She added: "What we think now is that pretty much all of our cases are likely to be the variant from India."

Ms Head said a "surge" in Covid-19 testing was being planned for parts of the borough to identify those who have the virus, but are not showing symptoms, and to ensure they self-isolate.

Asked if she was concerned about the spread of the variant, Ms Head said: "I am really worried about it.

"Everyone needs to understand just how transmissible this variant is."

It is only behind Bolton in Greater Manchester, which continues to have the highest rate in England, with 811 new cases recorded in the seven days to May 13.

The figures are based on Public Health England data published yesterday.

Ms Head said: "That's one of the really striking things about the variant, is just how transmissible it is.

"If someone goes to school and tests positive, we are then seeing their whole family test positive."

Ms Head said she remained "confident" in the vaccine programme as most of the new cases in Bedford were recorded in those aged under 40.

She added: "We have seen a small uptick in our inpatient numbers at the hospital, but nothing that makes me feel like we are not seeing a vaccine that is effective."

Indian variant cases are continuing to climb in the UK.

Covid-hit Bolton and Blackburn with Darwen have seen 483 cases of the Indian variant and 27 people hospitalised, and Bedford is now on the watchlist as infections rise.

Health Secretary Mr Hancock said: "The next biggest case of concern is Bedford where we are surging testing – and I would urge everybody in Bedford to exercise caution and engage in testing where it is available."

He said there are 86 local authorities with five or more cases of the mutation, but did not specify where they were.

Data from May 8 revealed one in five UK cases of Covid were found to be the Indian variant – but now the country will be battling more than one in five, after infections quadrupled in a fortnight.

Mr Hancock warned that the majority of people in hospital in Bolton and Blackburn had been offered the vaccine but chosen not to take it.

Mr Hancock also confirmed the mutation is more transmissible than the Kent variant which ripped through the country at Christmas. 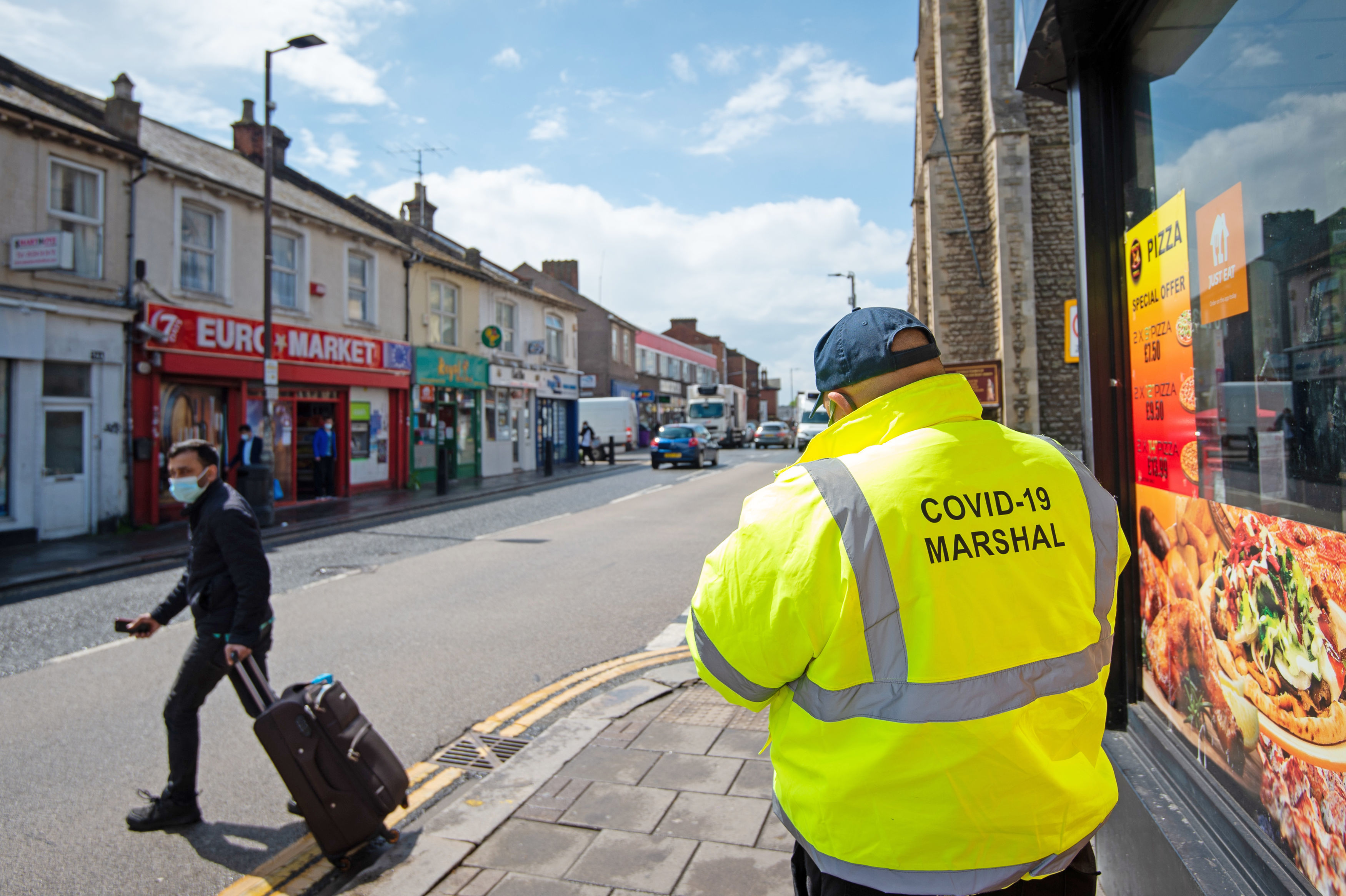