A fresh political row erupted over the cost of living crunch last night after inflation hit double digits for the first time in 40 years.

Bleak figures from the Office for National Statistics (ONS) showed inflation hit 10.1 per cent in July – up from 9.4 per cent in June.

The ONS said the rise had been driven by the spiralling cost of food, fuel and energy.

The greater than expected figure – the highest since February 1982 – sparked another round of ‘blue-on-blue’ attacks in the Tory leadership race, as well as fresh criticism of the Government and the Bank of England. 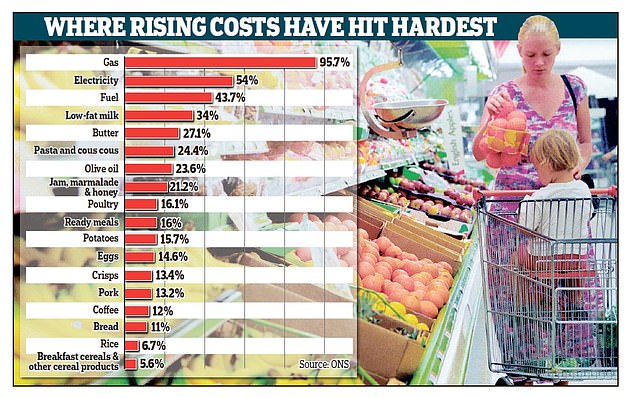 Several experts warned that the Bank would now hike interest rates further – with financial markets expecting them to more than double to 3.75 per cent by spring – heaping more misery on households.

Yesterday’s ONS analysis also warned that inflation was now squeezing lower income households harder than wealthy ones, principally because of the impact of rising food and fuel bills.

‘What I would do immediately is reduce taxes, reversing the National Insurance increases, having a moratorium on the green energy levy to save people money on their fuel bills,’ she said.

But her rival Rishi Sunak insisted he was the only candidate with a credible plan to tackle inflation and blasted: ‘Liz’s plan is to say ‘I believe in tax cuts, not direct support’. I don’t think that’s right because a tax cut for someone on her salary means £1,700 of help.’

He claimed that someone on the national living wage would get a cut of £1 a week, but a pensioner who was not working would get ‘precisely zero’. Failing to help the vulnerable would be a ‘moral failure’, he said.

Lord Rose, a former chief executive of Marks & Spencer, told Radio 4’s Today programme: ‘The captain of the ship is on shore leave. We’re sitting here now, into the fourth month of the crisis, and we’re still waiting to see what action will be taken – it’s horrifying.’ 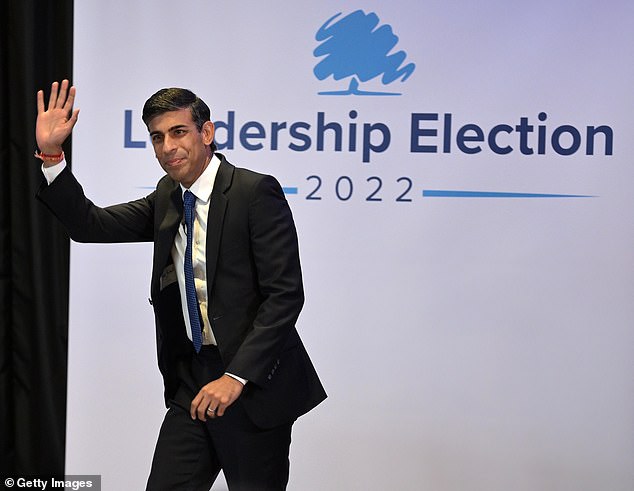 Rishi Sunak has insisted that in the Tory leadership race, he is the only candidate with a credible plan to tackle inflation

The biggest factor in the latest rise in inflation came from food and non-alcoholic beverages, which climbed by 12.7 per cent – the steepest rate since 2008 – thanks to rising costs of bread, dairy, meat and vegetables. 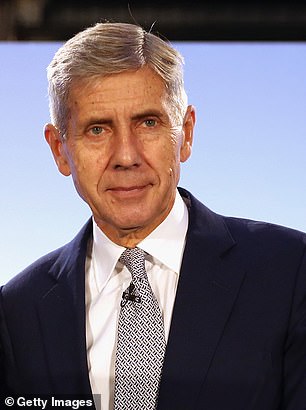 Lord Rose, a Tory peer and chairman of Asda, pictured, has described the lack of action over inflation as ‘horrifying’

Higher food prices have been blamed on the war in Ukraine along with supply chain problems such as lorry driver shortages.

The latest inflation figures were also partly driven by surging prices for household staples like pet food and toiletries as well as rising package holiday fares as the cost of fuel and energy continues to spiral.

The household energy price cap is forecast to send typical annual bills above £4,000. That will help push inflation above 13 per cent by October, the Bank of England claims.

It predicts a recession starting at the end of 2022 and lasting through next year.

Labour’s proposed energy price cap freeze was slammed yesterday by Chancellor Nadhim Zahawi, who said it would reward ‘people like me who are at the wealthier end of the spectrum’.