A MASSIVE blaze broke out at an oil refinery in Iran just hours after the country's largest warship caught fire and sank in the Gulf of Oman.

Officials said the fire at the Tondgooyan Petrochemical Co. to the south of Tehran was an accident, blaming a leak in a liquefied gas line which led to a huge explosion. 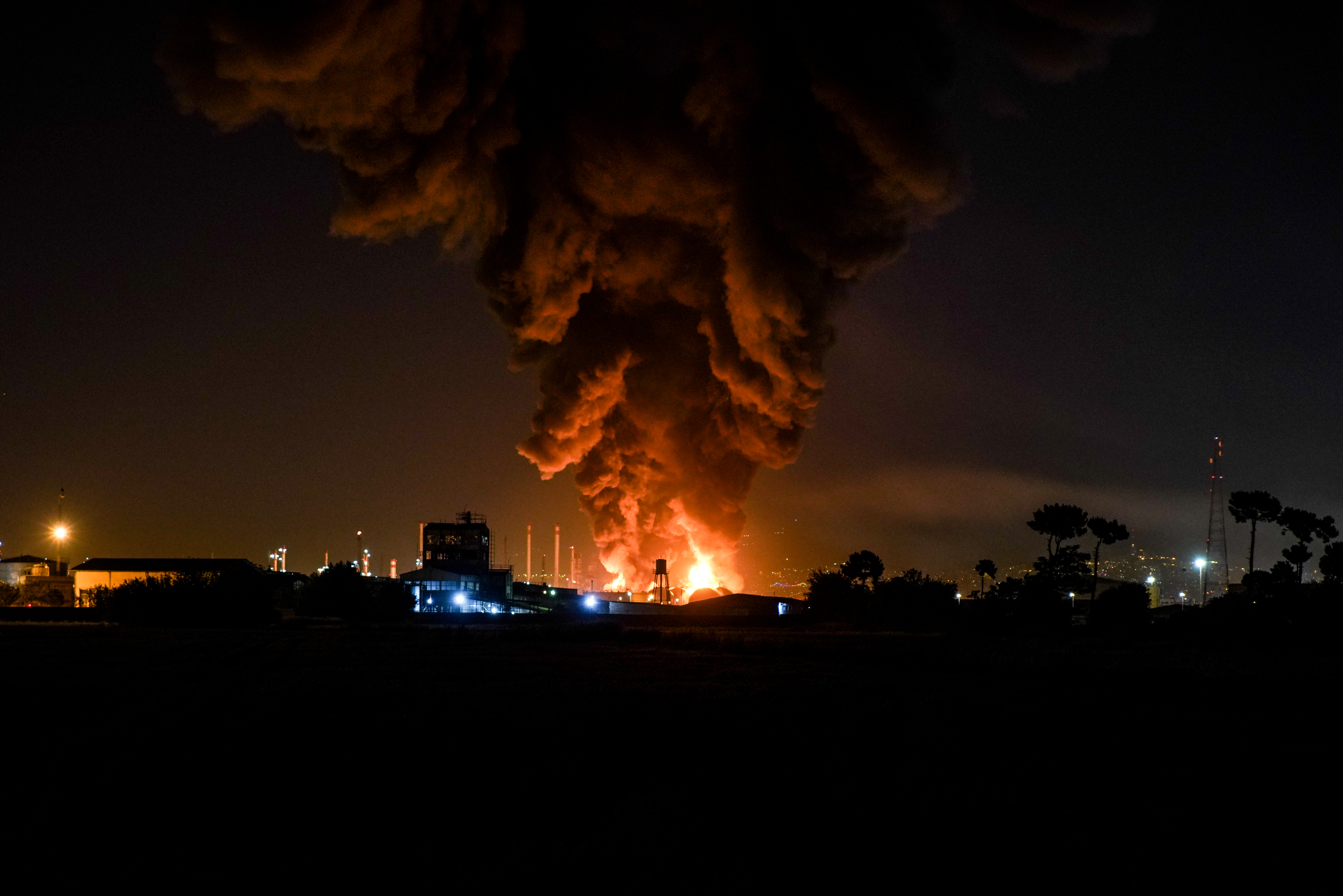 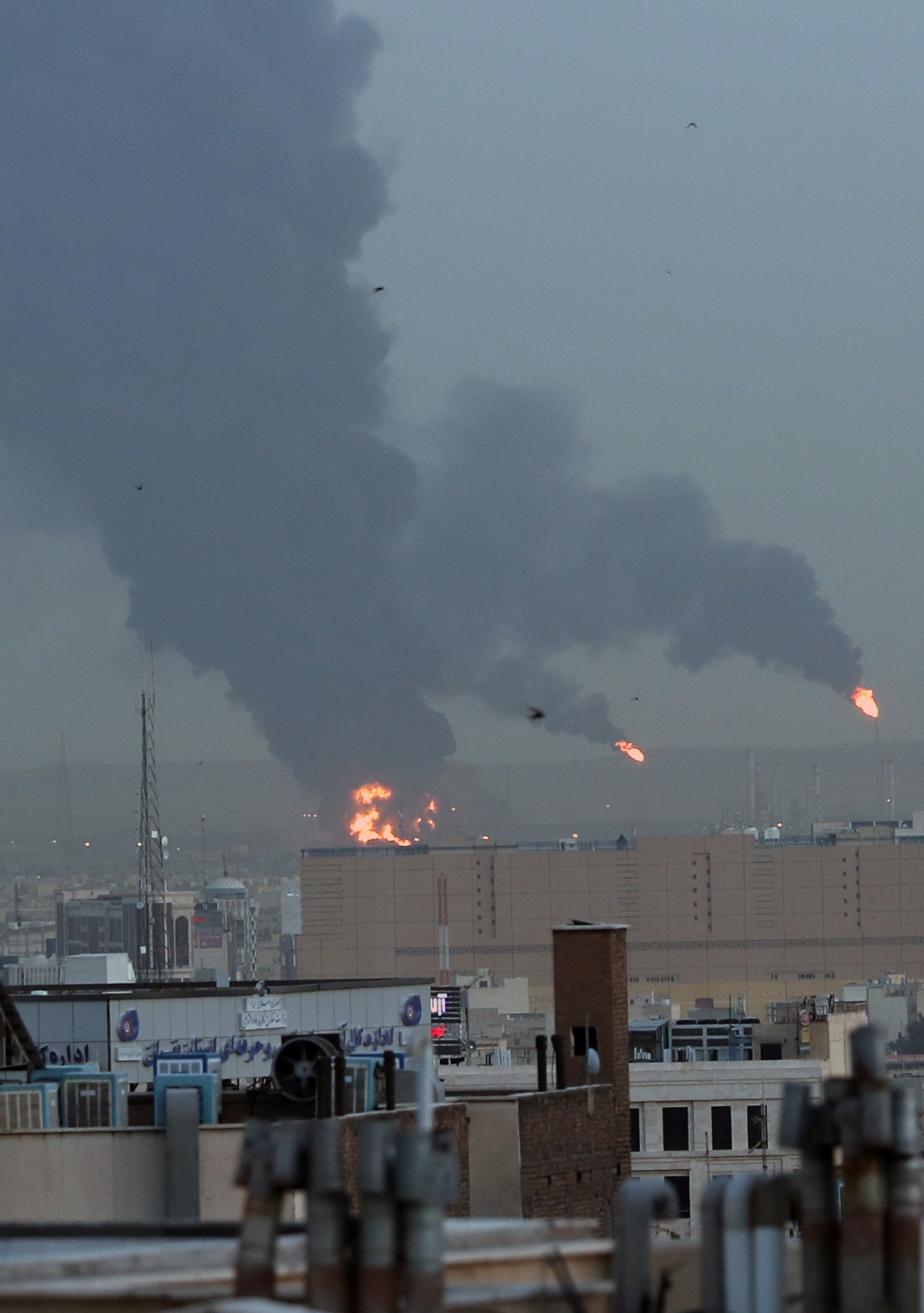 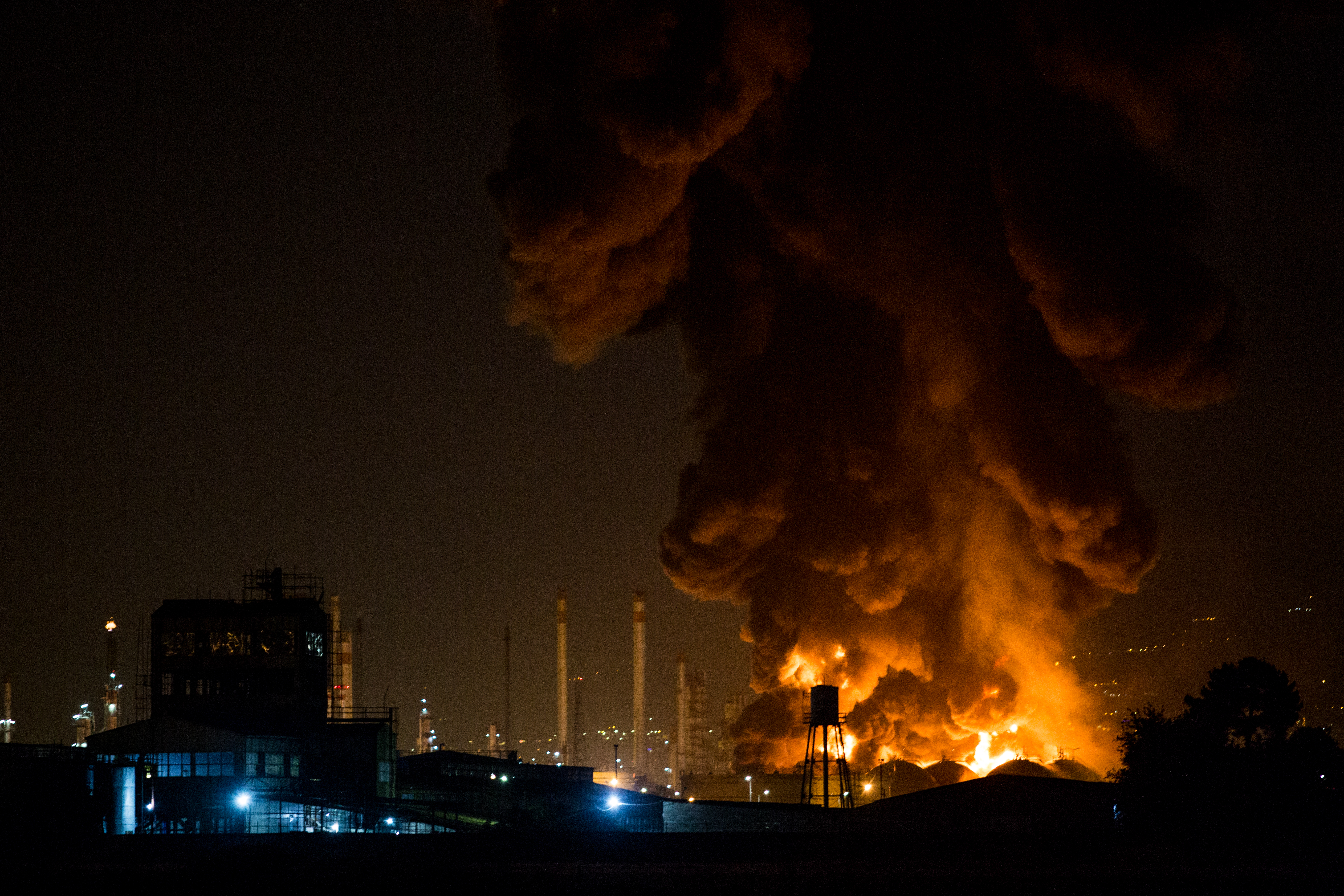 The blaze broke out at the state-owned facility on Wednesday night, the Oil Ministry's SHANA news agency said, sending plumes of black smoke into the sky over the capital.

The oil refinery continued to burn into a second day on Thursday as firefighters struggled to extinguish the flames.

And Iranians continued to queue up for gasoline on Thursday morning – the start of the weekend in the Islamic Republic.

Refinery spokesman Shaker Khafaei said officials hoped the fire would extinguish itself after running out of fuel in the coming hours, according to SHANA.

Hot summer weather in Iran has caused fires in the past and temperatures in Tehran nearly reaching a scorching 40C on Wednesday.

The latest mystery disaster came the same day Iran's largest navy ship caught fire after a blast in the "engine room" and burned for 20 hours in the Gulf of Oman before sinking.

The fire broke out onboard the British-built Kharg during a training mission at around 2.25am. 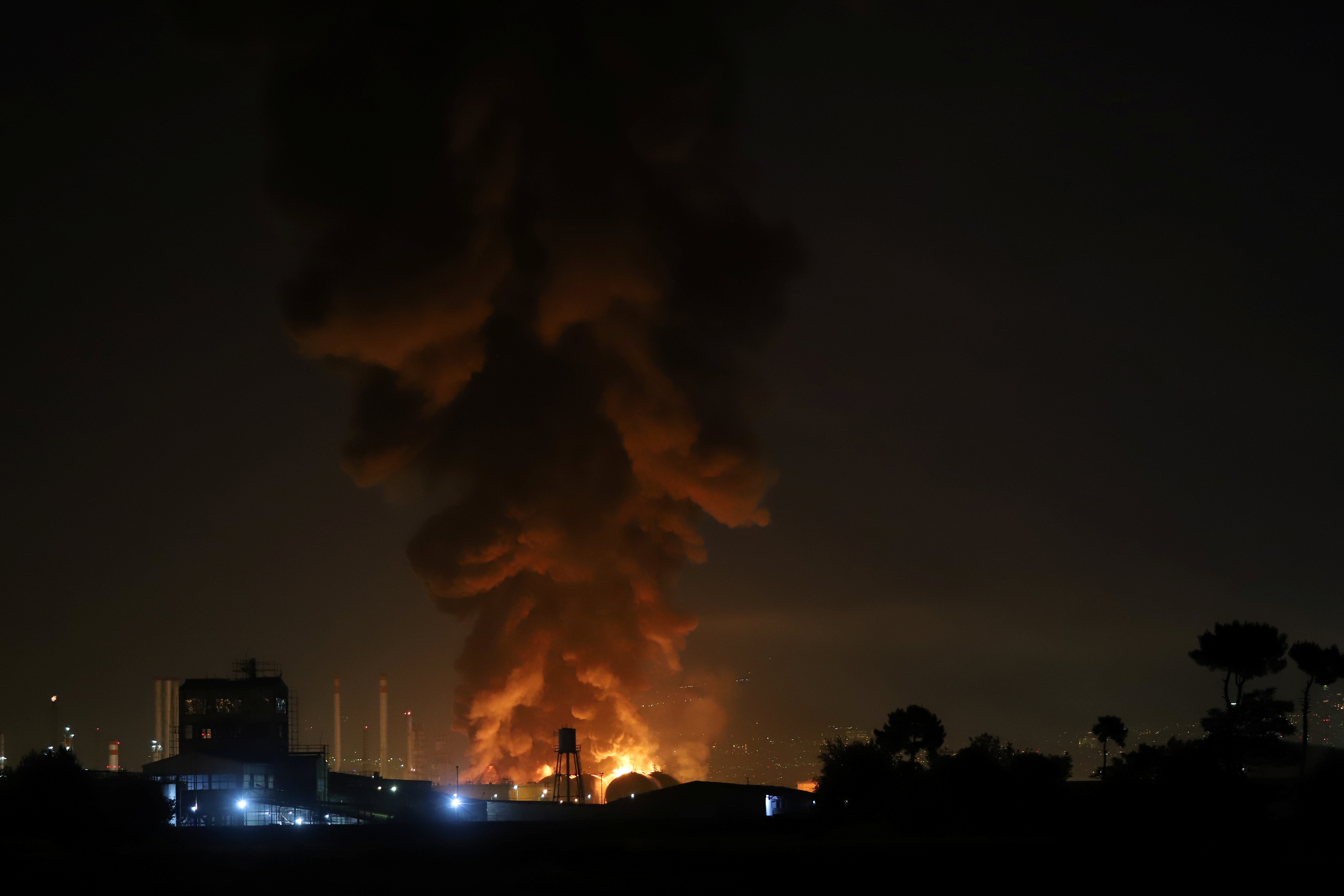 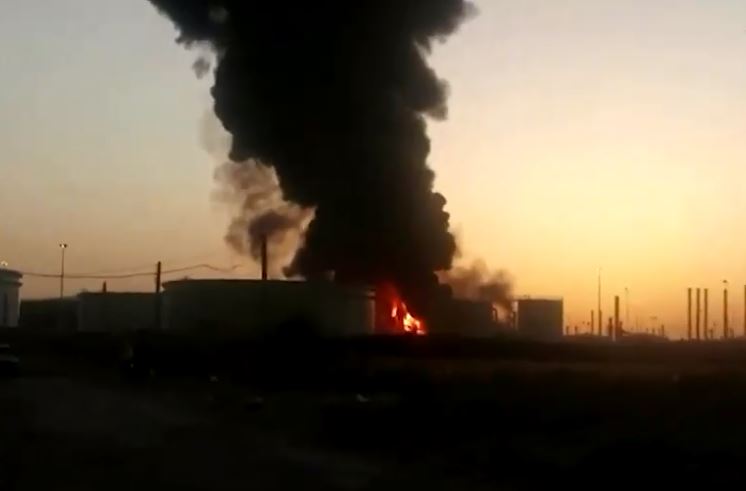 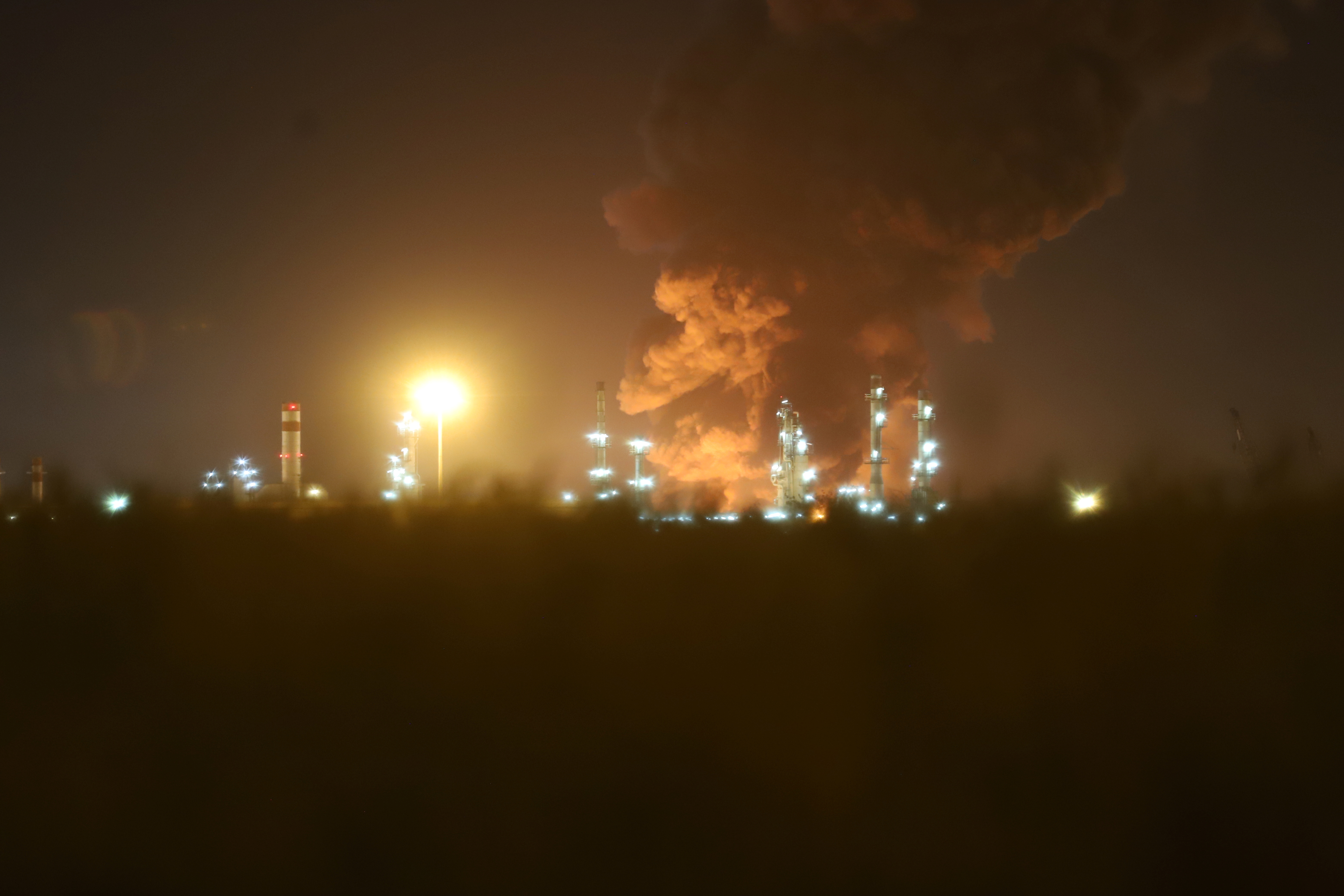 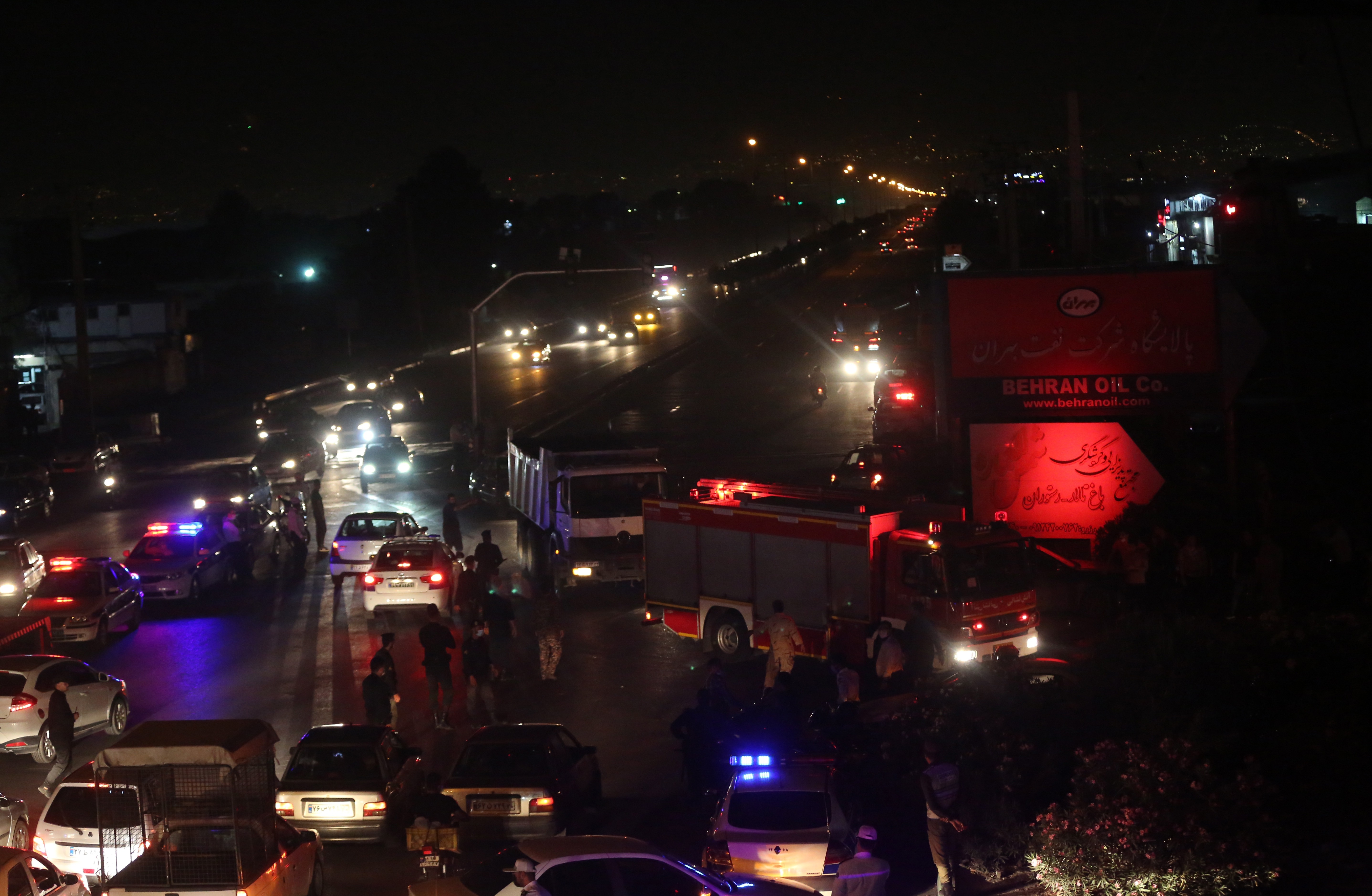 The entire crew managed to evacuate the ship and pictures shared on Iranian social media showed images of sailors wearing life jackets as they fled the vessel.

The ship was on fire for 20 hours as military officials battled to extinguish the flames before it finally went down.

In recent months, there have been reported attacks on Iran's shipping fleet which have been linked to Israel.

In April, Iran blamed Israel for a blast which damaged military vessel MV Saviz in the Red Sea.

The Saviz was targeted in an Israeli "retaliatory" attack after "Iran's earlier strikes on Israeli ships", the New York Times reported at the time.

But Iranian state media suggested an electrical fire may have broken out on the Kharg shortly after 2am.

And Tehran-based defence and security expert Hossein Dalirian said "speculations about attacks on the ship are not true".

"This happened due to a technical defect in the engine room," he tweeted. 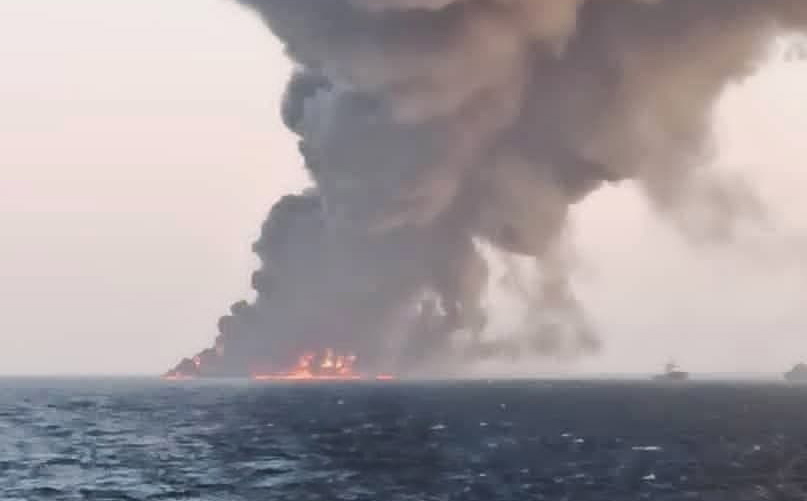 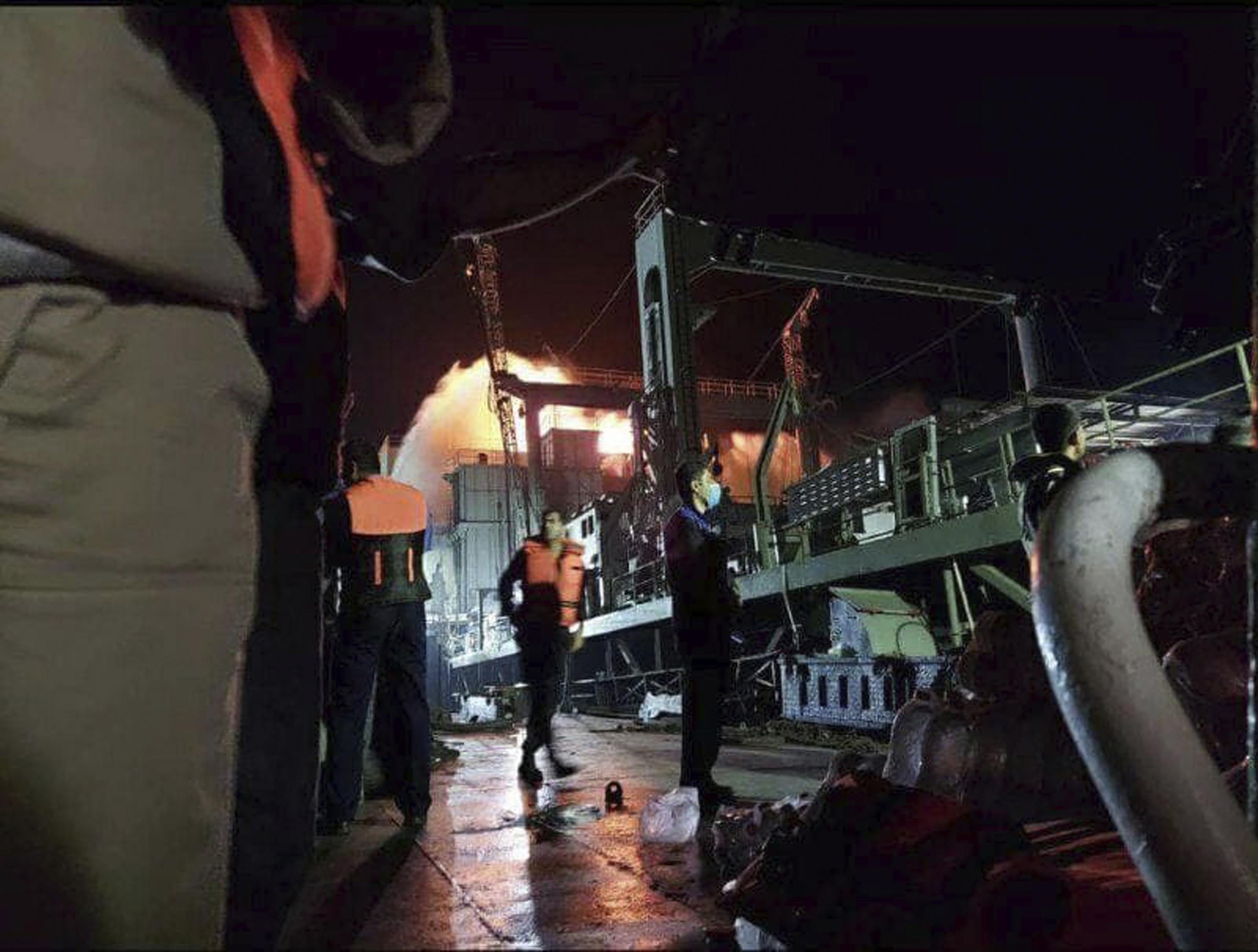 The fire occurred in the Gulf of Oman – a waterway that is connected to the Strait of Hormuz where around a fifth of the world's oil passes through.

It comes as US security officials are monitoring two Iranian warships that could be heading for Venezuela after a frigate, known as the Makran, was pictured sailing along the east coast of Africa.

They are trying to determine the destination of the journey, the motives behind it and what cargo the vessel could be holding.

Tensions are escalating between the US and Iran and it's thought it could be an intimidation tactic towards Washington from President Hassan Rouhani.

Iran and Venezuela are both under heavy sanctions from the US and have formed a close relationship.

Last month, a US vessel fired around 30 warning shots to fend off Iranian speedboats that were reportedly "harassing" a ballistic missile sub in the Strait of Hormuz.

Around thirteen Iranian speedboats "conducted unsafe and unprofessional" manoeuvres near it, according to the Pentagon.

The series of fires come just a week after a major explosion occurred at a drone factory in Iran, injuring nine people.

The cause of the blast remains unknown – but it happened just days after Israel accused Tehran of providing support to Hamas during the recent conflict in Gaza.

cripples, explosion, Iran, oil, re
You may also like: