Two advocates from a climate protest group have been arrested after gluing their hands to a priceless piece of art, triggering an evacuation at one of Australia’s biggest galleries.

A 49-year-old woman and a 59-year-old man from Extinction Rebellion Australia (ERA) glued their hands to the glass of a framed painting by Pablo Picasso, titled Massacre in Korea, at midday on Sunday at the National Gallery of Victoria.

The pair stood either side of the 1951 piece each with a hand glued to the glass and  above a banner reading ‘climate chaos = war + famine’.

‘Brave extinction rebellion climate protesters taking a stand at the Picasso exhibition at the NGV today – If you think this is disruption, note that climate chaos will cause war and famine,’ a supporter wrote on Twitter. 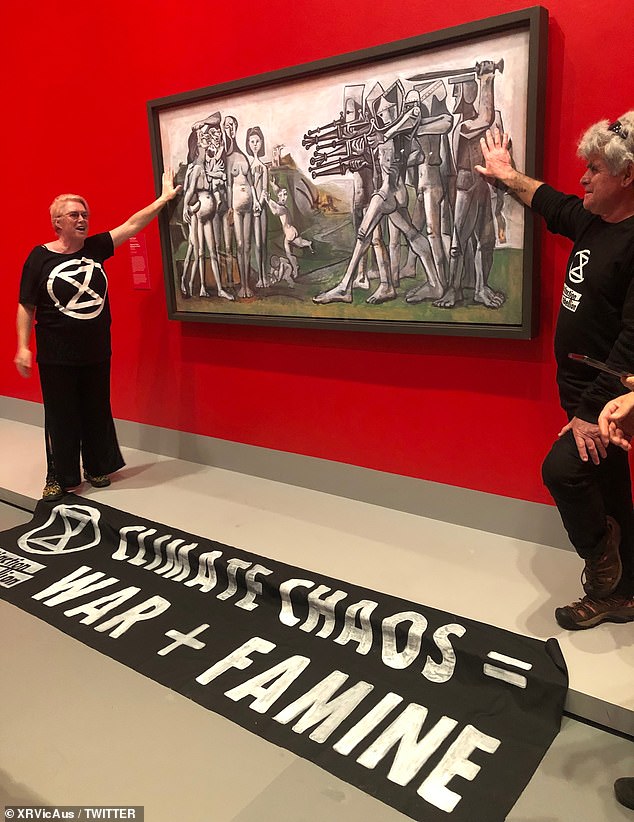 The pair livestreamed their actions as they attached themselves to the painting and began yelling.

The stunt is the latest in the organisation’s calendar of disruptive demonstrations planned for its ‘Spring Rebellion ’22’.

Sunday’s risky protest was not advertised on the calendar.

‘A clear reflection of Picasso’s pacifist beliefs, “Massacre in Korea” shows the horrors of war through a depiction of the final moments of a group of women and children held at gunpoint by dehumanised soldiers,’ Extinction Rebellion wrote on Twitter. 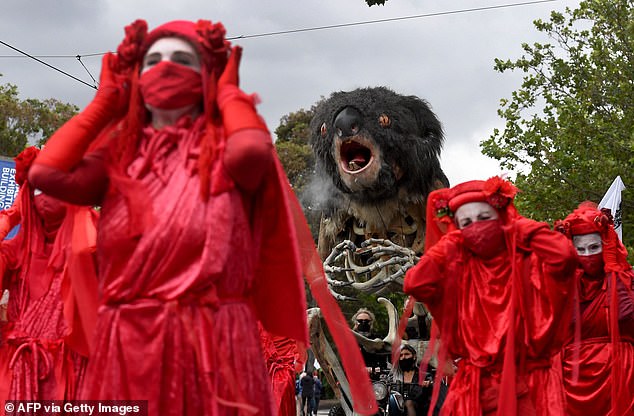 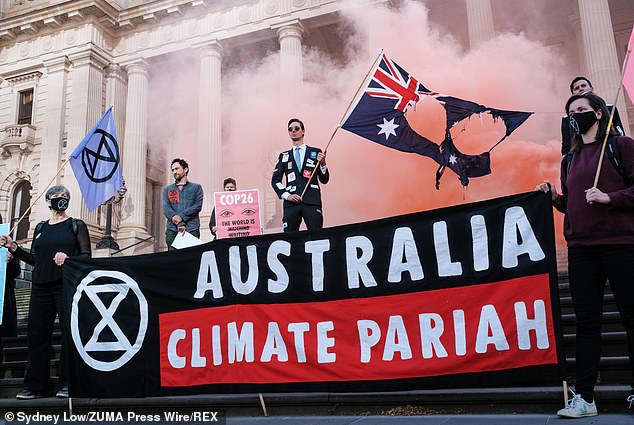 ‘According to David Attenborough, “If we continue on our current path, we will face the collapse of everything that gives us our security” – leading to conflict.

‘No arts were harmed in the making of this action.’

Extinction Rebellion is notorious for its disruptive protests which has seen advocates burn the Australian flag outside parliament house, wheel a mechanical burning koala prop through Melbourne and hang off the side of the Brisbane Story Bridge in a hammock.

Upcoming events on the group’s spring calendar include protests at logging area, a parade, a ‘disruptive’ event in Melbourne’s CBD and a blockade of the Yarra River.

Police said the pair, alongside a 49-year-old man, were arrested at about 2pm and were assisting with enquiries. 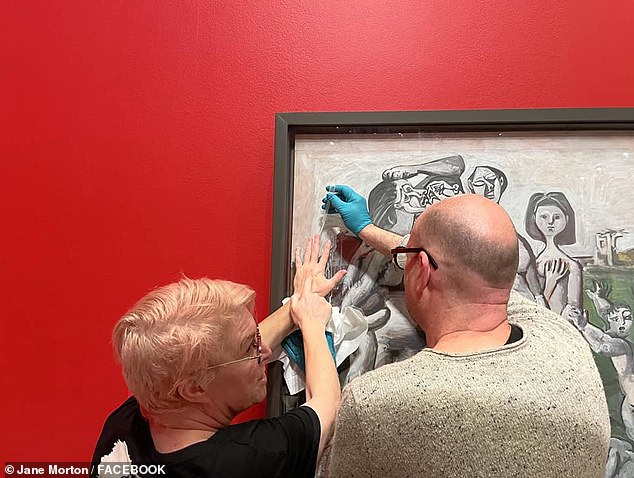 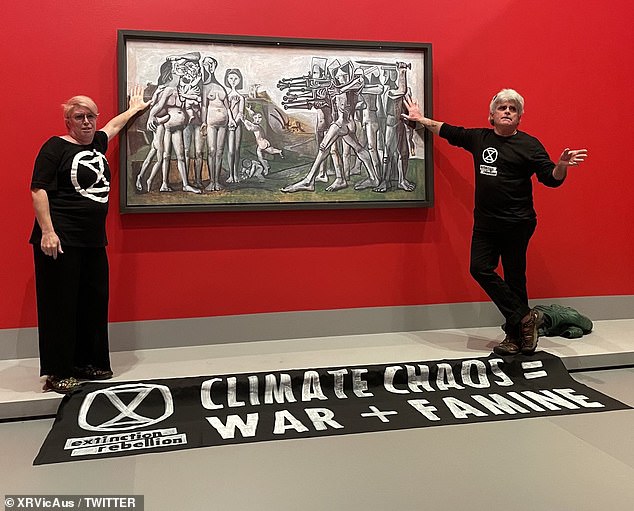 ‘Police were called to the art gallery on St Kilda Road in Southbank after protesters glued themselves to a painting on Sunday 9 October,’ a spokesperson said.

‘It is believed three protesters entered the ground level of the gallery before a man and a woman glued themselves to a protective covering of a Picasso painting about 12.40pm.’

An art curator was called to make sure the pair could be removed without harming the piece.

People attending the gallery’s Picasso exhibit were shocked by the protest. 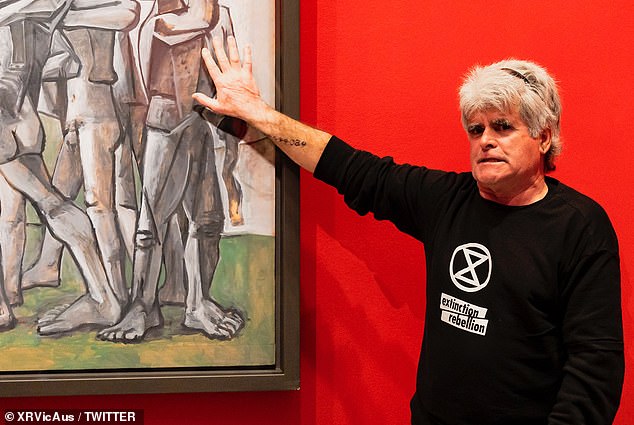 ‘I’m at the Picasso exhibition at the National Gallery of Victoria and just as I’m about to go up to his Weeping Woman some Extinction Rebellion protesters began yelling slogans and attached themselves to a painting in the next room!,’ one person wrote.

‘Had to vacate the Picasso exhibition along with everyone else due to protests & police activity…that’s enough excitement for one day,’ another said.

However, commenters under the ERA’s livestream applauded the protesters.

‘Thanks to this brave pair for highlighting the climate catastrophe,’ one person wrote.

Daily Mail Australia has contacted the National Gallery of Victoria for comment.