Victoria’s religious leaders have condemned moves by the Andrews government to prohibit faith-based schools from sacking or refusing to hire teachers or enrol students based on their gender identity or sexuality.

Nineteen leaders from religious communities including the Christian, Jewish, Islamic, Hindu and Sikh faiths say they have “grave concerns” about the government’s proposed legislation, which would narrow exceptions to equal opportunity laws that allow religious bodies and schools to discriminate against a person because of personal characteristics. 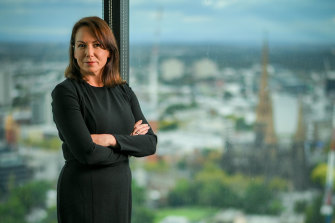 “The bill unfairly targets religious bodies and educational institutes,” the faith leaders said in an open letter to Victoria’s Attorney-General, Jaclyn Symes, which was published on Tuesday.

“In introducing the legislation, the Victorian government is seeking to dictate how faith communities should run their organisations.

“This gross overreach could see religious organisations being forced to violate their beliefs and values in managing employment matters.”

Ms Symes committed to closing what she described as an “unfair, hurtful” gap in the state’s anti-discrimination laws in September, following a series of stories in The Age that highlighted instances of gay and lesbian teachers being sacked by religious schools due to their sexuality.

The legislation is due to be debated in parliament this week.

The National Catholic Education Commission also hit out against the bill on Tuesday, and urged the Morrison government to push ahead with its own religious discrimination legislation, which is due to be debated in federal parliament this month.

The commission’s executive director, Jacinta Collins, said governments were obligated to respect and protect the religious freedom of parents who sent their children to a school where they would be taught in line with their religious convictions.

“The unprecedented character of Victoria’s proposed reforms will create confusion for Catholic schools, particularly in the employment of staff, and could potentially lead to unnecessary litigation,” Ms Collins said.

About a third of Victorian students are educated in non-government schools including 20 per cent who attend Catholic schools.

The Andrews government said in introducing the bill to Parliament last month that the proposed amendment to Victoria’s equal opportunity laws would mean religious organisations and schools would be able to make employment decisions based only on an employee’s religious beliefs where these were inherent to the job.

Discrimination on the basis of sexuality, marital status, gender identity or other protected attributes would not be permitted, it said.

Advocacy group Equality Australia has campaigned in favour of the amendments and described existing exceptions as outdated. The group says religious discrimination against LGBTQ+ students in schools remains rife.

A 2020 Latrobe University report that surveyed 1859 young Victorian LGBTQ+ people found that 59.7 per cent of secondary school students frequently hear negative remarks regarding sexuality at their school, and that 62.1 per cent felt unsafe or uncomfortable at school due to their sexuality or gender identity.

Signatories to the open letter include Catholic Archdiocese of Melbourne Archbishop Peter Comensoli, Anglican Diocese of Melbourne Bishop Paul Barker, Makarand Bhagwat of the Hindu Council of Australia, Sheikh Muhammad Nawas Saleem of the Board of Imams Victoria and Rabbi Shimon Cowen of the Institute for Judaism and Civilization, Melbourne.

Andre, at, Faith:, hit, leaders, out
You may also like: