From the mile high club to the marathon endurance club, it’s fair to say that everyone can be prone to a bit of sexual boasting from time to time.

But few, if any, can claim to have had a session so wild that police closed an entire road so it could finish – except these two sea lions in the Falklands.

Officers in the island’s capital of Stanley blocked a street on Sunday to stop drivers from hitting the frisky mammals as they got down to it in the middle of the tarmac. 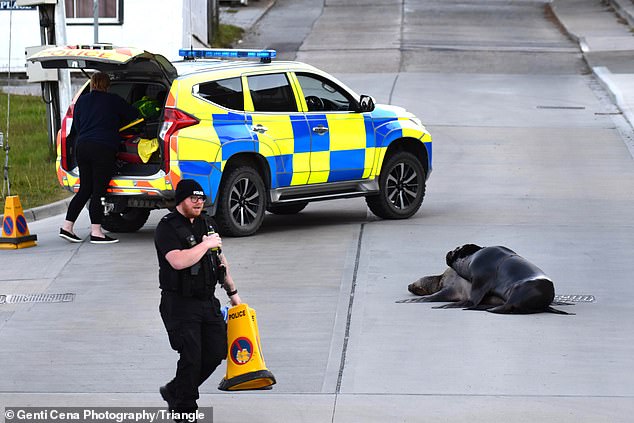 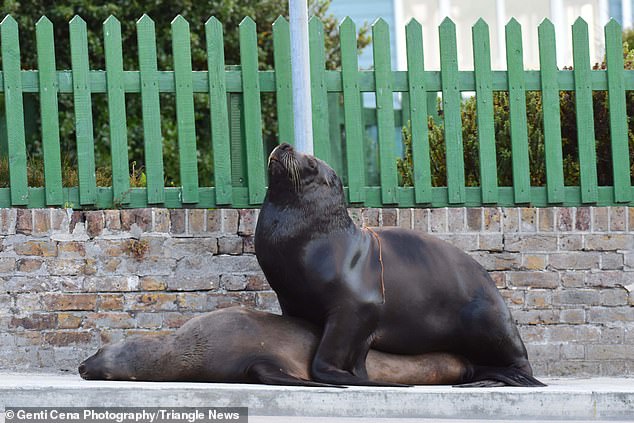 The mammals had begun mating on the pavement with cops setting up a metal fence to contain them, but broke free and then headed into the road

Genti Cena, a keen wildlife photographer, was returning from a family road trip around 8pm when he happened across the scene and decided to capture it.

His amusing images show officers using cones to cordon off the road and protect the sea lions – who had already escaped a metal fence set up a short distance away on the pavement.

Genti said: ‘I saw someone posting on Facebook that the sea lions were heading for the road, and the police blocked them with some metal fences.

‘When I arrived they had escaped from the fence and they were on the pavement sealing the relationship.

‘Half an hour later two police came and blocked the road on both sides.

‘I left after half an hour and the sea lions were still there, I think later they chased them to the sea.’

The Falklands is home to both southern sea lions and elephant seal, the former being brown a furry with visible ears and the latter being larger and grey.

Sea lions arrive on the islands in late September for the breeding season which typically lasts until New Year, after which they raise their pups on land.

The mammals then disappear back out to sea around April once the pups are old enough to handle being in the waters. 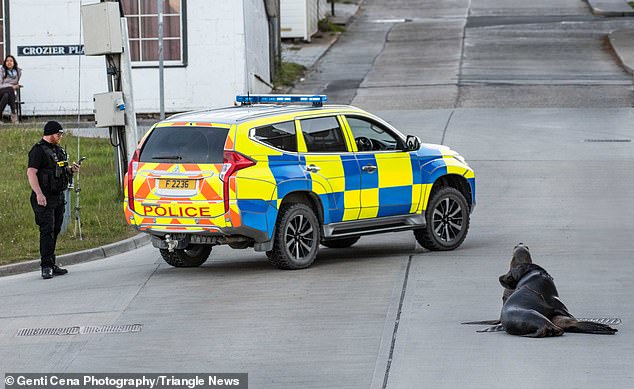 Sea lion mating season takes place in the Falklands between September and New Year, with the animals remaining on the islands until April to raise their pups 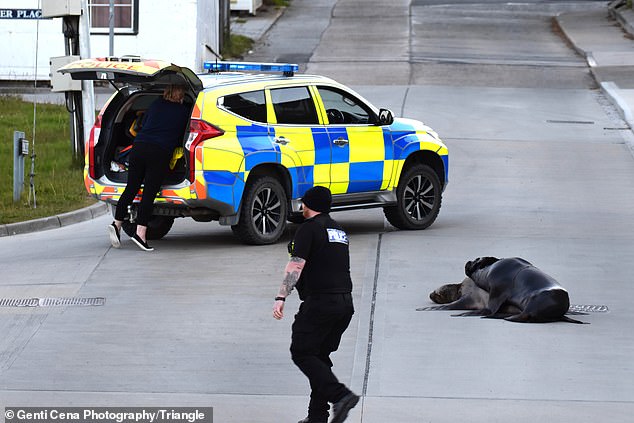 Genti Cena, a keen wildlife photographer, was returning from a family road trip around 8pm when he happened across the scene and decided to capture it