REPULSED residents in Stoke-on-Trent were left horrified when RAW SEWAGE began gushing into their gardens and across driveways.

The unbelievable outpouring of waste has left locals in Norton Heights livid – after they were told a "mass of fat" caused the bothersome blockage. 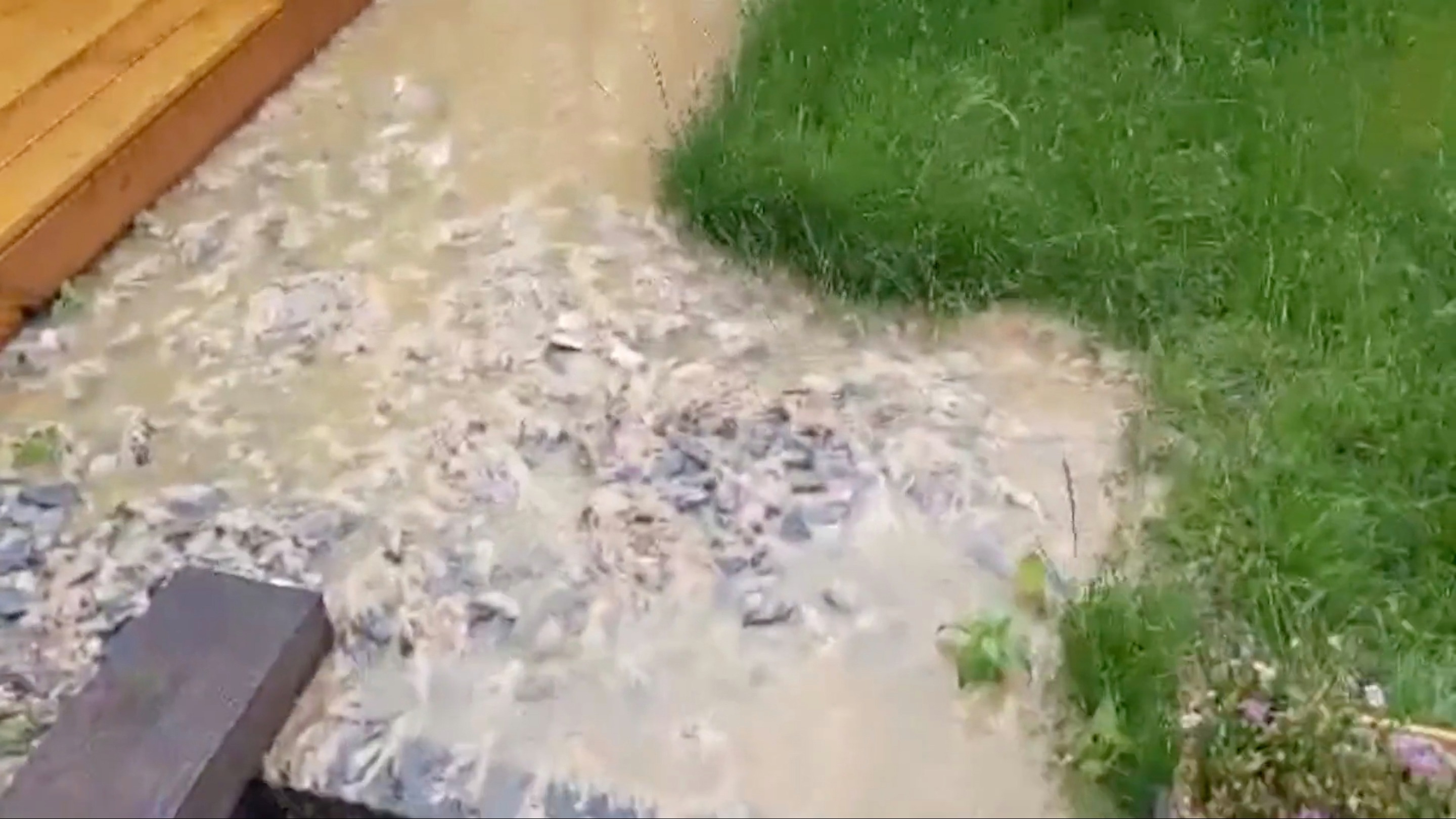 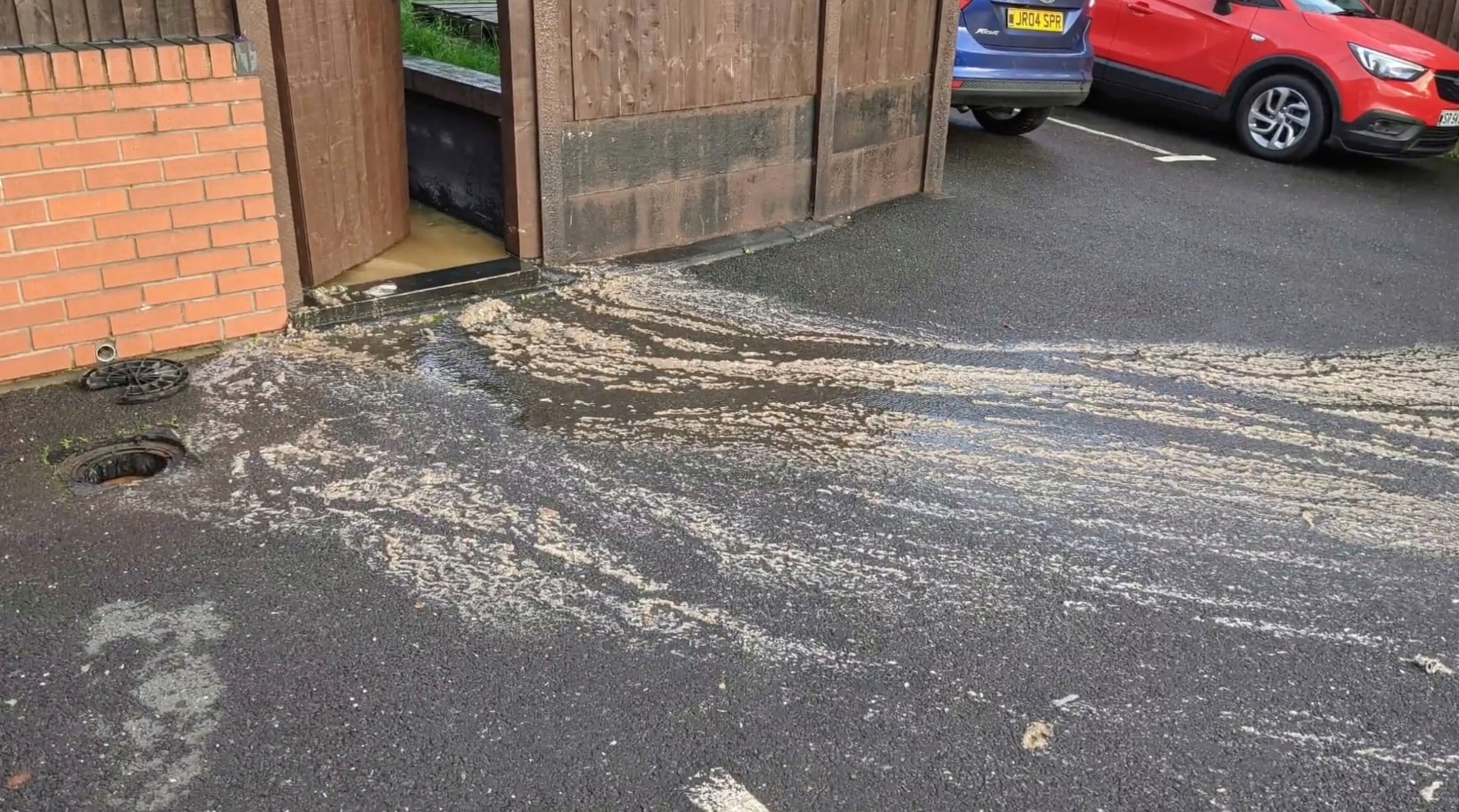 Sanitary towels, tampons, excrement, and plastic were pictured cascading past properties on both Burtree Drive and Waverley Drive this weekend.

Frustrated residents have been forced to take matters into their own hands as "no one wants to take responsibility".

Resident Jan Rogers, of Burtree Drive, said: "It was running for over 24 hours through our neighbour's garden and onto the car park. It's disgusting.

"It’s been a real mess, no one wants to take responsibility. It’s contaminated and this is a pollution issue," she told Stoke-on-Trent Live.

"There were sanitary towels and plastic bags in the garden – you name it, it all came through."

Community leaders have demanded that the area be thoroughly sanitised after the sickening sewage flooded the quiet residential estate.

Severn Trent Water were called out to tackle the mess and issued an urgent reminder for homeowners of what not to flush down the loo or put down the sink.

Now, residents have been left with a major clean-up operation as authorities argue over who should take responsibility.

"They fixed it – but residents have been left in a mess, to say the least. So there is all manner of things strewn on people's gardens," she explained.

"It’s in an unsanitary condition, which I won’t accept for my residents. People spend a lot of money on their gardens – a lot of time, care and dedication.

"I hope to see the area sanitised for public health reasons. It’s your worst nightmare to have raw sewage running in the streets and the gardens.

"It’s not fair that residents should be left picking up the pieces."

A spokesperson for Severn Trent Water said: "On Sunday our teams went out to clear a blockage from a sewer on Burtree Drive.

"When the blockage was cleared it was found to be a mass of fat, which had blocked the sewer and caused it to overflow.

"There has been some flooding from the blocked manhole which made its way into the street and we’re really sorry this has happened."

The water services provider urged people to be careful about what they flush, as pipes are very narrow – meaning even small blockages can cause chaos.

The spokesperson added: "We’d like to take this opportunity to remind everyone that leftover cooking fats should never be washed down the drain, as it can easily stick to unflushables such as wipes and sanitary items leading to blocked sewers." 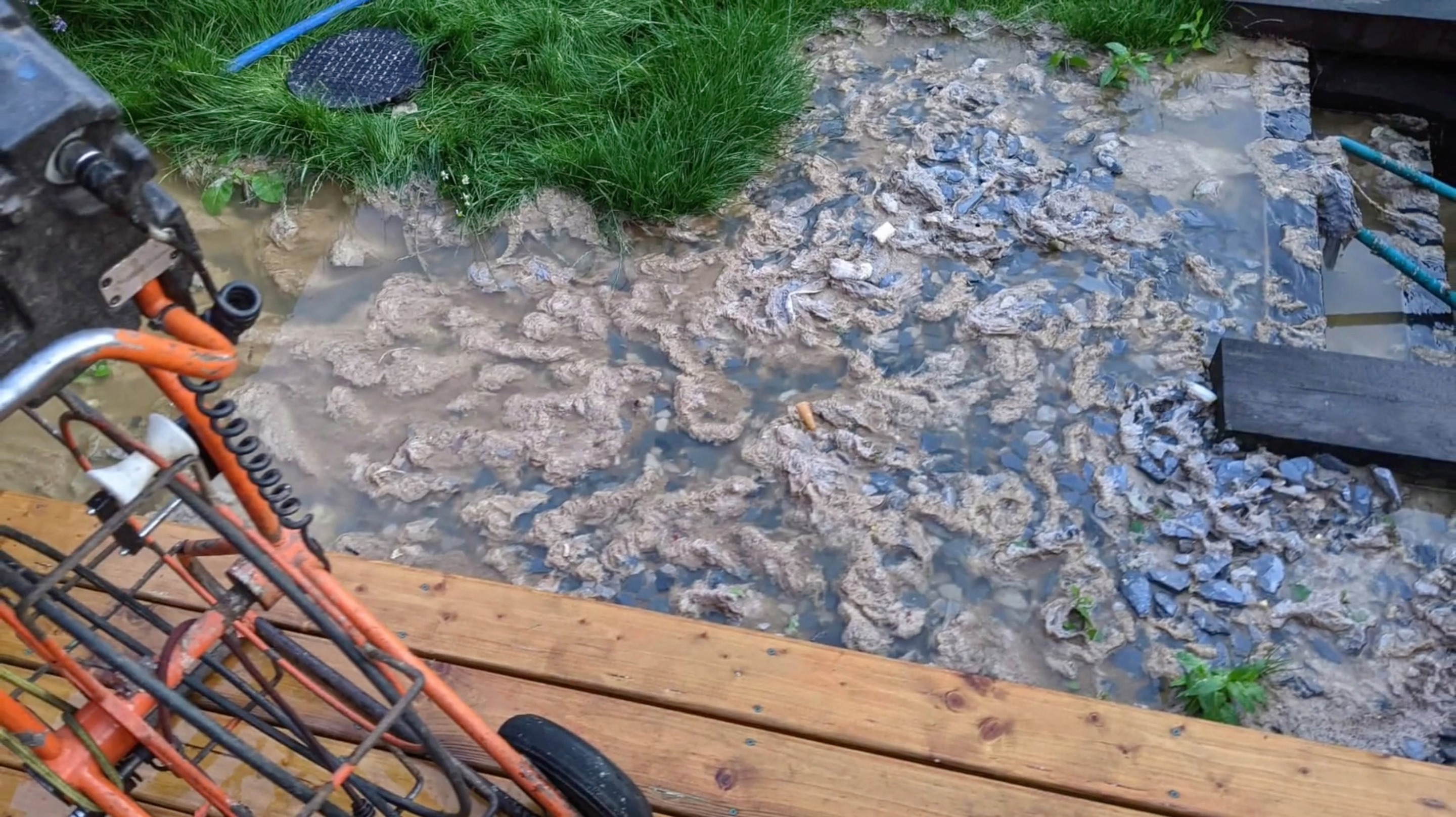 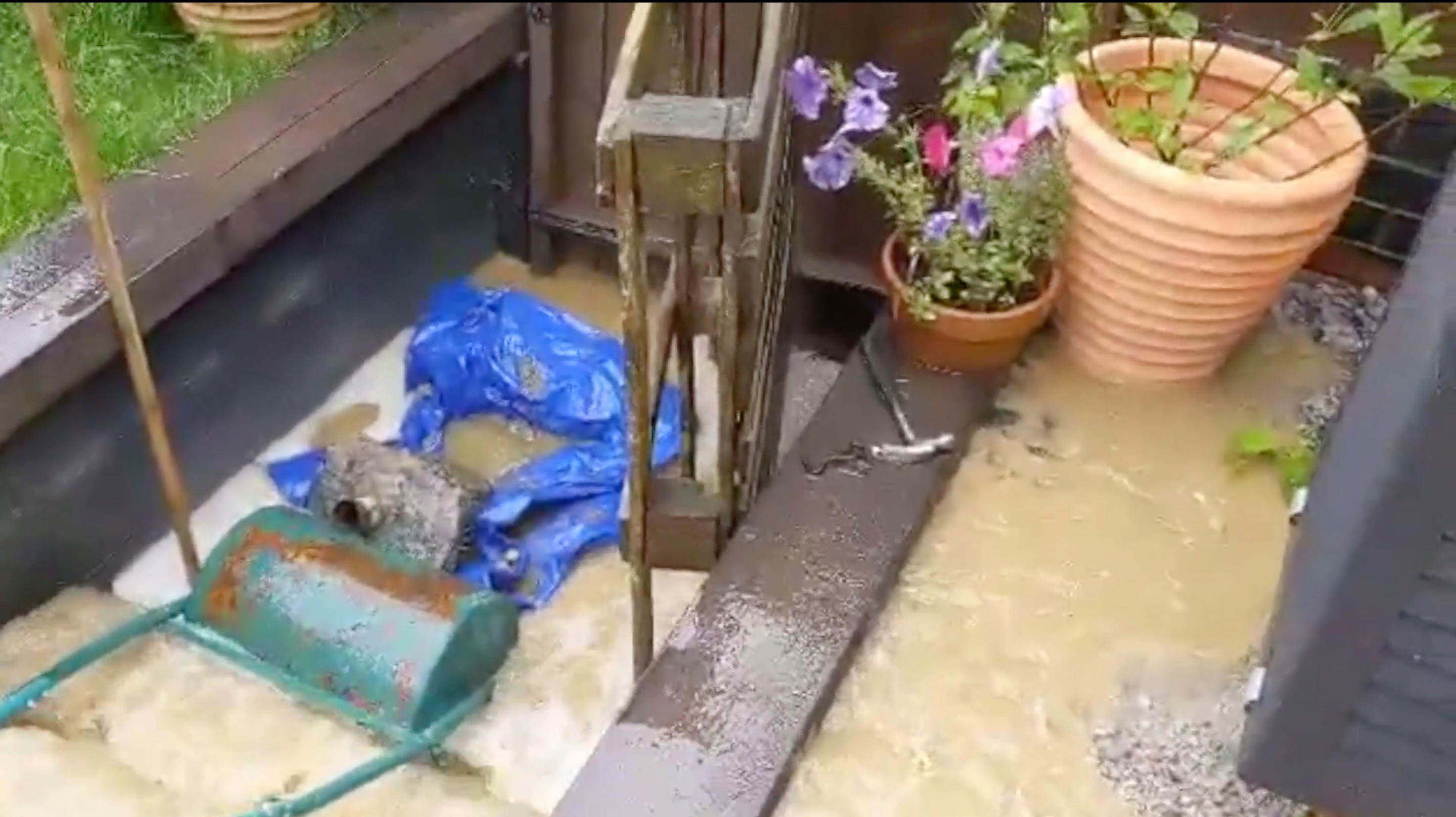 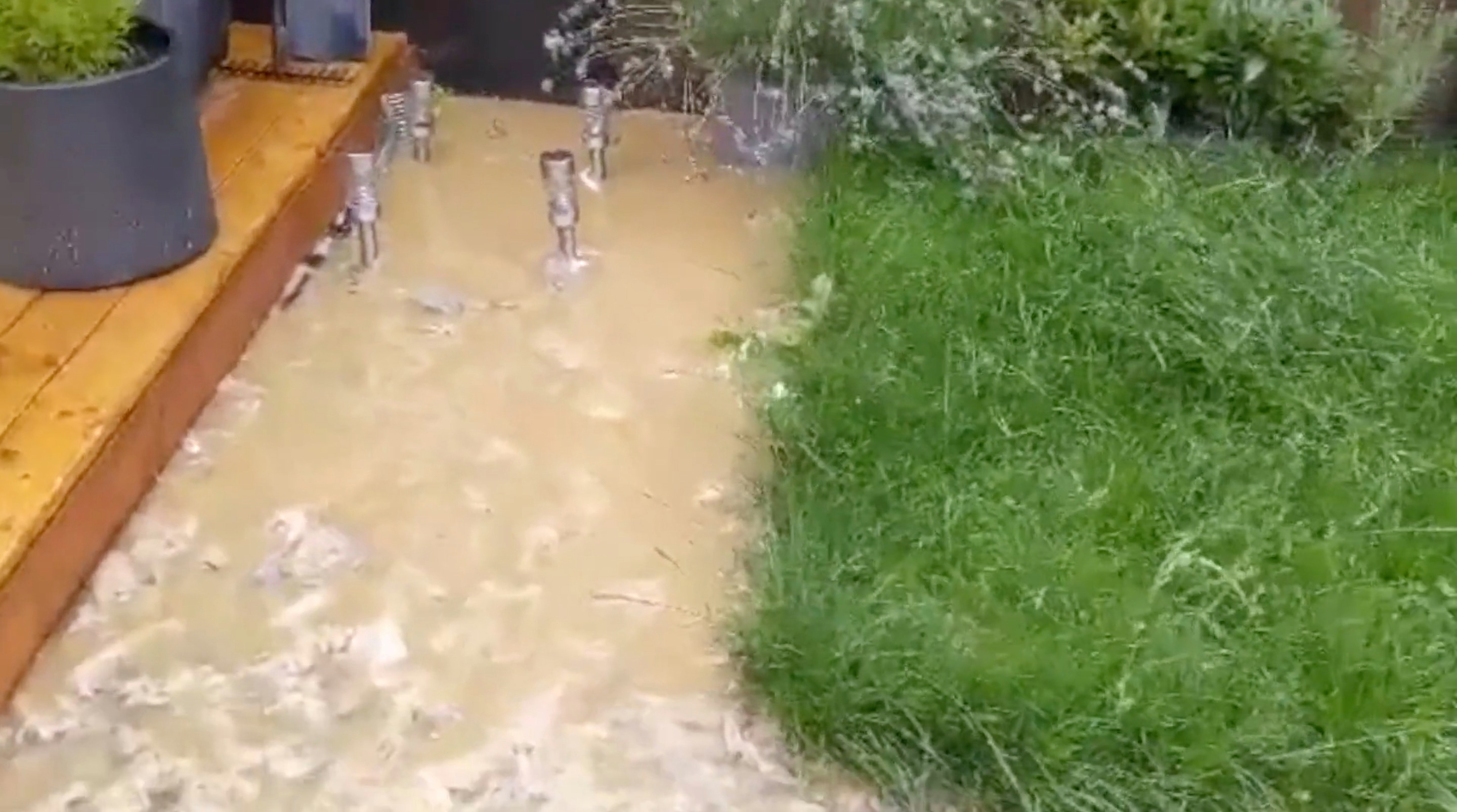 as, families’, horror, raw, S
You may also like: