Millions of families are just 19 days from the breadline and would struggle to afford bare essentials within three weeks of losing their income, study shows

Millions of families are just 19 days away from being unable to afford basic essentials, a study has revealed.

Spiralling energy, food and fuel bills mean households are being forced to raid their savings to cover must-pay bills.

However, such is the cost of living squeeze that this savings safety net will typically fail after 19 days if families were to lose their income.

The figures come from the latest Deadline to Breadline report from Legal & General, which found that average UK households’ financial resilience has shrunk by 21 per cent since 2020 – down from 24 days to 19.

It found people generally overestimate by nearly six weeks how long they could fund basic living costs if they lost their income. 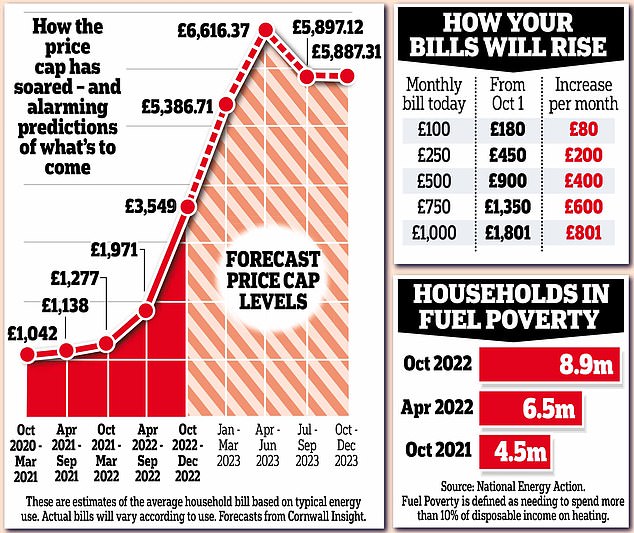 Millions of families are just 19 days away from being unable to afford basic essentials, a study has revealed

Researchers found two million adults generally have no money left at the end of each month, up by 330,000 in two years.

It comes as a council has announced that it is to map out ‘warm spaces’ where people struggling to heat their homes can take shelter.

Birmingham City Council is one of a number of local authorities identifying venues such as libraries and art galleries where people can go to keep warm for free.

The study found that household energy bills increased by a record 54 per cent in April, while another rise of 80 per cent is on the cards from October 1.

Households have average savings of £2,431 and debts of £610. Accounting for average daily expenses of £93, this would see the average household run out of money in less than three weeks if they were to lose their income.

Concerns are particularly high for the UK’s poorest workers. Those earning under £20,000 a year – five million people – are living paypacket-to-paypacket and, on average, have no savings safety net at all.

The study found that even the majority of those with no debt and a higher income – over £50,000 a year – are being more cautious. Some 61 per cent of this group are cutting back on essentials.

Legal & General’s recent Rebuilding Britain Index found that the cost of living crisis is increasing inequalities between different parts of the country, disproportionately affecting households in areas where there is a greater need for levelling-up initiatives. 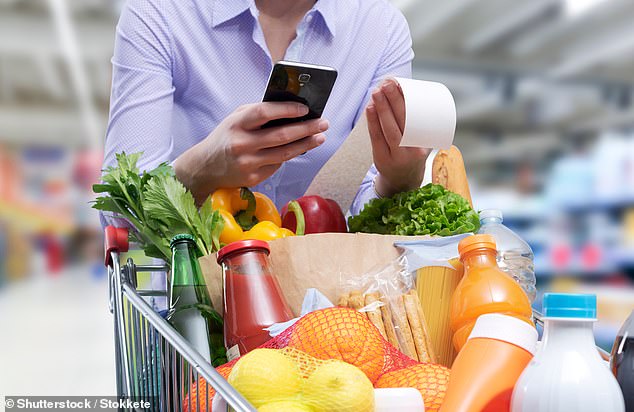 Spiralling energy, food and fuel bills mean households are being forced to raid their savings to cover must-pay bills

Older workers – aged 55-65 – tend to have higher levels of financial reserves they can draw on, meeting their expenses for an average of 99 days in the event they lose their income.

Chief executive of Legal & General Retail, Bernie Hickman, said: ‘Our latest research presents a challenging picture for working households across the UK. We often talk about managing money month-to-month but, as our findings indicate, for some it’s a case of day-by-day.

‘The cost-of-living crisis is squeezing the purses of people all over the country, leaving households of every shape and size with money worries.

‘The fact is there is only so much people can do to manage their budgets in these difficult times but there are resources available that can help.

‘Half of all people in the UK haven’t taken advantage of financial guidance available, including free services like MoneyHelper, to help make the most of what they have. It may feel overwhelming but we encourage people to do what they can now so they are best prepared for a further squeeze on finances coming this autumn.’