Family launch campaign for justice after suspect died in custody 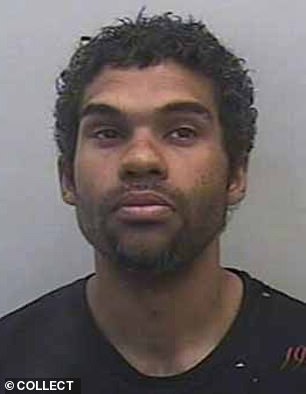 Simeon Francis, 35, was found unresponsive in a custody suite just hours after being arrested in Exeter, Devon, in May 2020

The family of a black suspect who died in police custody after telling officers during a previous arrest: ‘I can’t breathe’ have launched a campaign to seek justice for him.

Father-of-one Simeon Francis, 35, was found unresponsive in a custody suite just hours after being arrested in Exeter, Devon, in May 2020.

An investigation is being carried out by the Independent Police Complaints Commission (IOPC) and an inquest has been opened and adjourned.

But his grieving family say they are struggling to get justice for Mr Francis and have now launched a fundraising campaign to demand answers.

The family have launched the Justice 4 Simeon Francis Fund, which has a target of £10,000.

They said: ‘The purpose of this is to seek funds for this campaign for justice as answers are required in order to ascertain why Simeon is no longer with us.

‘We need your support in this quest for justice and also all donations would be welcome in our quest to answer a simple question “Why is Simeon dead?”

‘Over one year on and we are still awaiting answers which are still not forthcoming.’

Mr Francis was arrested in Exeter on May 20 last year at 12.45am and transported by police van to Torquay Police Station. 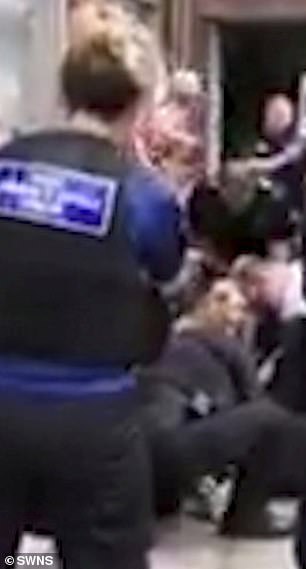 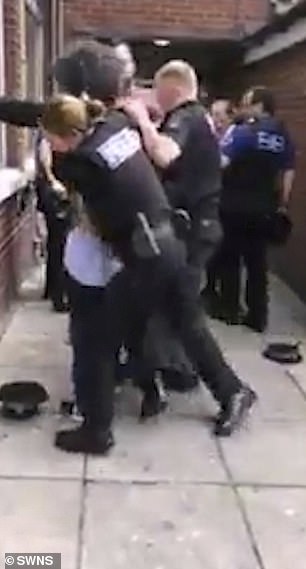 Shocking video released by Simeon Francis’s family showed him being arrested in July 2019. This was ten months ahead of his death following a second arrest in May 2020 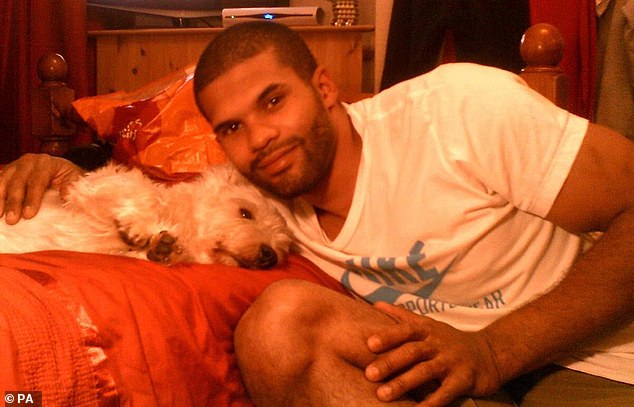 An investigation is being carried out by the Independent Police Complaints Commission (IOPC) and an inquest has been opened and adjourned. Pictured: Mr Francis

He was booked into custody at around 3am but later found unresponsive in his cell. An ambulance was called but he was pronounced dead at around 6pm.

The father-of-one, originally from Birmingham, moved to Torquay, Devon, in 2004.

His family also lodged a formal complaint of use of excessive force against Devon and Cornwall Police after footage emerged of him being restrained.

The video was filmed in July 2019 – ten months before he died at the police station.

During the first arrest, Mr Francis can be heard accusing the officers of being ‘racist’ and while being restrained on the ground he tells them he can not breathe.

It is understood that this incident took place in Exeter, Devon.

In the video, Mr Francis is also heard to shout ‘You’ve got my throat’. 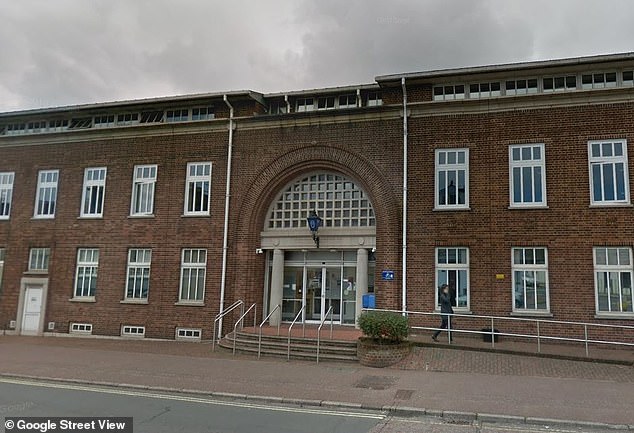 Around 10 officers are involved, with three holding him down first.

One officer then appears to press his knee into Mr Francis’ back as an onlooker asks: ‘Do you really need that many officers on him?’

In his latest statement, Desmond Jaddoo, who is acting as a spokesman for the family, said: ‘The family have been frustrated at the length of time the process is taking and their grief exacerbated by the Covid crisis.

‘They want answers about what happened.

‘A young man, a son, a father, a brother lost his life in circumstances that need to be investigated and we need answers sooner rather than later.’

He confirmed that the video had been sent to the Chief Constable also, with a request that this matter be referred to the IOPC.

He added: ‘This video raises concerns of the actual treatment of Mr Francis by Devon and Cornwall Police. It has caused his family further and extreme distress during this difficult time’.

In its last statement, issued in June last year, Devon and Cornwall Police said no members of staff have been suspended or restricted over either arrest and that the force has been co-operating fully with the probe.

Devon and Cornwall Police have been asked for an updated comment.

campaign, Family, for, jus, launch
You may also like: