‘We’ve lost a beautiful child’: Family of Yusuf Mahmud Nazir, five, say he died of an infection after being sent home from Rotherham hospital where they had ‘begged’ for staff to treat him

The family of a five-year-old boy who died after he was sent home from hospital because there were ‘no beds’ say that he could have been saved if staff had listened to their pleas.

His uncle Zaheer Ahmed told Sky News said that he ‘begged and begged’ staff at Rotherham General Hospital to treat his nephew’s sore throat but was told ‘there are no beds and not enough doctors’.

Mr Ahmed was brought to tears as he watched a video of Yusuf from just two weeks before his tragic death as he remembered ‘such a lovely kid’.

Rotherham NHS Foundation Trust have since launched an investigation into the young boy’s care.

Yusuf had complained of a sore throat on November 13 which prompted his parents to take him to their GP who prescribed antibiotics.

But when his conidiation did not start to improve, Yusuf’s parents drove him to the emergency department at Rotherham General Hospital the next day. 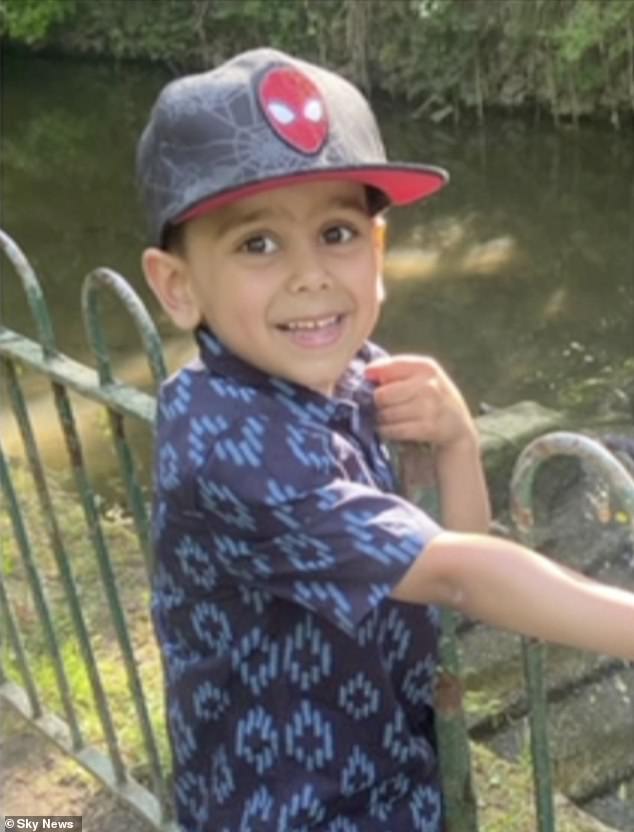 Five-year-old Yusuf Mahmud Nazir (pictured) died of pneumonia on Monday. His family say he could have been saved had staff listened to their pleas 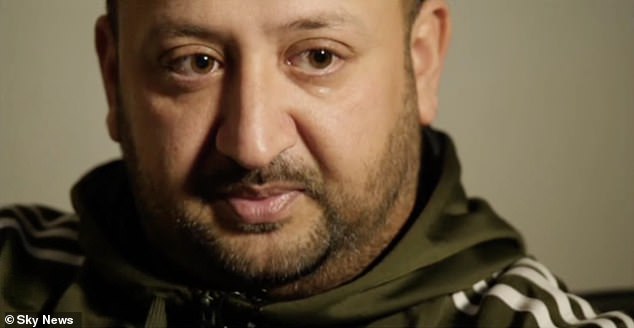 Speaking on Sky News, Yusuf’s uncle Zaheer Ahmed (pictured) said that he ‘begged and begged’ staff at Rotherham General Hospital to treat his nephew’s sore throat but was told ‘there are no beds and not enough doctors’

The family were forced to wait several hours before Yusuf was seen but he was sent back home despite the doctor who was treating him saying ‘it was the worst case of tonsillitis he had ever seen’, Mr Ahmed claims.

His family said that Yusuf was distressed and was struggling to breathe and found it difficult to swallow.

As Yusuf began to deteriorate even further at home, his parents felt compelled to call an ambulance and insisted he was taken to Sheffield Children’s Hospital instead. 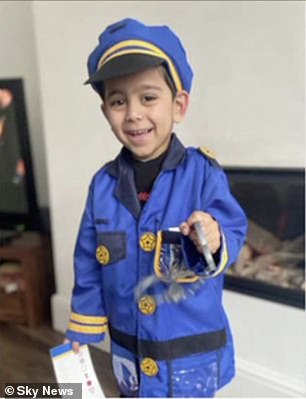 After Yusuf was taken to A&E, he was eventually seen after several hours but he was sent back home despite the doctor who was treating him saying ‘it was the worst case of tonsillitis he had ever seen’, Mr Ahmed claims

Speaking to Sky News, Mr Ahmed said: ‘If they would have treated him where we wanted him to be treated he would be here with us now.

‘He would have been here playing like he was. We’ve lost a beautiful child… it’s not his fault.

Mr Ahmed wants at least something to come from his nephew’s life. He added: ‘Even if it saves one child’s life, saves one parent going through what we’re going through, it saves one family to suffer what we’ve suffered. That will be enough for me.

‘If Yusuf, who’s passed away, if he can save one child, we’re happy. We do not want anybody to go through this. And we’re just asking them to please listen to people. Because when you don’t listen to people, this is what happens.’ 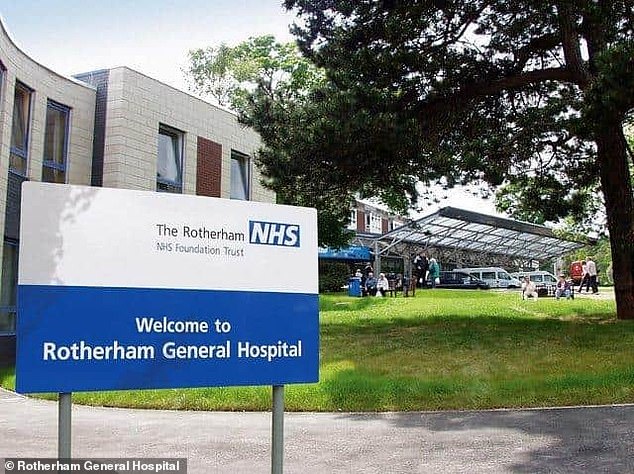 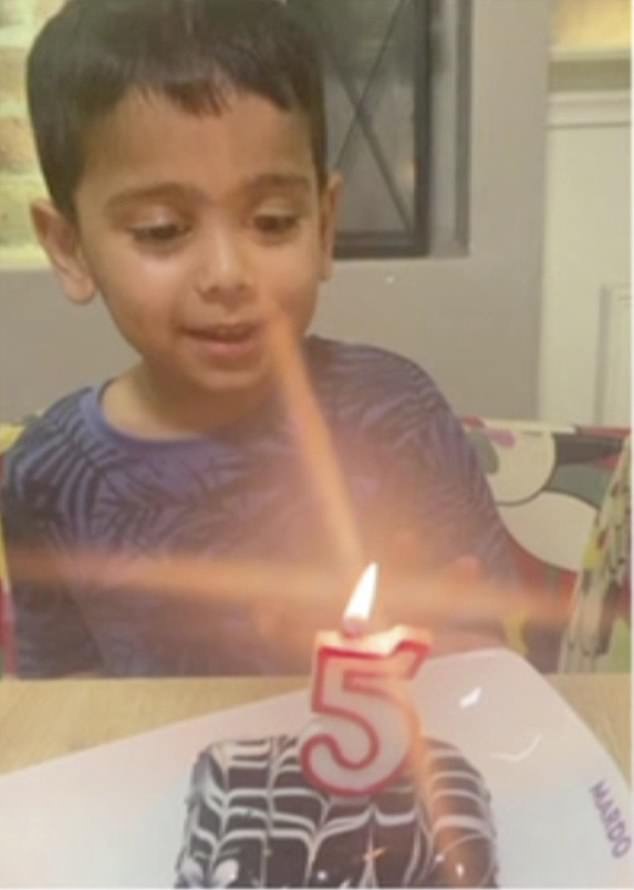 As Yusuf began to deteriorate even further at home, his parents felt compelled to call an ambulance and insisted he was taken to Sheffield Children’s Hospital instead

‘We have contacted the family and will continue to do so as part of the investigation. I want to assure families that we have an appropriately staffed medical paediatric service who provide support to our medical colleagues working within our Urgent Emergency Care Centre when required.

‘We, like other district general hospitals in the South Yorkshire region, do not provide paediatric intensive care beds.

A Department of Health and Social Care spokesman said: ‘All children deserve the highest levels of care and we are taking urgent action to ensure no families have to experience these kinds of tragedies.

‘Last week we announced up to £8billion for health and social care in 2024/25 and we’re giving an extra £500 million to speed up hospital discharge and free up beds, ensuring people are only in hospital for as long as they need to be.

‘The NHS is also creating the equivalent of 7,000 more beds this winter – enabling hospitals to treat patients sooner, including by using remote monitoring to provide care at home or in the community.’

In February 2018, an investigation was launched into the death of a baby boy after his parents claimed he died similarly as a result of a lack of hospital beds.

Matt and Kim Smith’s child was delivered stillborn as the couple waited for an induced labour. 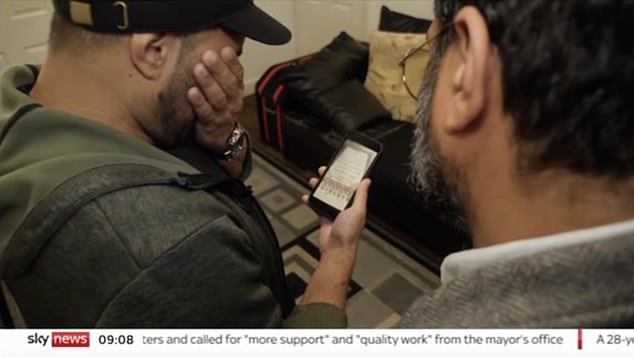 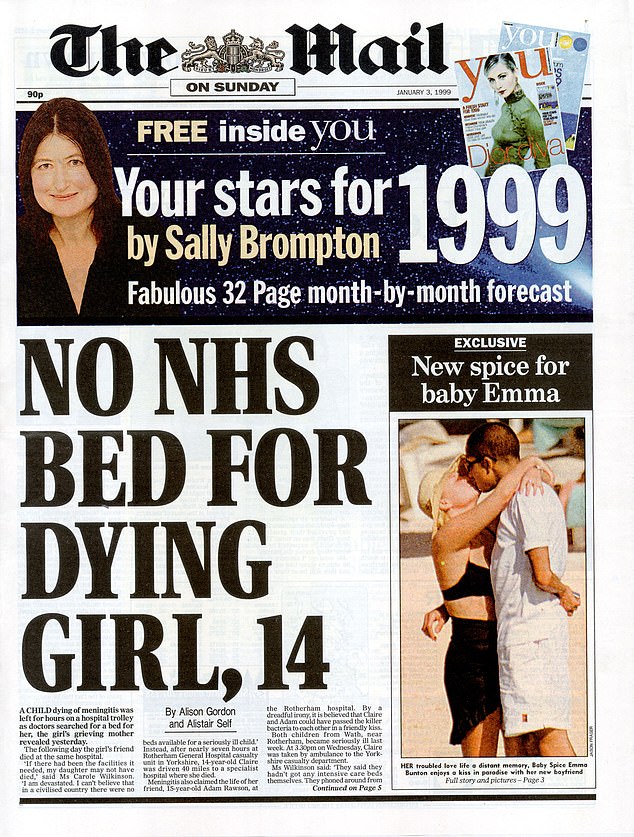 1999: The Mail on Sunday front page featured a story about a 14-year-old girl who died of meningitis. She was left waiting for hours at Rotherham General Hospital before being sent to a specialist hospital where she died

At the time, the Peterborough Telegraph reported that the couple claimed that they were ‘categorically told’ by several staff members at Peterborough City Hospital their son would almost certainly have lived if action had been taken 24 hours before.

The child died of meningitis after allegedly being left for hours on a hospital trolley as doctors searched for a bed for her at Rotherham General Hospital.

At the time mother Carole Wilkinson said: ‘If there had been the facilities it needed, my daughter may not have died.

‘I am devastated. I can’t believe that in a civilised country there were no beds available for a seriously ill child.’

After almost seven hours at Rotherham General Hospital, her daughter had to be driven 40 miles to a specialist hospital where she died.