Felicity Kendal reveals how her family was hit by Covid

‘I almost lost my partner to Covid’: Felicity Kendal reveals agony of 82-year-old’s two weeks on ICU ventilator as she and her step daughter were also hit by coronavirus

Felicity Kendal has revealed her partner Michael Rudman survived a battle against coronavirus.

She said the theatre director, 82, was treated for two weeks on an intensive care ventilator, in what she described as a ‘scary time’.

The Good Life star, 74, said: ‘I think I can speak for a lot of people about the fear being huge, and the frustration being a real hardship.

‘That feeling that you don’t know what state your loved one is in, and knowing you still can’t go and see them – it’s not like anything you’ve experienced before. It was just such a scary time. Michael is in his eighties.’

Miss Kendal was married to Mr Rudman for seven years until their divorce in 1990 and they have one son. They were reunited as a couple eight years later. 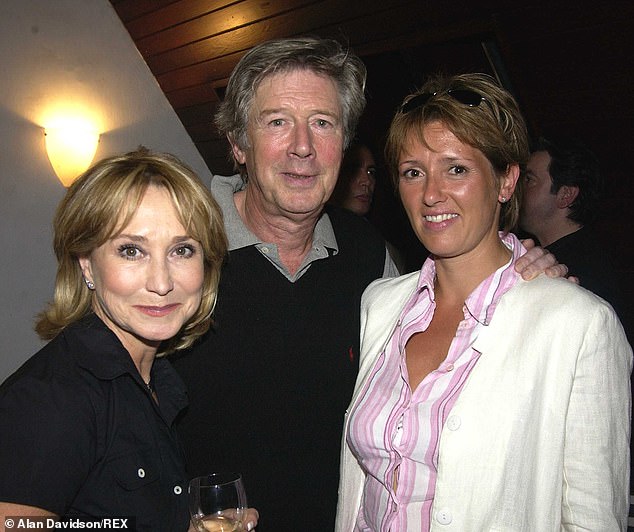 Felicity Kendal, 74, with her partner Michael Rudman, 82, and his daughter Amanda

She said the experience of a loved one being treated for coronavirus was made even worse by the fact that patients must remain isolated in hospital.

She said the normal ‘support system’ that people have during moments of crisis was not there.

‘The thing that gets you through family sadnesses and illness is that you can bind together,’ she added.

‘You go out together and have a coffee after bad news. You chatter. If you have a sick child, one of you will take in the ice cream, and the other one will go round the next day with a balloon.

‘People will cross the world to be with somebody for one last hour, because that’s what we do. But all that support system has been taken away, and I just feel for people going through it.’

Mr Rudman, who won a prestigious Tony award for one of his theatre productions on Broadway, has now recovered after the intensive care treatment in October.

Miss Kendal also tested positive for the virus but her symptoms were very mild by comparison.

‘I’ve been in the [operating] theatre, and could tell the hospital staff were at their wits’ end,’ she told the Camden New Journal.

‘I thought of their distress at having to be mother, father, grandfather – and look after people who are seriously ill.

‘And they are in some ways as isolated as the patients. It’s not just going the extra mile – they are running a marathon every day.’

In the classic sitcom The Good Life, Miss Kendal and the late Richard Briers played a couple who try to be self-sufficient and grow their own food.

Mr Rudman’s daughter, Amanda, who is still suffering from ‘long Covid’ symptoms after a mild case of the disease last March, has set up a charity called Feed The Frontline, that is providing meals for staff at the Royal Free Hospital in Hampstead, north London, where her father was treated. 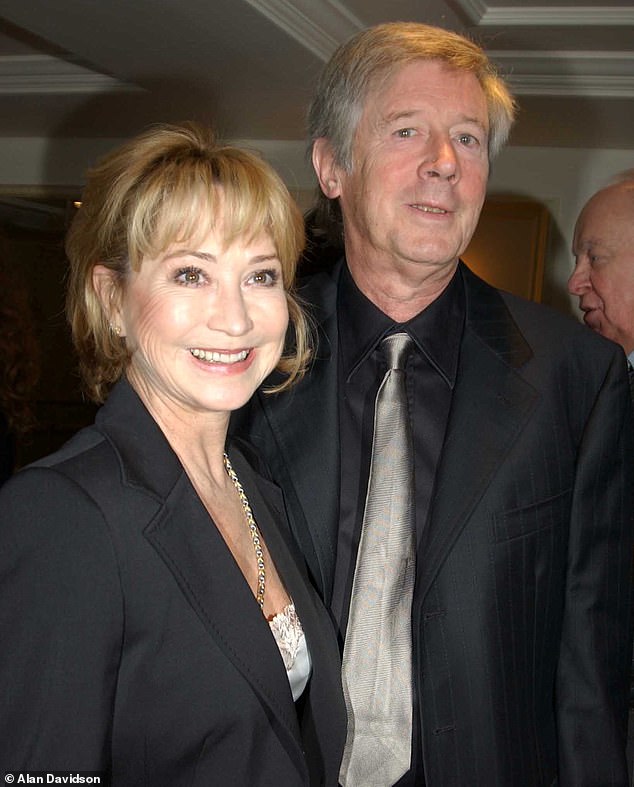 The Good Life star revealed her partner was treated for two weeks on an intensive care ventilator, in what she described as a ‘scary time’

Miss Kendal said: ‘She used to run marathons like there’s no tomorrow, and now she can’t do two miles. I am now one of the people involved in getting food to the staff at the hospital.

‘There are so many hundreds of wonderful things we can do, but it is particularly moving to just say, ”Look, there’s a hot meal, and it is sent to you with love for what you are doing for my family”.’

Miss Kendal added that she does not like the ‘blame’ culture that has emerged in response to the pandemic.

‘We can be prepared for sudden catastrophes, but this is like a war – it’s a different thing,’ she said. ‘Why are we always looking for who’s to blame? We have to hold on to the fact that we have the vaccine going out. It is brilliantly organised.

‘It’s like the Titanic: you see the best and the worst, but there are many more heroes than not.’

Felicity, he, How, Kendal, reveals
You may also like: