Female stalker who scratched slur onto lawyer’s £120,000 Mercedes, repeatedly turned up to his work and pelted his colleagues with eggs is banned from contacting him for ten years

A woman who vandalised a lawyer’s £120,000 Mercedes car during a 14-month stalking campaign has been banned from contacting him for 10 years.

Joanne Maxwell, 34, scratched the luxury sports motor belonging to Diarmid Bruce, 53, and carved a slur on the bonnet.

Maxwell, a disgruntled former client of Bruce, also shouted at lawyer Simon Gilmour, a colleague of Bruce, and pelted him and his car with eggs.

She also poured an unknown liquid over a female staff member after turning up at the legal firm’s office in Motherwell, Lanarkshire. 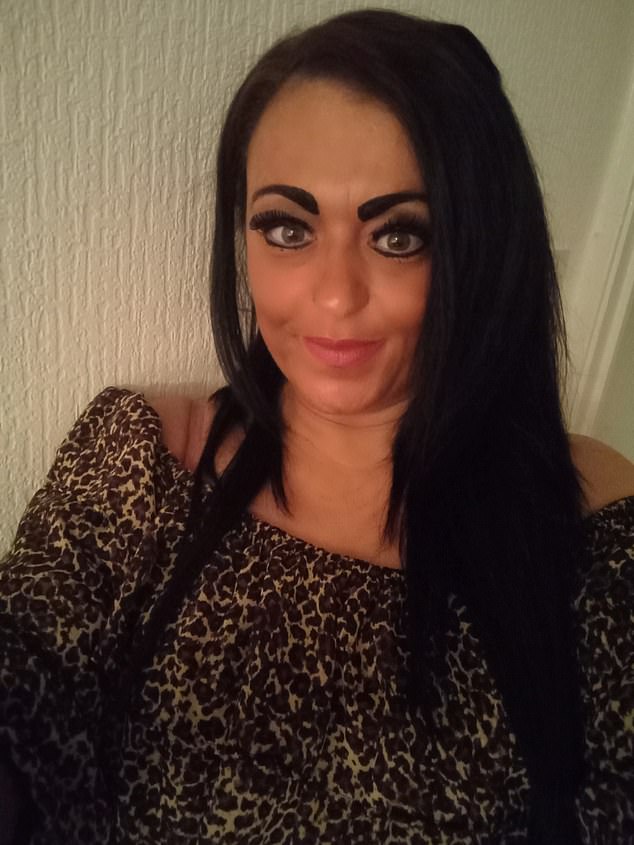 Joanne Maxwell, 34, scratched the £120,000 Mercedes belonging to Diarmid Bruce, 53, and carved a slur on the bonnet 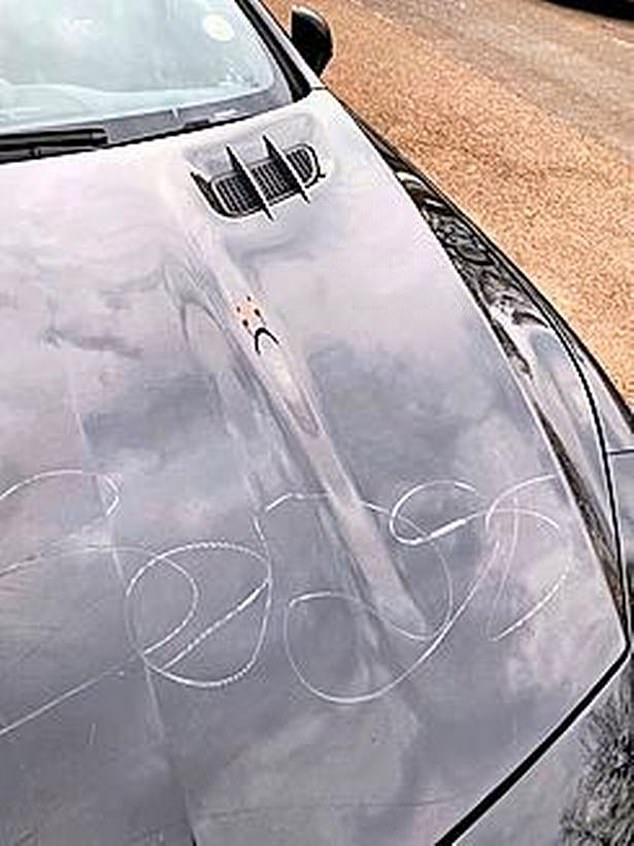 Maxwell scratched Mr Bruce’s £120,000 Mercedes with a series of loops, as well as a slur

The vendetta began after Maxwell was refused access to legal paperwork but police were eventually called in after a staff member was attacked in the street.

She is also banned from entering or loitering near the legal firm’s office in Motherwell.

Maxwell was also ordered to carry out 200 hours of unpaid work and put under supervision for three years.

The court heard the damage to the Mercedes cost more than £1,000 to repair. 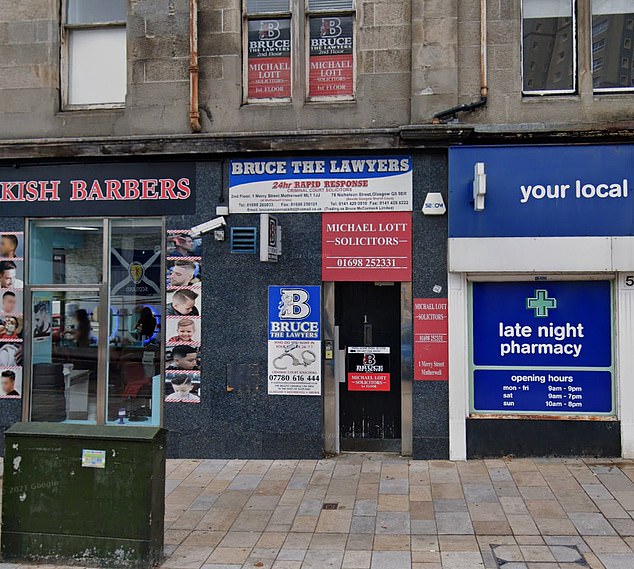 A legal source said: ‘Maxwell’s behaviour spiralled out of control and when a staff member was targeted in the street that was the final straw and police were called in.

‘She could easily have been sent to prison for this but will have to walk a tightrope now she has been given these banning orders.

‘Even the slightest breach could land her in serious trouble with the court again and the message to stay away from these four people has been made very clear to her.’

Sheriff Macfarlane said: ‘All of this is a direct alternative to custody.’

Bruce the Lawyers, which has offices in Motherwell, Airdrie and Glasgow, is one of Scotland’s busiest criminal defence firms.