Temperatures will go up in the next few days across the country, with the mercury set to hit up to 19 degrees celsius on Saturday in southern England. While there will be sometimes thundery showers in most parts of Britain on Thursday and Friday, sunshine will make a comeback bringing higher temperatures.

Ms Kirkwood said: “The weather might be unsettled but it’s nothing like some other parts of the world.”

The weather presenter said “it could be worse” given Hurricane Ian wreaked havoc on the other side of the pond in Florida.

Ms Kirkwood said: “Today, what we’ve got is sunshine and fewer showers than we had yesterday. 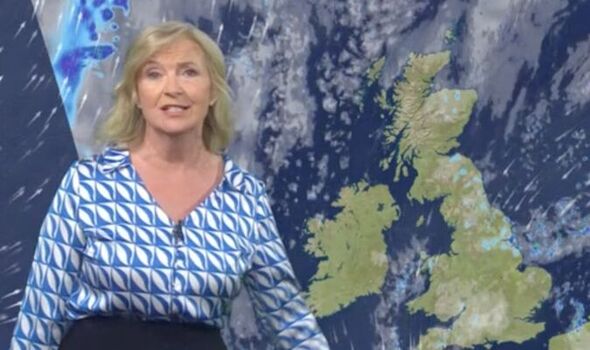 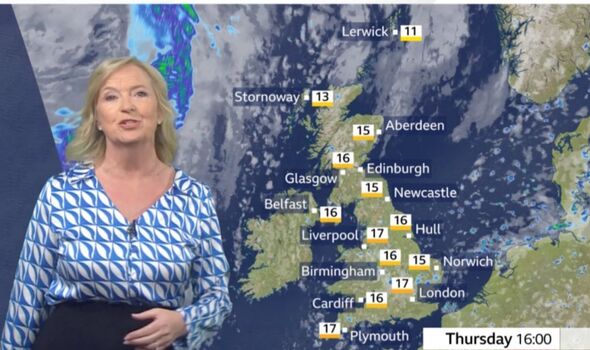 “We do have some rains and strong wind at the moment across Cornwall, which will be pushed down into the Channel islands through the course of the day.

“And then we’re back into sunshine and showers as I mentioned fewer than yesterday.”

Ms Kirkwood warned a weak weather front moving southwards will bring some showers south of the country. But for most of the country, there will be lighter winds and sunshine.

She said: “And temperatures also a little bit higher than they were yesterday. Today is going to feel quite pleasant. 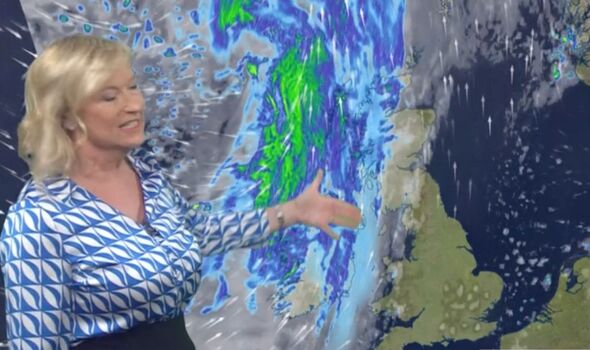 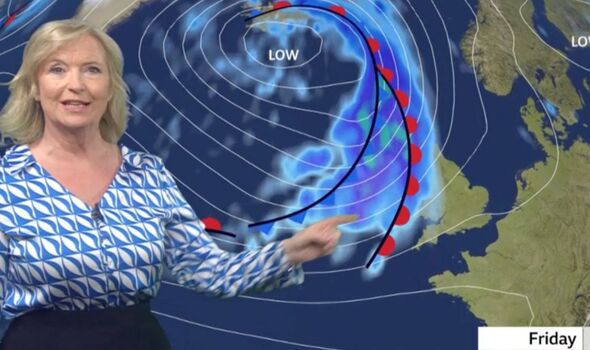 “Into this evening and tonight, there is some clear skies to start with. Some mist and fog patches forming across central parts of England.

“And then, we’ve got this next system coming our way, introducing thicker cloud, stronger winds, and some rain.”

Moving on to Friday’s weather forecast, a new system will bring wet and windy weather throughout Britain as the isobars indicate on the graph.

“Just look at those isobars telling you it’s going to be windy – particularly windy around the coast.

“But in western and central England, it will be a bright start before the clouds move in with the heavy rain. 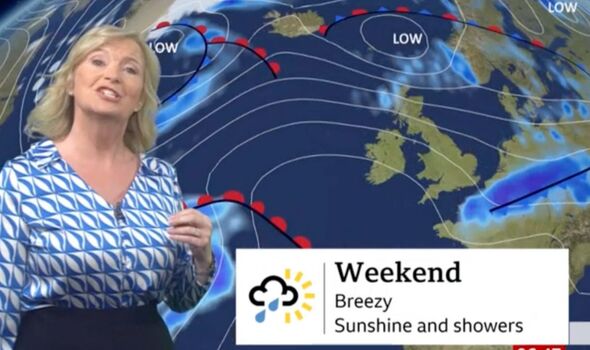 “Heavy is indicated by greens in the charts and back behind that, we’re back into blustery showers – some of which in Western Scotland will not only be heavy but also thundery.

“We could have gusts of 70 mph across the Northern Isles.”

On Saturday, the weather front will move away bringing sunny conditions, with rain persisting in southern and western areas.

But Ms Kirkwood said: “We could miss many of them across eastern parts of England and also parts of Eastern Scotland,” with temperatures between 12 in the north and up to 19 in the south.