Wellington: Fiji’s rugby team abandoned a plan to wear jerseys supporting COVID vaccinations when playing against the All Blacks, amid opposition from players.

They were supposed to wear shirts bearing the message “Vaccinate Fiji”, but ultimately took to the field without them. 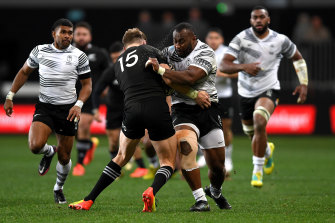 Fiji players turned down their sponsor’s plan for them to wear jumpers with a pro-vaccination message.Credit:Getty Images

The Pacific Island nation is in the midst of a COVID-19 crisis with cases rising sharply, but the pro-vaccination message was dumped at the last minute due to resistance from some team members.

A Fijian team manager confirmed the decision in the lead-up to the test at Forsyth Barr Stadium in Dunedin.

The idea for the jersey reportedly came from one of the team’s main sponsors, Fiji Airways.

A spokesman for the airline said the company was disappointed with the team’s decision.

“We had given up our [advertising] space [on the jersey] to push an important, life-saving message to support the efforts of Fijian front-liners battling the current COVID outbreak.

“We defer to Fiji Rugby to address the issue.”

Fiji coach Vern Cotter confirmed on Sunday his team did not wear the “Vaccinate Fiji” jerseys in Saturday’s 57-23 defeat by New Zealand in Dunedin, but blamed the decision on the idea being sprung on the players late with little consultation.

“That’s a really complex question, and the answer is complex as well,” Cotter said, on the decision. 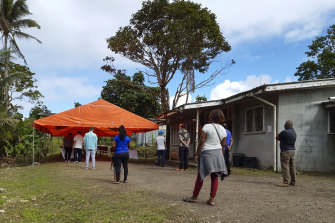 “We really haven’t got the full answer. It was sprung on the players quite late in the piece, and there wasn’t a lot of exchange and consultation.

“As you can imagine, it’s a delicate subject for some, so it was probably better to just have a clean jersey at this stage, and spend some time on how we best want to communicate on this matter and how comfortable the players are in communicating it.”

Auckland-based Dr Api Talemaitoga, a member of New Zealand’s Fijian community, said the decision not to wear the jersey would be damaging in the country’s fight against the virus.

Dr Api Talemaitoga is a member of the expert panel for The Whole Truth: COVID-19 Vaccination project. 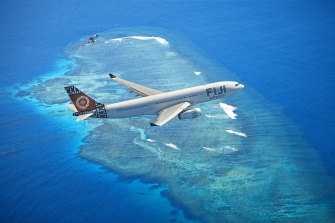 The vaccination message was proposed by team sponsor, Fiji Airways.

Talemaitoga said anti-vax sentiment was rife in Fiji, and within Fijian communities in New Zealand.

“I was at a Fijian community meeting today in Henderson talking about vaccination,” he said.

“There was a lot of noise, particularly from the religious right, that should know better. People who should know to stick in their own lane – who have no medical qualifications whatsoever, who are really pressuring their congregation not to take the vaccine.”

“It’s obviously infiltrated into the team, the strong sort of anti-vaccination messaging, which is just a tragedy for Fiji.

“Their influence, unfortunately [will go] a long way to propagating that anti-vaccination sentiment that is unfortunately rife in Fiji.

“Unfortunately more people will die because of this mistaken belief.”

The Flying Fijians had unveiled the jersey earlier this week in the hope they would win over Fijians back home with a special message against COVID-19.

The test is being played against a sombre backdrop, as daily COVID case numbers in Fiji continue to rise, and more than 5000 cases remain active.

Last week Fiji medical professionals reported that the health system was straining under the weight of rapidly rising COVID-19 cases, and a rapid population-wide vaccination scheme was the only way to avoid a crisis.

The government said many patients were seeking treatment too late, and the hospital’s mortuary was full, even though some victims were dying at home.

Fiji Medical Association president Dr Basharat Munshi said last Saturday that the situation was taking a toll on medical professionals, who typically worked many days in a row before heading into quarantine hotels for a few days before returning to the wards without seeing their families.

“We have doctors and nurses run off their feet. They are tired,” he said.