A FIREFIGHTER who had the world's most extensive face transplant after suffering life-threatening injuries has said he would run into the blaze again, five years on from his op.

Patrick Hardison, 47, suffered horrific burns to his head, neck, and upper torso after a burning building collapsed on him in 2001. 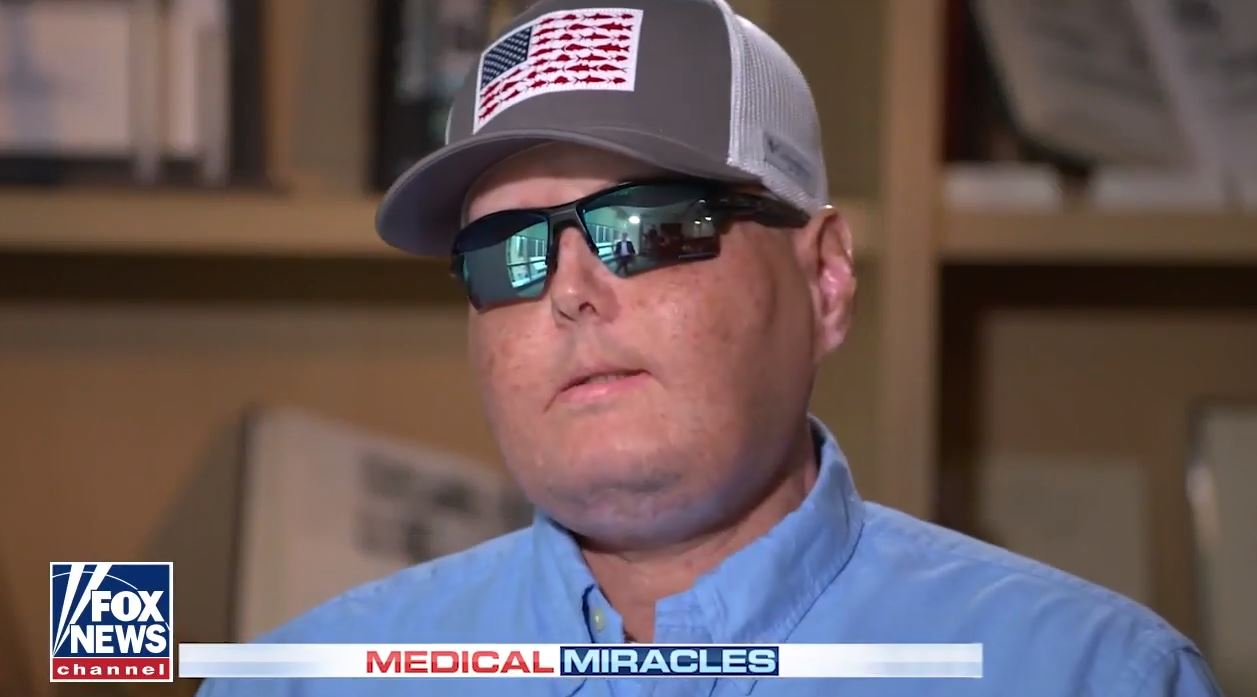 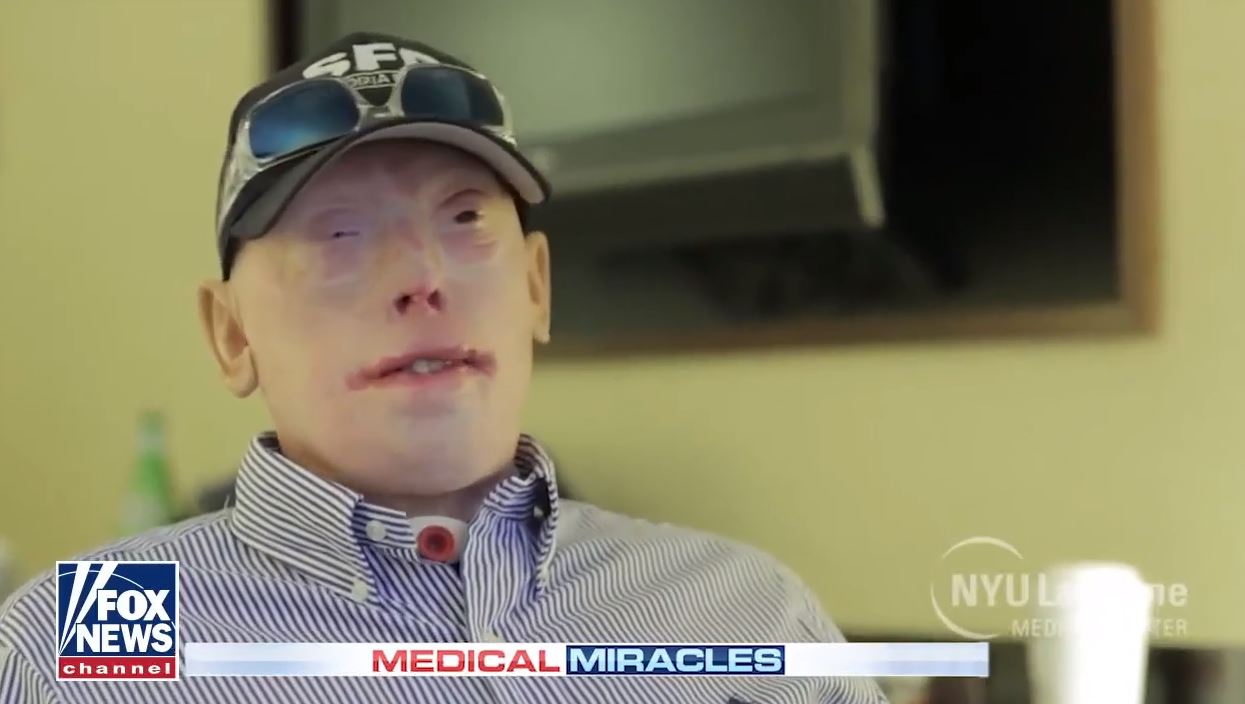 The father-of-five lost his ears, lips, the majority of his nose, and most of his eyelid tissue as he tried to rescue a trapped woman as a volunteer firefighter in Senatobia, Mississippi.

Despite undergoing 71 operations, various procedures, and having to live with his disfigurement, the heroic Hardison told how he would do it again tomorrow – and "hates that he can't do it now."

He told Sean Hannity on Fox News, it was "the greatest job in the world," and despite not even getting paid for it, he defiantly told the talk show host: "you do what you love."

"I never thought it was as bad as what it was, even when my friends would come and get all upset I would say man just chill out, I got this. 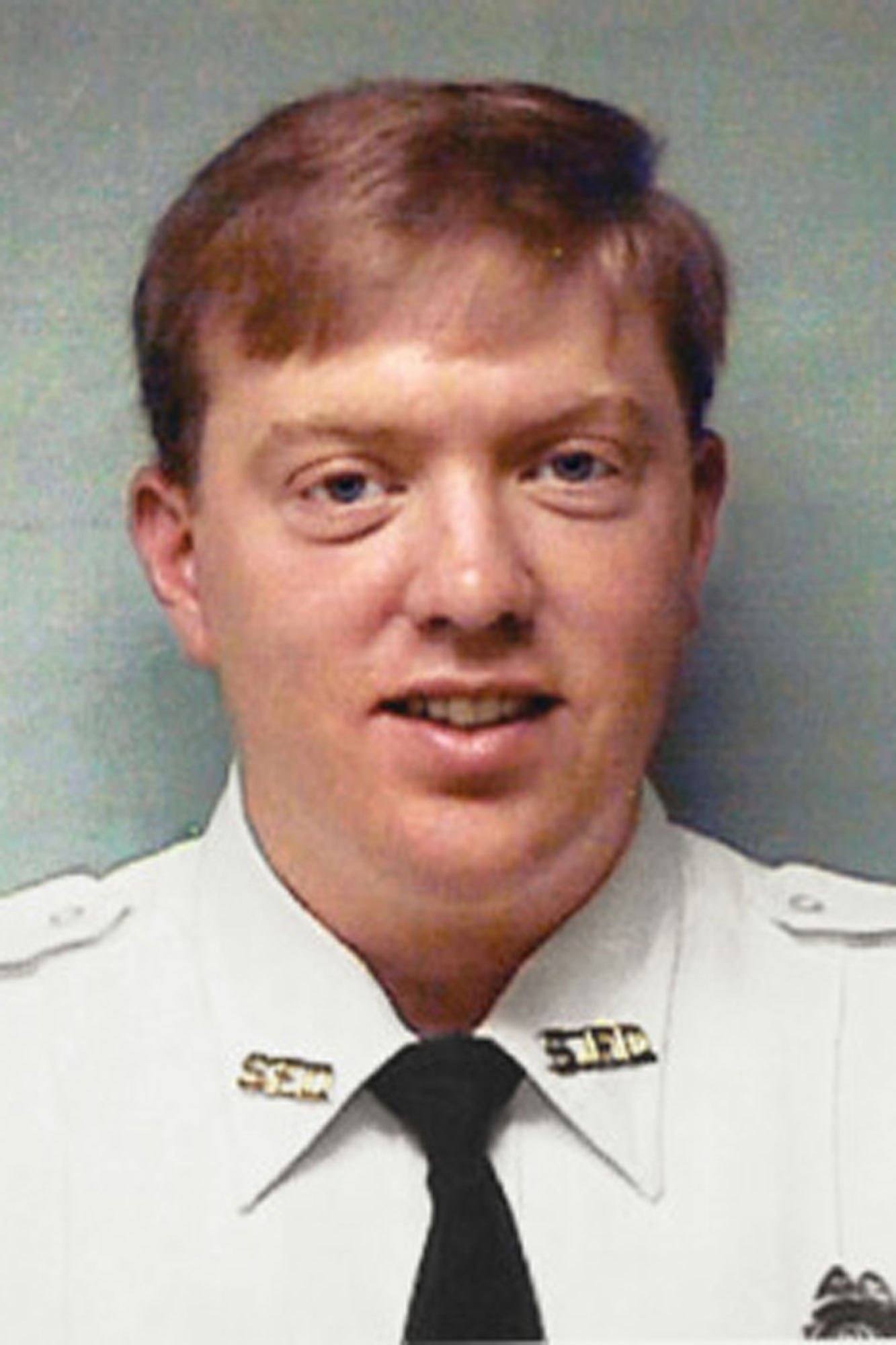 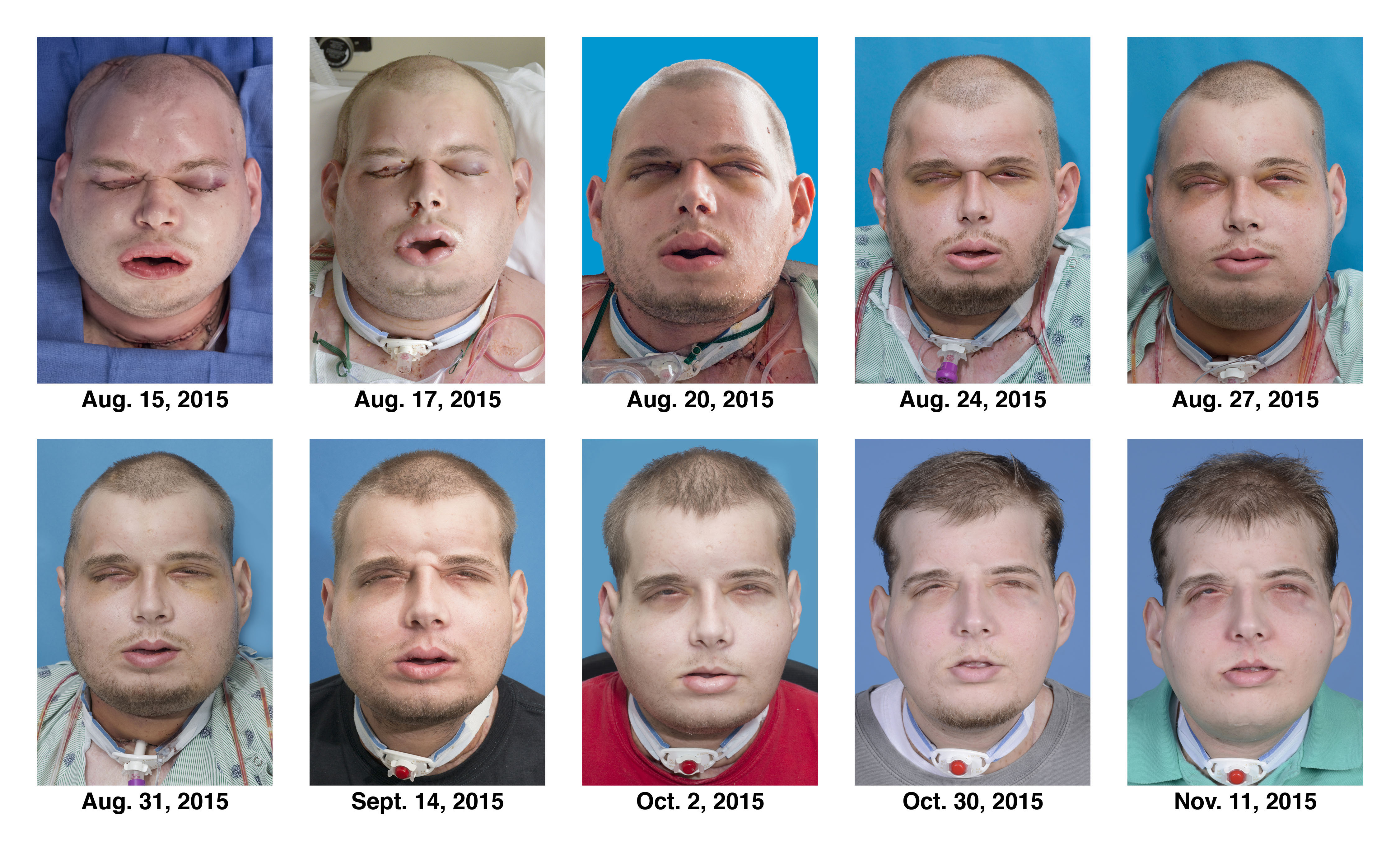 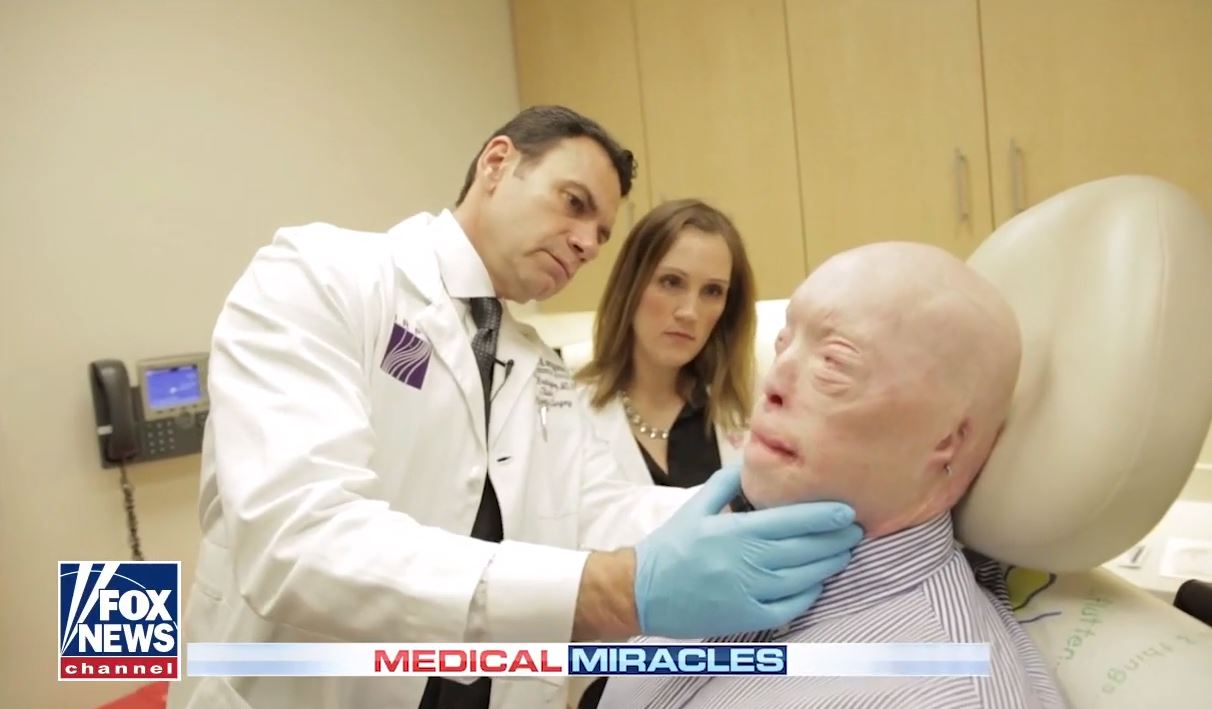 "I didn't actually see myself until probably November. I got injured in September.

"They had cut a little pinhole in one of my eyelids because they had everything covered, skin graft. I looked in the mirror and all I could do, I said, 'this is it? I can't do this."

Patrick spoke about his struggle to come to terms with his new appearance amid stares from strangers and startling young children.

"I had kids. It was just a tough time. I never got a day off from the injury. When you walk out in public, it was daily. And, you know, it's just so – there's no way to explain everything," he explained. 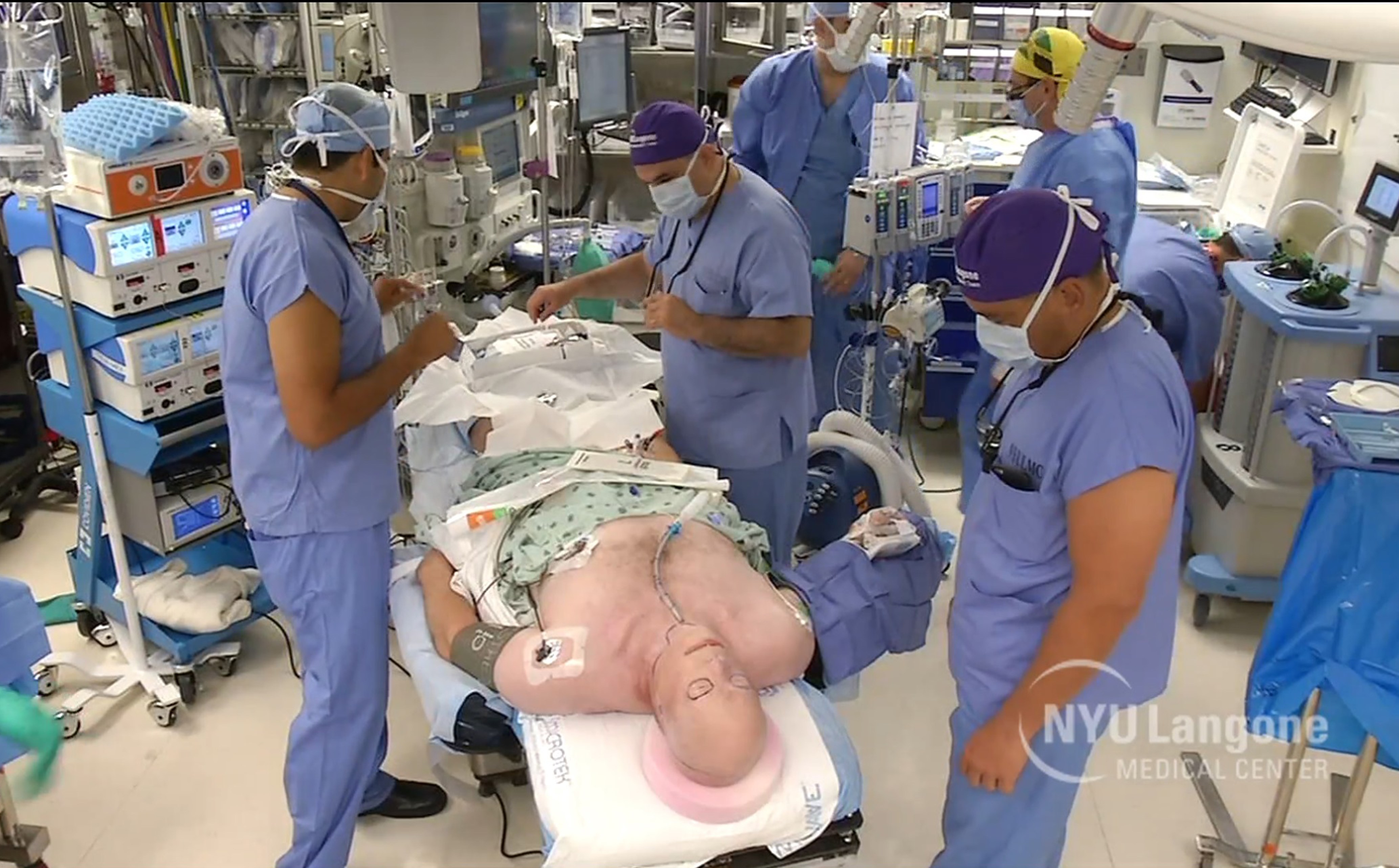 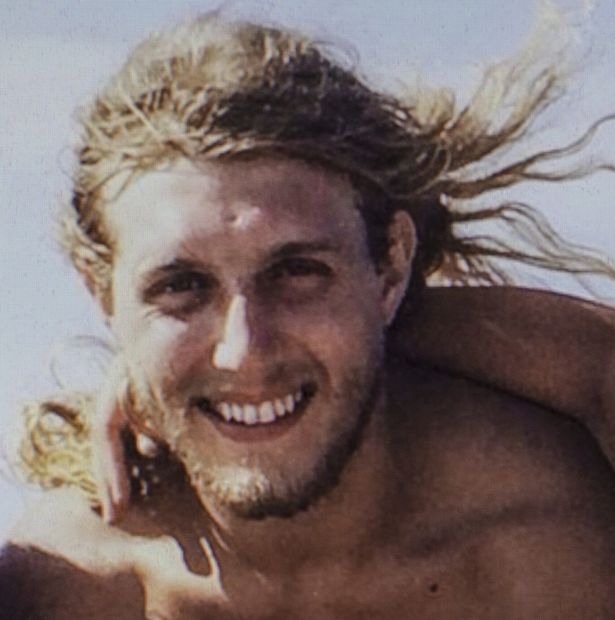 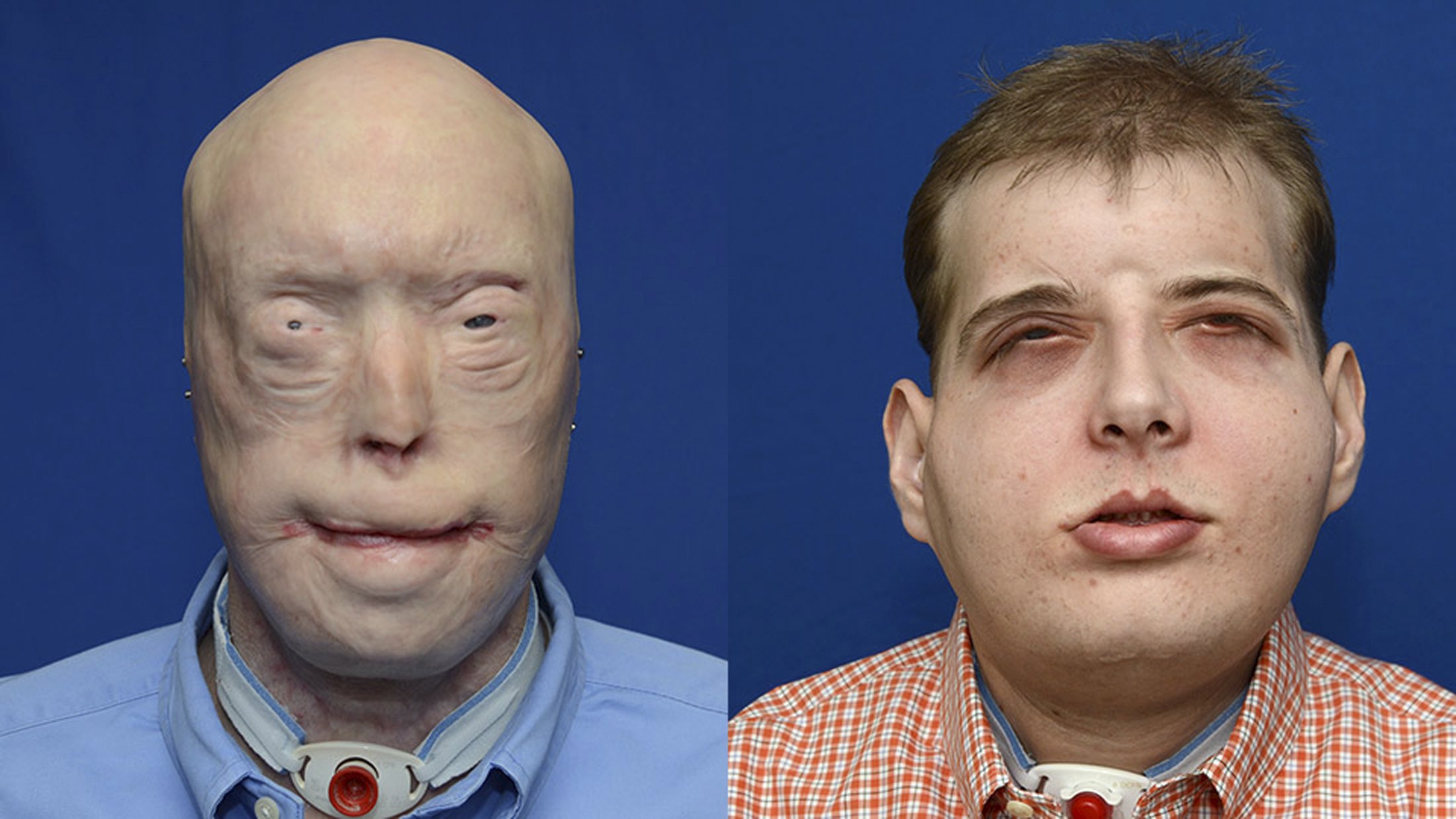 "You go to the ball field, you have to prepare yourself for the kid that goes running off screaming."

He told Hannity, "you'd never know," how painful it is to experience – but his life was again transformed by a pioneering face transplant in 2016.

A pal of Patrick's found specialist Dr Eduardo Rodriguez, of NYU Langone Medical Center in Manhattan, who rallied a team of 100 doctors, nurses and medical aides for the unbelievable op.

The 26-hour surgery was the most extensive soft tissue face transplant EVER recorded – reaching from the top of his head down to his collar bones – after receiving the face of David Rodebaugh, 26, who lost his life in a cycling accident that year. 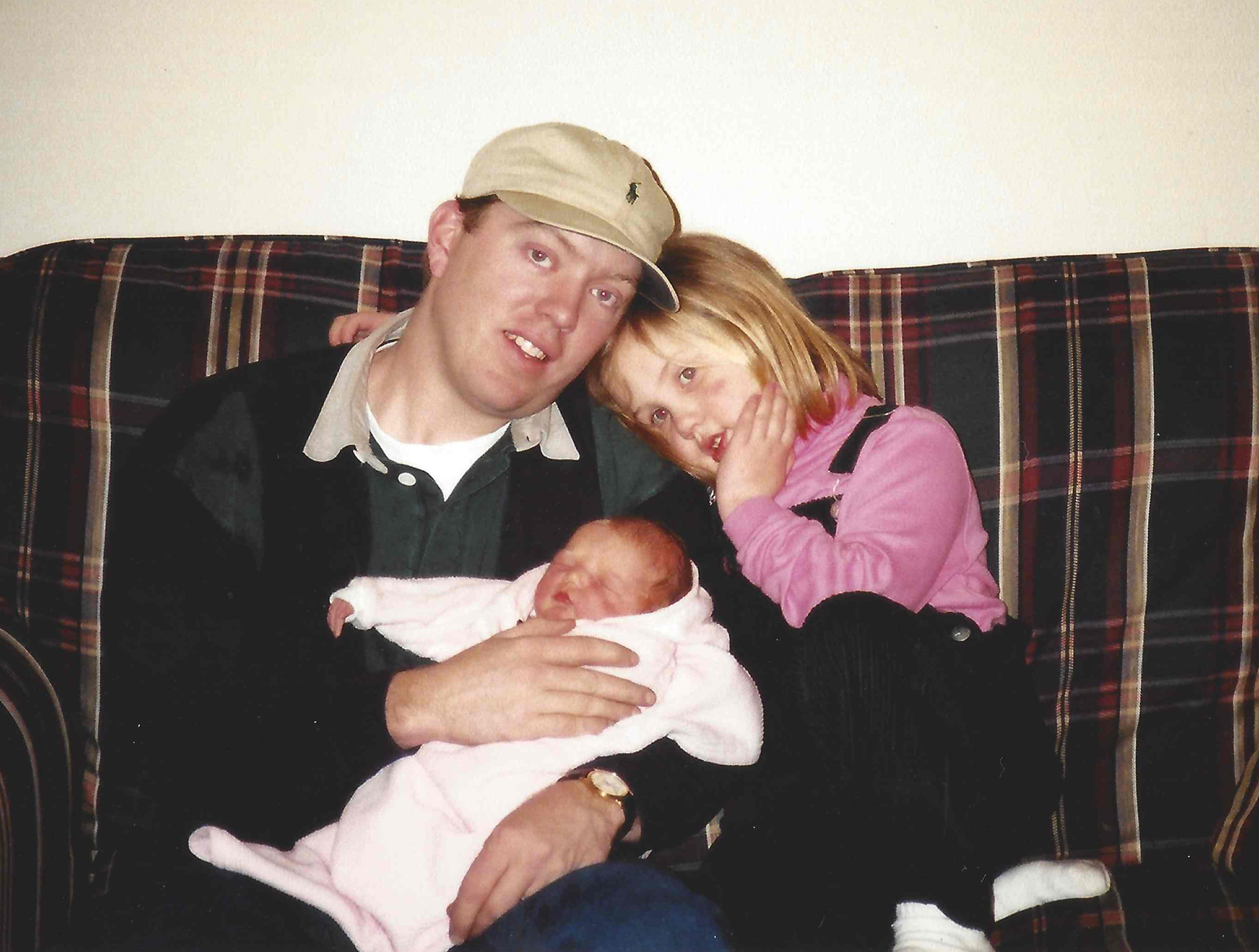 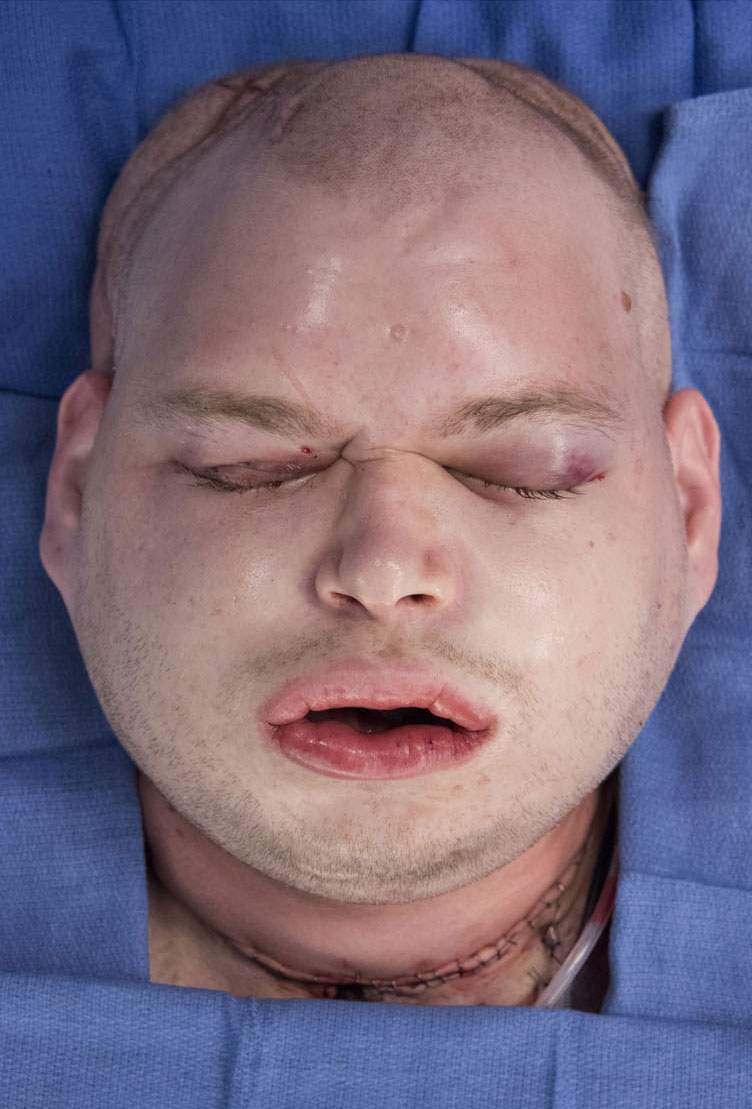 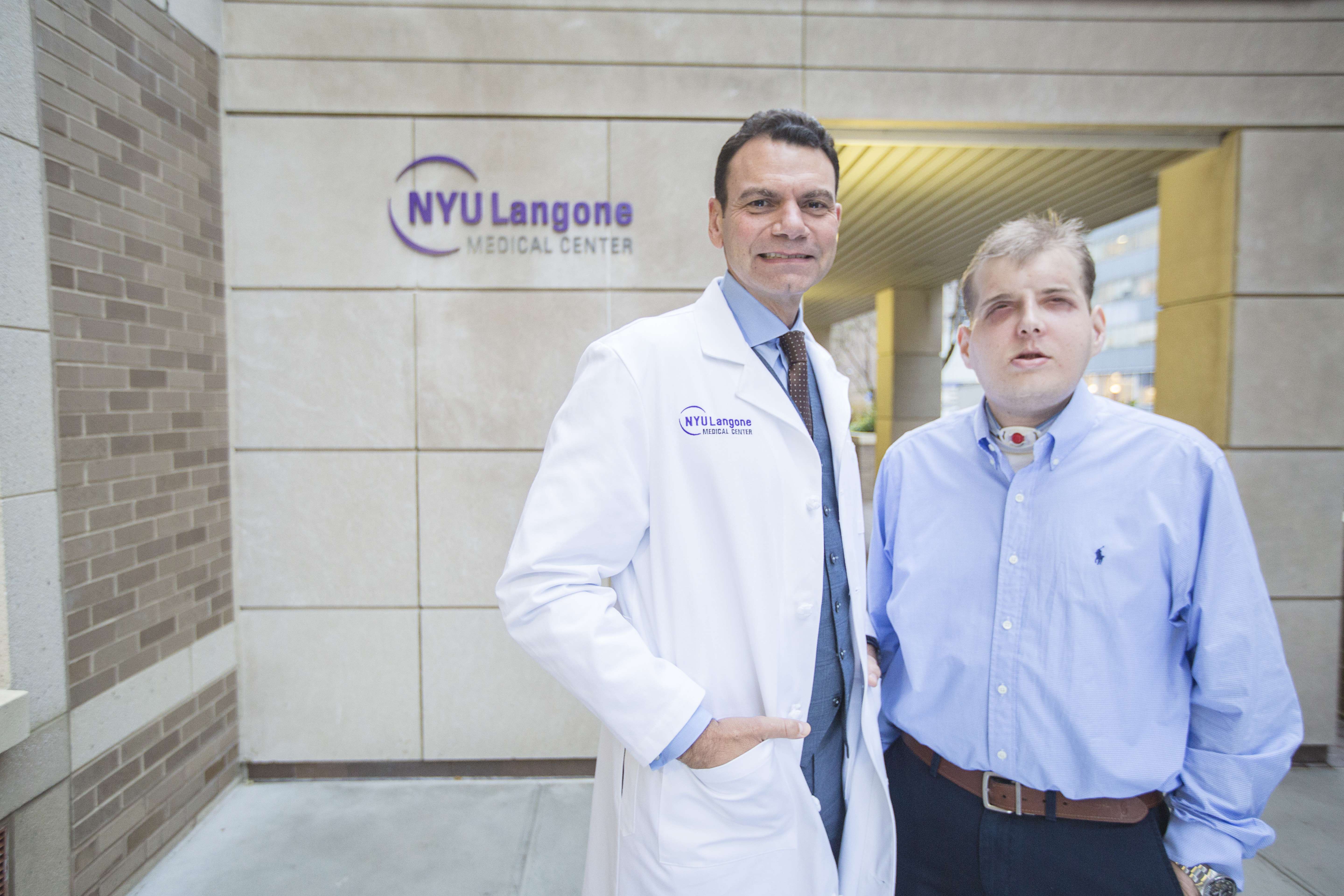 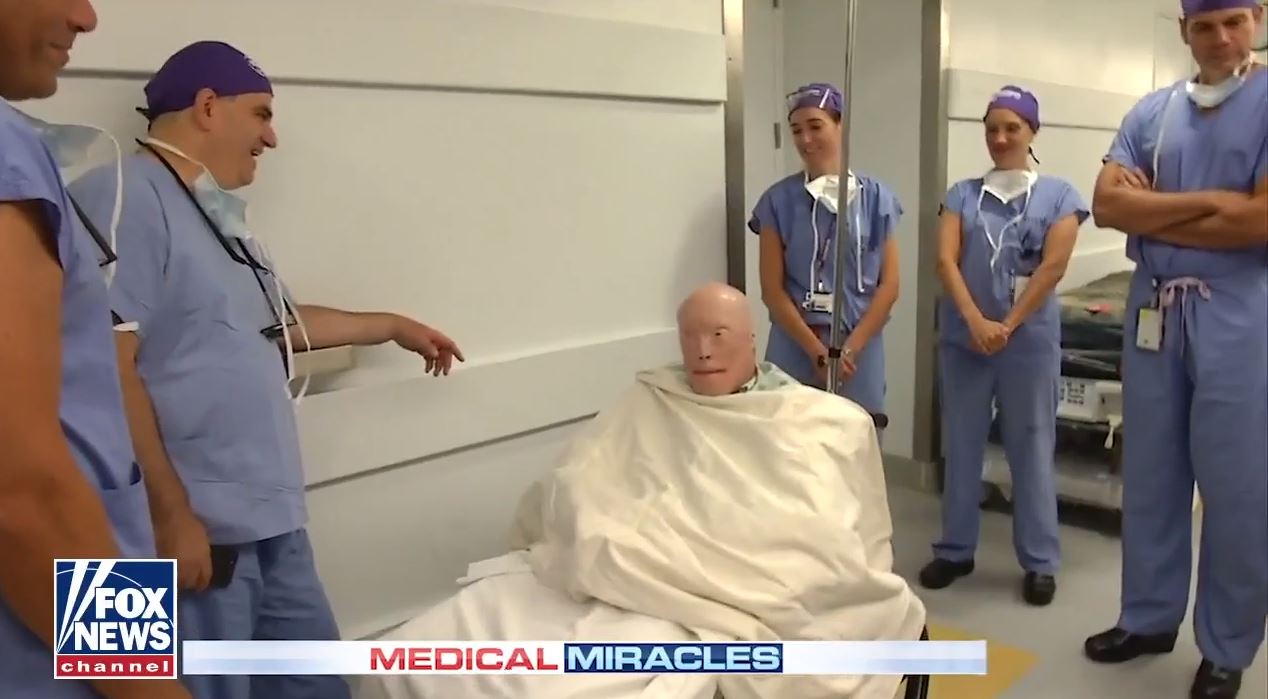 Dr Rodriguez was able to give Hardison a new face, eyelids, scalp, ears and ear canals, and selected portions of bone from the chin, cheeks and entire nose – enabling the dad to eat, see, hear and breathe normally.

The 47-year-old even regained the ability to blink naturally after living for 14 years with what doctors described as "pinhole vision".

Five years on from the most complex face transplant in history, Patrick is almost unrecognizable – and wants to use his experience to encourage others with debilitating injuries.

"I've bought my own place, working on getting a house built. I'm working on a book," he told Hannity. 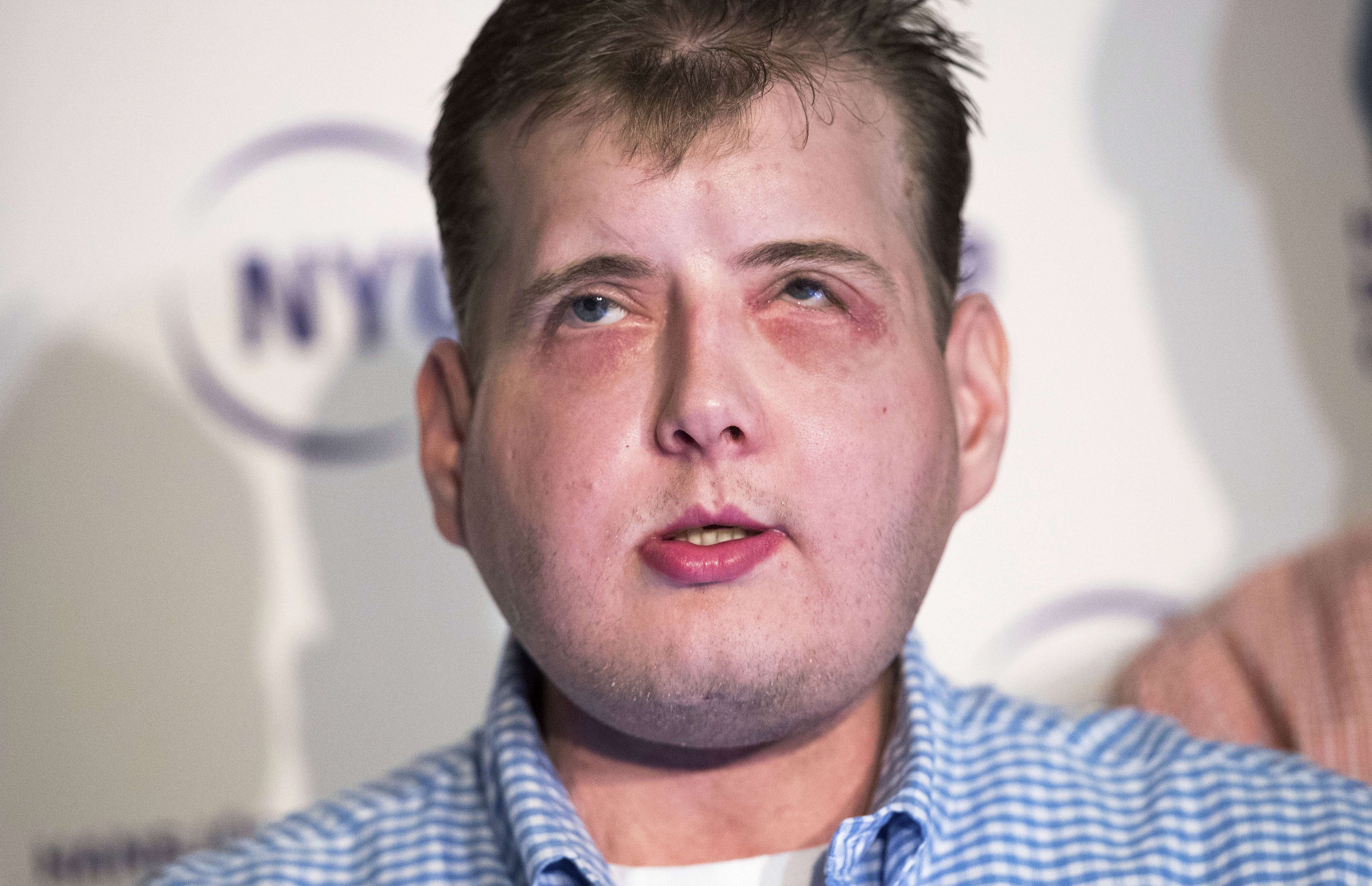 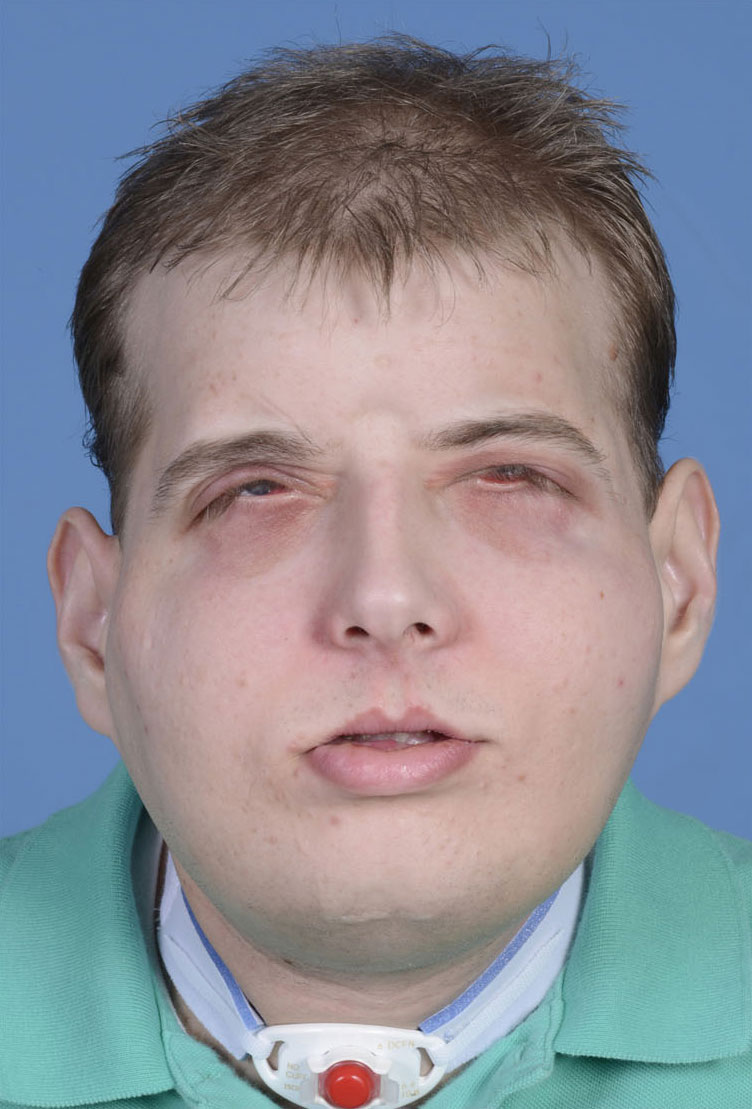 "Because I want to show the world that you can have hope. I wouldn't want people that were like me years ago to think that's it, I have to live like this. You don't. You can accomplish anything."

Patrick told the host he hopes his courage would help others, saying: "I want to help. 22 veterans a day commit suicide. 97% of the people that have facial injuries as significant as mine commit suicide and I understand that.

"But they also don't have hope. They're thinking, 'you know, I have to live like this — but you don't. There's hope for everyone out there has that type of injury."

While there have been numerous face transplant surgeries performed previously, Patrick's was the first to include a scalp and functioning eyelids.

His daughter, Alison, broke down after seeing him after his surgery because she was so relieved.

She said:  "I walked into the room and I was just speechless.

"He gave me a hug and our cheeks touched, and his cheeks were kind of warm, and that was something I hadn't felt in 14 years."

Patrick was able to start driving again after the successful op and even swam in a pool for the first time in 15 years on a family trip to Disney World.

firefighter, Had, the, Who, World
You may also like: