A pest firm has been forced to pay £70million after supplying the NHS with faulty masks and gowns at the height of the pandemic.

Pestfix employed just 16 people and had net assets of £18,000 when the virus struck, but it was awarded £350million of contracts to supply PPE.

The family-owned company won the lucrative deal after its chair met the Government procurement director at his father-in-law’s 80th birthday party.

The company’s deal was accelerated via the ‘VIP’ lane, which gave special treatment offered to firms with contacts in Government.

Now Pestfix has paid a £70million settlement to the Department of Health for defective PPE following mediation.

The payout, first reported in Private Eye, is the first major win for ministers battling to recoup cash lost in the pandemic, but it is still a tiny proportion of the £2.7billion of outstanding disputed deals. 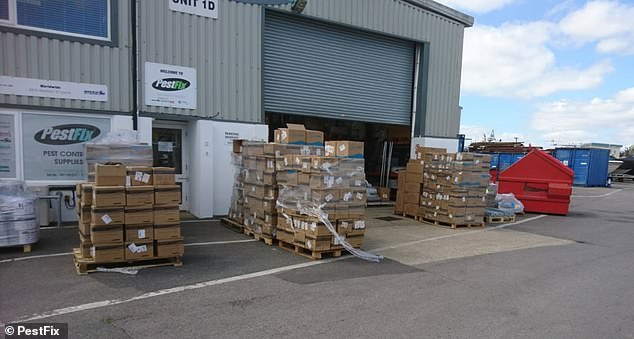 A Deloitte consultant, assisting the Government with Covid PPE procurement, forwarded the offer to civil servants, writing: ‘One for the VIP list please.’

In January, a judge found that a Pestfix batch of tight-fitting FFP3 masks failed quality tests and six million aprons were rejected for use by the NHS because they were the wrong size.

The company, which is officially called Crisp Websites Limited, did successfully deliver its batch of IIR masks, two million gloves and other products to the contracted standard. 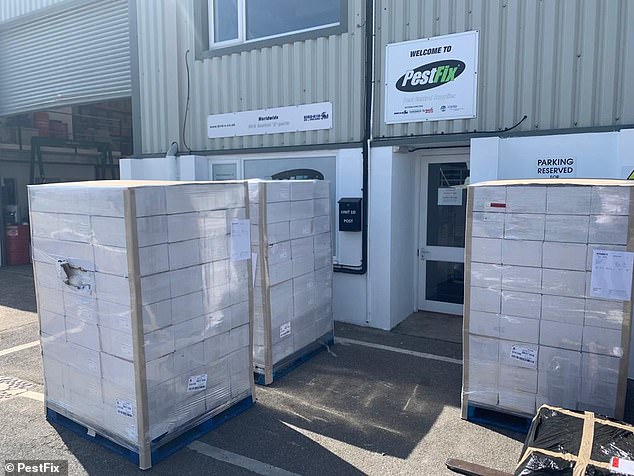 Pestfix (pictured) employed just 16 people and had net assets of £18,000 when the virus struck, but it was awarded £350million of contracts to supply PPE

The firm’s founder Dan England, dubbed the ‘bird repeller’, had been able to source the PPE using his veterinary surgeon wife’s contacts in China.

Although the firm was a supplier to the NHS, it had never provided medical grade PPE before.

He told officials that his ‘strong family connections on the ground in China’ meant that the company was ‘suddenly uniquely placed to help the UK deal with a potentially devastating shortage of vital PPE’.

The VIP lane has thrown up a series of controversies and was ruled ‘unlawful’ by the High Court.

Michelle Mone, nicknamed ‘Baroness Bra’, has faced intense scrutiny for her ties to PPE Medpro, which won £203million of contracts after she referred it to the VIP lane.

An insider said they delivered 11 of its 13 contracts, or 225 million items of PPE, ‘in extremely difficult circumstances’.