DRESSED in a Nike baseball cap and pink lipstick, Isis bride Shamima Begum looked every inch the western teen as she begged Brits for their forgiveness on Good Morning Britain today.

But a body language expert has claimed the 22-year-old showed no authentic signs of contrition and even appeared to excuse her actions as normal teenage behaviour. 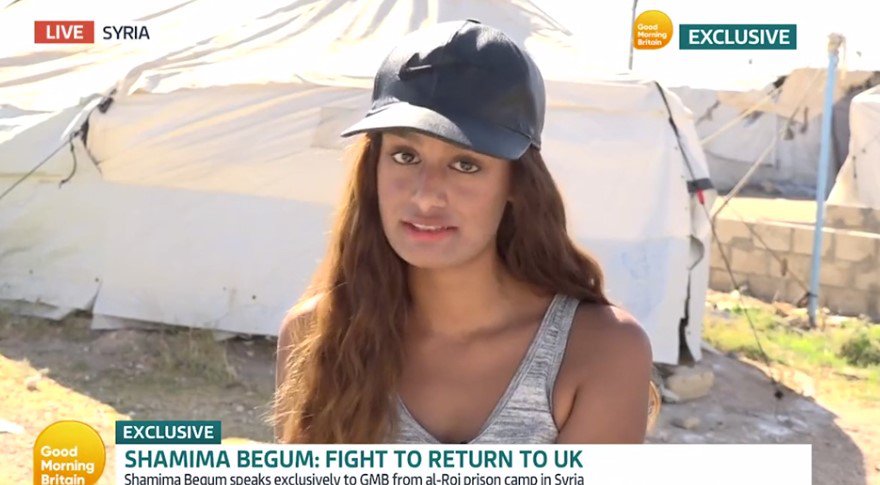 In her first ever live broadcast, from a refugee camp on the Syrian border, Shamima claimed she was "manipulated and groomed" by the jihadist group when she fled Britain aged 15, and insisted she thought Isis was an Islamic community, not a "death cult".

After joining Isis, Shamima married Dutch jihadi Yago Riedijk and had three children, all of whom died of disease or malnutrition. She denied ever being involved terrorist activity today, insisting she "did nothing in IS but be a mother and a wife".

In February 2019 the British government issued an order revoking Shamima's British citizenship, and stated that she would never be allowed to return.

Today she admitted she “made a mistake”, suggested a country should not banish someone for something they did when they were 15 and said she would “rather die” than rejoin the terrorist organisation.

However, speaking to The Sun, body language expert Judi James said her appearance came across as a “pitch”, with Shamima in “performance mode”.

Here we reveal five tell-tale signs that Shamima was putting on a show.

Shamima said she knows it’s “very hard” for the British people to forgive her because they have “lived in fear” of ISIS and lost loved ones as a result of terror attacks.

But she insisted she is “sorry from the bottom of her heart” if she offended anyone by the “things she said”.

Shamima previously said she "wasn't fazed" by the sight of a severed head and had a "good time" with Isis. She also shockingly justified the attack on Manchester Arena which left 22 innocent people dead and over a thousand injured.

Judi said her request for forgiveness was “not accompanied by any obvious signals of contrition or apology”.

“Her speech is speeded as though she is keen to get this over with and she seems to shrug her shoulders as though diminishing what she has done,” Judi explained. 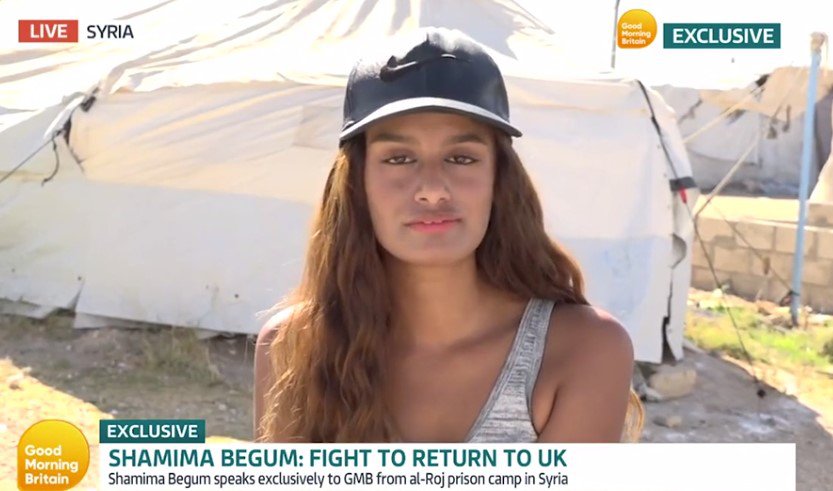 Excuses behaviour as a teenage mistake

When speaking about her time with Isis, Judi said Shamima appeared to excuse her actions by blaming them on her age.

“She diminishes verbally, comparing her behaviours to ‘most young people’, generalising as though she believes her behaviour was normal for a teen," she explained.

Judi suggested Shamima is keen to emphasise her new western look, with regular hair touches throughout the interview.

"Her hair preen gesture is either one of confidence or self-comfort," she observed.

"Overall she seems very composed and rather confident in this short clip, though. Her grooming is similar to her last appearance a while ago, including the hair and baseball cap and make-up.

"The hair-touching suggests she is keen to emphasise these details."

"Her head tilts and she performs some small head batons as though we should be aware that ‘I also have lost loved ones’," she explained.

"Shamima sounds keen to put herself into the role of victim here and explains what she sees as bonds of ‘sympathy’ that she seems to feel comes from shared experiences."

Eye darts to the right

When speaking about not wanting to hurt anyone, Judi noted that Shamima's eyes moved to the right several times.

"Eye movement has often been linked to lying or truth, but it is not an accurate method of evaluation," she said.

Judi added that it isn't possible to provide "a definitive conclusion about Shamima’s honesty or lack of it", pointing out there are "cultural differences to consider".

"She has clearly lived through extreme experiences so it would be tricky to evaluate her for signs that might be considered ‘normal’," Judi advised. 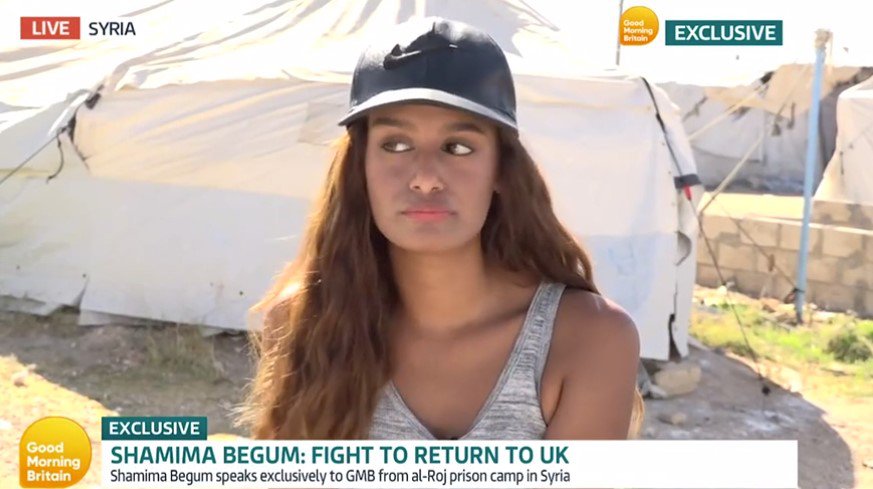 When Shamima first moved to Syria, she dressed modestly and wore a hijab.

She has recently changed her look, however, choosing instead to show her long hair and shoulders.

Richard Madeley went on to ask whether her change in look was a "PR exercise". Shamima replied: “It’s for no-one but myself. I have not been wearing a hijab for more than a year now.

"I felt very constricted in the hijab I felt like I was not myself. I’m not doing it for anyone but myself.”

She added: "I am completely sorry for anyone that has been affected by Isis I no way agree or try to justify what they did.

"It’s not justifiable to kill innocent people in the name of religion. I just want to apologise. I am sorry."

In a direct plea to the Prime Minister, Shamima went on to say Boris Johnson was “clearly struggling” in the UK's fight against terror.

Suggesting she could help stop UK jihadis from being groomed online, she said: “I want to help with that and telling you my own experience on how they [ISIS] persuade people to do what they do.

“I think I could very much help you in your fight against terrorism because you clearly don’t know what you’re doing.”

She added: “I will explain to the government how these people work and how they persuade people and how they take advantage.”

And she said she hopes the government can view her as an "asset" rather than "a threat".

In July 2020, the Court of Appeal ruled that Begum should be permitted to return to the UK in order to fairly contest this decision by instructing lawyers properly.

This ruling was appealed to the Supreme Court of the United Kingdom which in February ruled unanimously against her, thus reversing the decision of the Court of Appeal.

Health Secretary Sajid Javid, who as home secretary took the decision to revoke Shamima Begum's citizenship, said "it was absolutely the right decision to protect the British people".

Moments after Shamima spoke today, he told Good Morning Britain: "The decision is both morally right, absolutely right, but also legally correct and the right one to protect the British people." 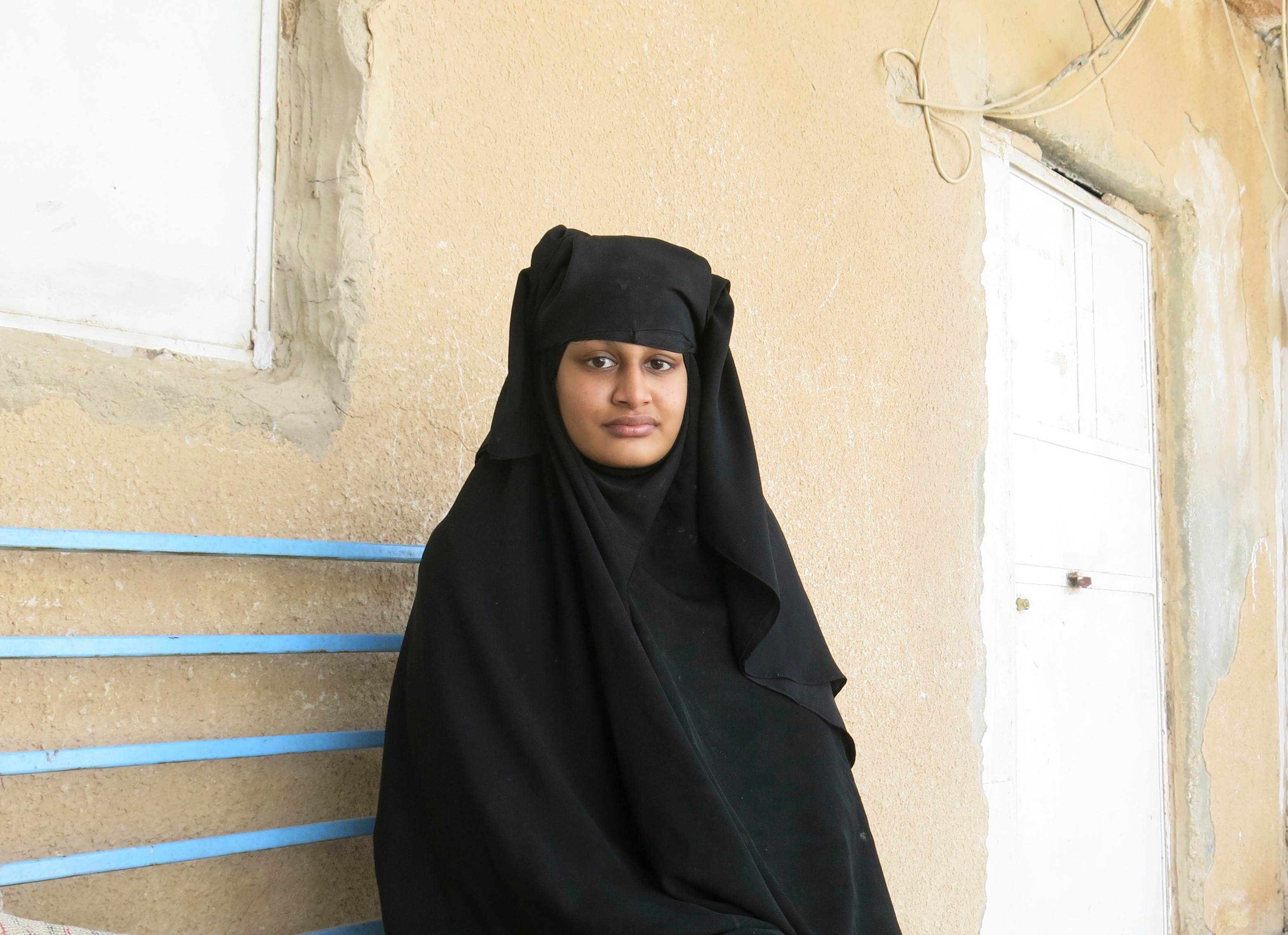 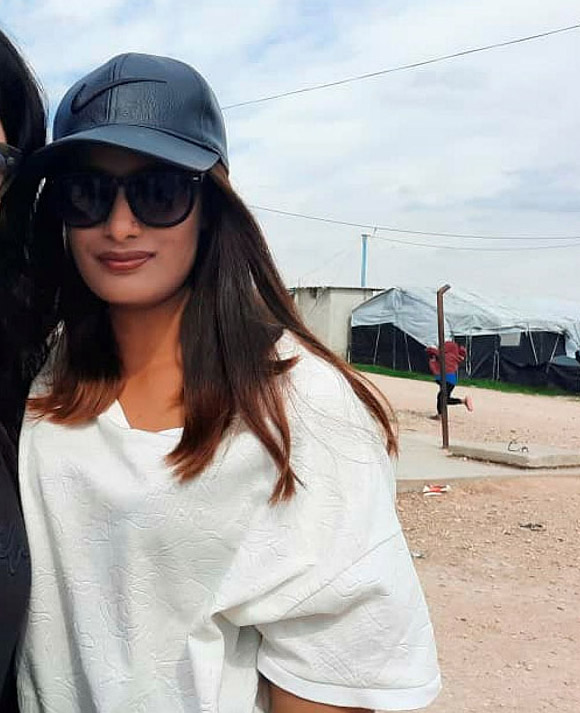 Brid, five, isis, signs, Tell-tale
You may also like: