One of the nation’s biggest e-waste recyclers has dumped a huge illegal stockpile of batteries in a residential suburb in Sydney’s west less than a year after the company’s over-stocked Melbourne facility went up in flames.

MRI e-cycle solutions has been under investigation by the NSW Environment Protection Authority, SafeWork and the Liverpool City Council following the discovery of nearly 200 tonnes of toxic used batteries stored in an allegedly unsafe manner in the unlicensed depot in Warwick Farm. The Melbourne facility burned to the ground with less than half the quantity of batteries. 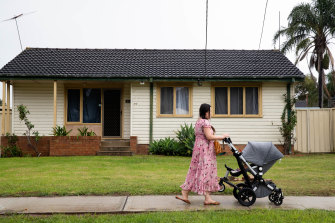 A house near the MRI warehouse where it is believed an illegal quantity of batteries are being stored.Credit:Janie Barrett

MRI’s Melbourne-based processing facility was destroyed in a massive industrial blaze in August last year and the company’s licence to operate in Victoria suspended following repeated breaches of environmental regulations and volume caps dating back to mid 2019.

It took 75 firefighters more than a day to extinguish the Melbourne fire – which was in an industrial area – with exploding batteries showering debris dozens of metres away and spreading toxic smoke across the city’s northern suburbs. The Victorian EPA estimates the facility held more than 80 tonnes of e-waste and batteries at the time of the fire – less than half the volume in Warwick Farm.

In December 2020, an inspection by NSW EPA and Liverpool City Council found MRI was “carrying out the storage and processing of electronic waste on the premises without lawful authority” at the Warwick Farm warehouse.

Under the law, an unlicensed operator can only store five tonnes of hazardous waste products such as nickel cadmium and lead-acid batteries. Household batteries are not considered hazardous providing they are not mixed with other types of batteries. 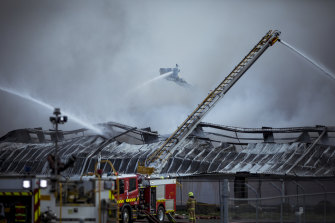 But inspectors found MRI had stockpiled 200 tonnes of nickel cadmium, lead acid and household batteries using “unsafe” storage practices — including mixing different types of batteries together — that increased the risk of a fire or leak.

“Batteries were stored in metal drums, some of which had inadequate plastic liners. Batteries could start conducting electricity if they come into contact with metal, draining the batteries and creating heat,” according to an EPA “prevention notice” from February 2021 obtained by The Age and The Sydney Morning Herald.

Adding to the risk, inspectors found a “significant amount of combustible materials” stored in the warehouse near the batteries. 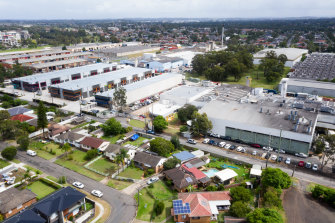 The industrial site near a residential street that is occupied by MRI’s facility.Credit:Janie Barrett

A spokesman for MRI, which is also known as MRI (Aust) Pty Ltd, responded that the batteries were being stored safely and appropriately. However, the company did not comment on why it had been operating without a licence in NSW.

Following the February inspection, MRI was ordered to undertake a series of safety measures but it remains unclear what steps have been taken to date.

The company claims that “to the best of our knowledge” it submitted a battery reduction plan to the EPA. However, it said it had been locked out of the Warwick Farm property by its landlord in February, about a week after the inspection, and had been unable to implement its plan. 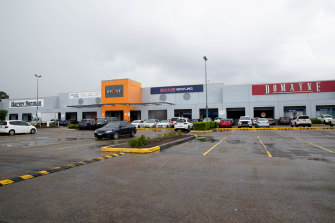 The home-maker centre near the MRI warehouse.Credit:Janie Barrett

“When the landlord took possession and refused access to the site, obviously the capacity to implement the reduction plan, which was to be funded as part of ongoing operations, was effectively thwarted by their own actions,” the MRI spokesman said.

However, the EPA claims MRI still has access to the site in order to remove the batteries and the company had taken steps to improve storage conditions to minimise risk. MRI has been ordered to remove the nickel cadmium and mixed household batteries by mid-May.

“The EPA is monitoring compliance with these requirements. The EPA takes non-compliances with notice requirements very seriously and is considering an appropriate regulatory response,” an EPA spokeswoman said.

But there also appears to be some dispute over which regulatory agency is responsible for improving conditions at the site. The EPA’s notice said it “understands” SafeWork was “addressing some of the EPA’s concerns regarding battery storage practices at the premises”. 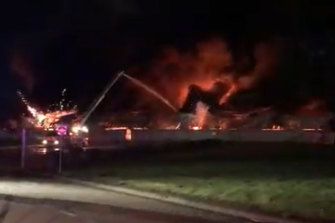 In response, a SafeWork spokesman said the agency had issued seven “improvement notices” in December related to workplace conditions and that all notices had been complied with. However, the agency said it was not responsible for protocols around battery storage and directed questions back to the EPA.

MRI, through a related entity known as MRI PSO Pty Ltd, is one of only four operators in Australia approved to participate in the Commonwealth government’s National Television and Computer Recycling Scheme program.

But the company has been under investigation for violating the program’s regulations by the Department of Agriculture, Water and the Environment. “The department is considering the findings of this review as part of an ongoing compliance activity,” a spokesman said.