A pickup truck driver slammed into spectators at a Florida Pride parade on Saturday evening – narrowly missing U.S. Rep. Deborah Wasserman Schultz and leaving at least one person dead, according to reports.

At least one other person was seriously injured, reports said.

Fort Lauderdale Mayor Dean Trantalis quickly denounced the crash at the Wilton Manors Stonewall Pride Parade a “terrorist” attack on the LGBTQ community but police have said they haven’t determined if the crash was intentional, the Sun-Sentinel of South Florida reported.

Trantalis said the truck missed the congresswoman “by inches” before it crashed into a plant nursery, WPLG-TV in Fort Lauderdale reported.

Investigators were speaking with the driver, who was in custody but authorities wouldn’t say if he had been arrested, Fort Lauderdale Police Det. Ali Adamson told reporters.

Witnesses said the driver told police the crash was an accident, according to WPLG-TV in Fort Lauderdale. He was reportedly wearing a gay men’s choir T-shirt. 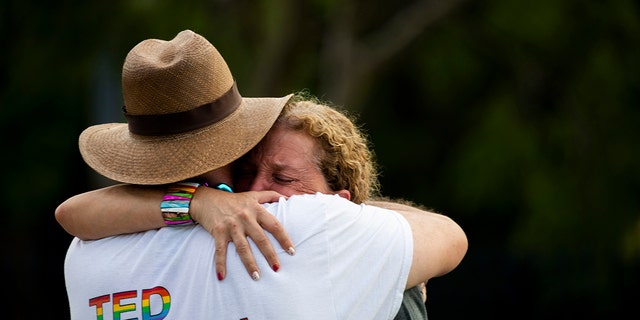 Rep. Debbie Wasserman Schultz, D-Fla., is comforted after a truck drove into a crowd of people during The Stonewall Pride Parade and Street Festival in Wilton Manors, Fla., Saturday, June 19, 2021. A driver has slammed into spectators at the start of a Pride parade in South Florida, injuring at least two people. Wilton Manors police tweeted Saturday night that the parade was canceled due to a "tragic event." (Chris Day/South Florida Sun-Sentinel via AP)

The Fort Lauderdale Gay Men’s Chorus later issued a statement: “Our fellow Chorus members were those injured and the driver was also a part of the Chorus family. To my knowledge,  this was not an attack on the LGBTQ community.” 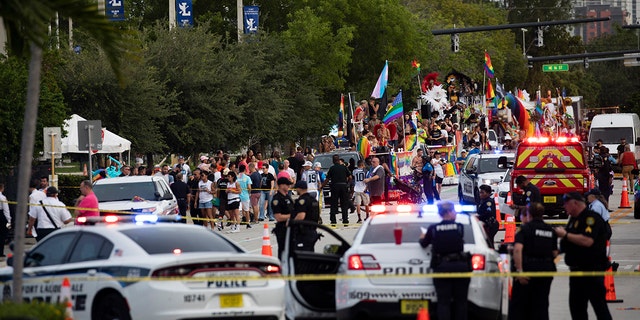 Police and firefighters respond after a truck drove into a crowd of people injuring them during The Stonewall Pride Parade and Street Festival in Wilton Manors, Fla., on Saturday, June 19, 2021. (Associated Press)

Authorities said one of the victims later died. The other victim was hospitalized.

The driver had been traveling along the parade route then suddenly accelerated into the crowd, Trantalis told WSVN-TV of Fort Lauderdale that

Wasserman Schultz, a Florida Democrat who has been serving in Congress since 2005, later issued a series of statements on Twitter.

“I am deeply shaken and devastated that a life was lost and others seriously injured at tonight’s @WiltonManorsCty Stonewall #Pride Parade,” the congresswoman wrote in one message. “My staff, volunteers and I are thankfully safe.” 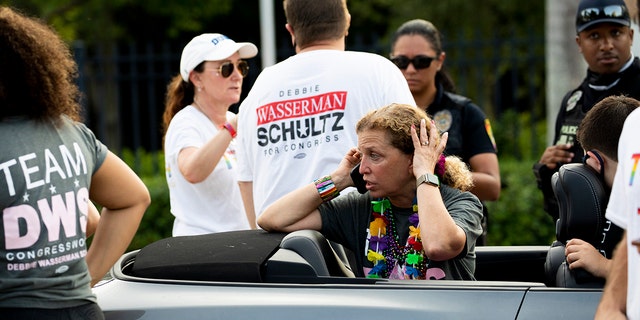 The truck narrowly missed Wasserman Schultz, according to WPLG. She was seen by witnesses in tears after the crash.

Wilton Manors Mayor Scott Newton said in a statement posted to Twitter, “A tragic incident occurred at today’s Stonewall event. Out of respect for everyone involved, the parade has been canceled and a thorough investigation is being conducted.”