Florida woman attacked by 7-foot alligator while walking her dog

Florida woman attacked by an alligator while walking her dog

A seven-foot alligator sent a Florida woman to the hospital Tuesday after biting her in the leg, according to a local report.

The 43-year-old woman was out walking her dog near a lake in Palm Harbor when an alligator attacked her, WTVT, the Fox-owned TV station in Tampa reported. 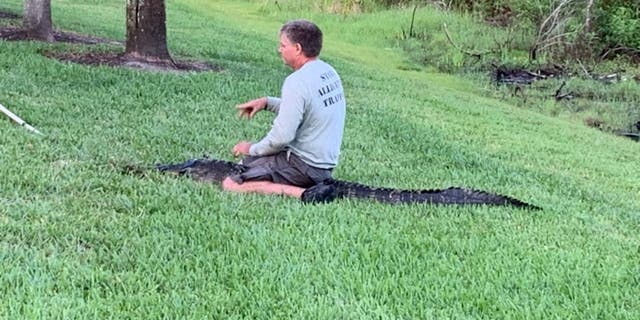 Pinellas County EMS took the woman to the hospital to be treated for “serious injuries” to her lower-right leg, according to the station.

The Florida Fish and Wildlife Conservation Commission (FWC) called a nuisance alligator trapper to the scene and officials were able to trap the alligator. 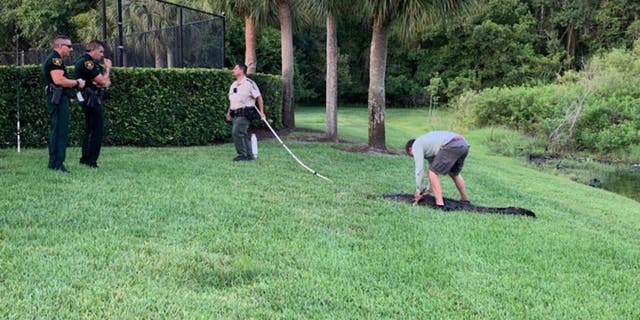 Video shot by WTVT shows officials pinning down the gator and binding its jaws together with tape before loading it into the back of a truck.

FWC says alligator attacks on people are rare in Florida. But the agency told the local Fox station that simply relocating them is not always feasible because they often return to their capture site, creating problems for people or alligators along the way.

The agency told WTSP, the CBS affiliated TV station in St. Petersburg that if an alligator returns to its capture site, capturing it again would be necessary and usually more difficult the second time around.

So called, “nuisance gators” usually become the property of the trapper that caught it, or they are processed for their hides and meat, FWC said. Other times they are sold to zoos or animal facilities.

Fox News has reached out to FWC for further comment.

7-fo, attacked, by, florida, woman
You may also like: