Follow
Home » World News » For the 243rd time, all praise the Messiah

A rousing rendition of the Hallelujah chorus is an enduring tradition at Melbourne’s annual Carols by Candlelight.

But it is the Royal Melbourne Philharmonic choir and orchestra that holds the world record for ongoing performances of Handel’s Messiah, the three-hour epic famous for the chorus – it has been performing the Baroque classic since Christmas Eve in 1853. 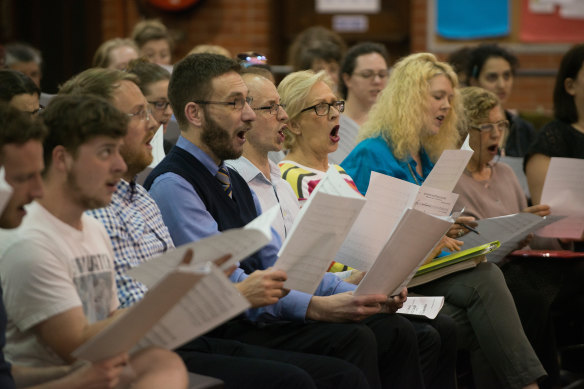 The Royal Melbourne Philharmonic choir, pictured in 2014, has been singing the Hallelujah chorus since 1853.Credit:Jesse Marlow

This Sunday the choir will perform it for the 243rd time at Melbourne Town Hall.

The Philharmonic is Melbourne’s oldest choir and could have easily become a clique of ageing singers and musicians, but dozens of new members are in their 20s and 30s, many of whom have joined to continue the world record. 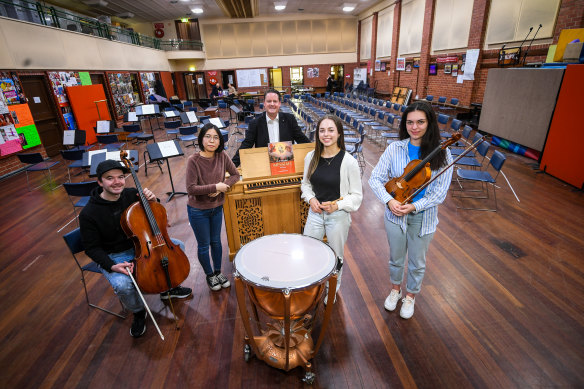 “When you sing a work that has this depth of history to it, you place yourself within a larger human tradition,” says Eleanor Ratcliffe, one of the choir’s recruits in her mid-30s who joined seeking new experiences after lockdowns.

“You’re not the first person to sing this, and you won’t be the last.”

The choir claimed the world record for continual Messiah performances after finding few secular choirs of a similar age surviving in the early 2000s.

“It’s probably the one thing that has kept this group going for 170-odd years,” Wailes says.

But the majority of musicians who successfully audition are looking to tackle challenging works. The pandemic led to the retirement of some older members, Wailes says, requiring the renewal of half of the 120-person group. About two-thirds of newcomers are under 40.

“Twenty-five years ago, I said, ‘If this choir doesn’t rejuvenate and embrace younger people, it will die’,” Wailes says. “We just tried to make ourselves look a bit more modern.”

Performing several works in different languages at citizenship ceremonies and during a recent tour with Andrea Bocelli, as well as welcoming international students, has helped the choir attract new members and become more diverse.

Chizuru Maruyama, 23, moved to Australia from Japan in February to study and joined the choir because she loved music but was unable to bring her instrument here.

“It’s the first instrument for human beings,” she says of singing.

Ben Smyth, 22, who was a member of St Paul’s Cathedral Choir as a teenager, wanted to join a bigger choir with more turnover of music.

“You’re all participating in this one activity at the same time, it feels like you’re part of something larger,” he says. “It’s definitely social.”

The Royal Melbourne Philharmonic will perform Messiah at the Melbourne Town Hall from 5pm to 8pm on Sunday, December 4.

List of schools closed across England and Wales today