Former West Coast Eagles premiership player Michael Braun, who was charged with three counts of breaching a family violence restraining order, has had his charges dropped by police.

The 44-year-old faced Perth Magistrates Court on Tuesday, after being charged with breaching a family violence restraining order on three occasions in March in Trigg. 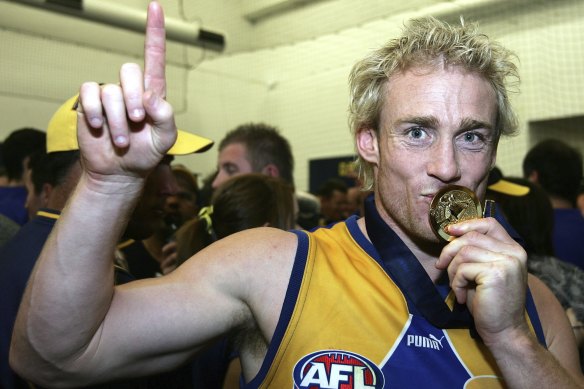 Ex-Eagles midfielder Michael Braun has had his charges discontinued.Credit:Getty Images

The charges were laid against him in May, just months after confirming his split from wife, Bree Johnson. He pleaded not guilty earlier this year.

The split was reported as amicable, with the couple selling their Trigg family home for $4.3 million in November 2021.

The pair share a son and daughter and own picture framing business Kensington Reflections.

Braun, who played alongside the midfield heavyweight trio of Chris Judd, Ben Cousins and Daniel Kerr, notched up 228 games for the Eagles between 1997 and 2008, and was part of the 2006 premiership side.

He went on to coach the East Perth Football Club colts for three years and has been part of ABC Perth’s Grandstand football commentary team since 2016.