A former partner of multimillionaire businessman Sean Buckley has pleaded guilty to contempt after admitting to circulating an audio recording of him allegedly assaulting her.

Mr Buckley was granted an order by the Supreme Court in February that banned any dissemination of the explosive recording, which also captured the Ultra Tune executive chairman threatening to kill former business associate Jimmy Seoud. 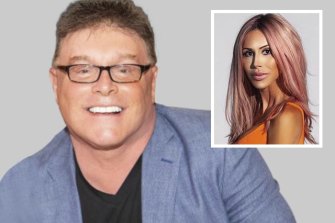 Mr Buckley’s former partner, model Jennifer Cole, pleaded guilty to one count of contempt in the Supreme Court of Victoria on Tuesday. Her barrister, David Hancock, told the court his client breached the court order by sending the recording to two of Mr Buckley’s colleagues.

“The dissemination of the recordings was to persons who were already in possession of it, and there was no loss or damage as a result of the delivery of the messages,” Mr Hancock said.

He said Ms Cole, who separated from Mr Buckley last year, was sorry for her actions, and had offered to pay Mr Buckley’s indemnity costs for the contempt hearing.

However, Mr Buckley’s barrister, Renee Sion, said the circulation of the recording was a deliberate attempt by Ms Cole to damage her client’s reputation.

Justice Andrew Keogh questioned the reputational damage caused to Mr Buckley by the leaks, noting excerpts of the recordings were published by The Age in February, and remain online.

The Age revealed the contents of the graphic 20-minute tape, which was covertly recorded by Ms Cole in a suite at Melbourne’s Crown Towers.

Mr Buckley and Ms Cole had been involved with each other since 2017, and the recording was made shortly before their relationship ended.

The sound of Mr Buckley allegedly hitting and choking Ms Cole was heard on the recording, in which he accused her of interfering in a dispute he said could expose his involvement in potential criminal activity.

During the recording, Mr Buckley verbally abused, insulted and threatened Ms Cole over his concerns she was in a feud with associates, who Mr Buckley believed could be used as witnesses in any future legal cases.

“What I care about is not going to prison for the next 10 years … Don’t f—ing nag me. I’m gonna hit you, I’m going to really hurt you,” Mr Buckley shouted at Ms Cole during the recording.

Mr Seoud – widely known as Jimmy Vegas – was a director and licensee of Surfers Paradise strip club Toybox Gentlemen’s Club owned by Mr Buckley, until the pair fell out in 2019, ending their friendship of more than a decade.

“I’m now quite distressed about what’s going to be revealed. Jen, I could go to prison. Proceeds of crime – I’ll lose everything,” Mr Buckley can be heard saying in the recording.

“This is so f—ing critical. I’ll probably have to hire someone to kill him … OK, I’ve already made those programs to do it, just in case … I’m not going to go spend the rest of my life in prison, I’d rather f—ing shoot him and kill him.”

There is no evidence that Mr Buckley implemented the plan.

When Mr Buckley discovered he was being recorded, he took Ms Cole’s phone. Ms Cole could be heard pleading for Mr Buckley to stop assaulting her before the recording ended.

At the time, Mr Buckley’s lawyer said the recording was tampered with, saying his client’s comments were taken out of context.

conte, former, guilty, of, partner
You may also like: