The sacked minister said bringing in such a ban would ‘cut off pathways to justice’.

Next week’s Queen’s Speech is expected to include proposals to block trials linked to the Troubles in favour of a ‘truth and reconciliation’ method like that used in post-apartheid South Africa.

Ministers hope it will reconcile divided communities in the province and end the threat of court hanging over elderly veterans. 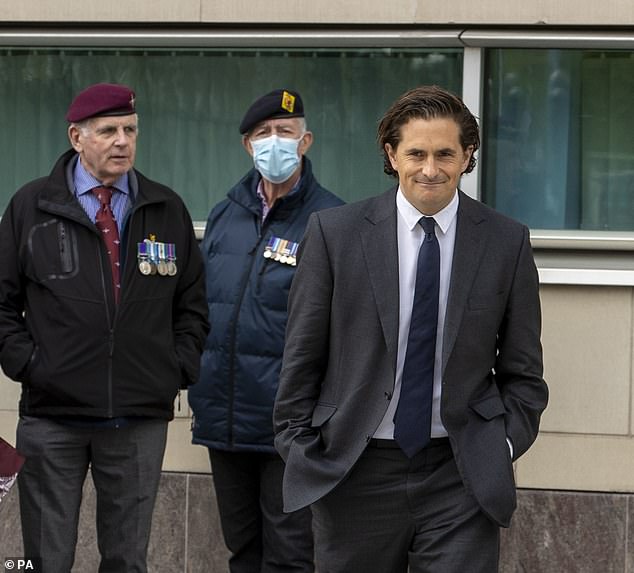 Johnny Mercer, pictured with veterans in Belfast this week, said he ‘doesn’t believe in cutting off justice’

But speaking to the Mail last night, Mr Mercer said: ‘It doesn’t sound like a particularly good proposal to me and I am against any amnesty. I don’t believe in cutting off paths to justice where new evidence exists.’

The remarks are likely to upset former troops demanding an immediate end to criminal proceedings and probes.

Mr Mercer is expected to address thousands of veterans at a protest march in London today – but many are said to be sceptical over his commitment to their cause.

As many as 20,000 ex-soldiers are due at the rally which starts in Trafalgar Square and goes past the Cenotaph into Parliament Square.

Last night Northern Ireland veteran Roy Brinkley said: ‘I’d say the majority of us are wary because for years Mr Mercer distanced himself from our campaign and our activities. Now he wants to be seen as the champion of the veterans.

‘I’ve been protesting about these cases since 2016 and I’ve learned not to trust any politicians. He was in government for two years and did nothing to stop these trials.

‘There is a benefit to the publicity he brings but this isn’t the Johnny Mercer show. We are gaining in popularity in spite of him, not because of him.’

Mr Mercer, a three-tour veteran of Afghanistan, was sacked as veterans minister last month after criticising the Government’s failure to prevent two elderly paratroopers standing trial over the shooting of an IRA commander 50 years ago. 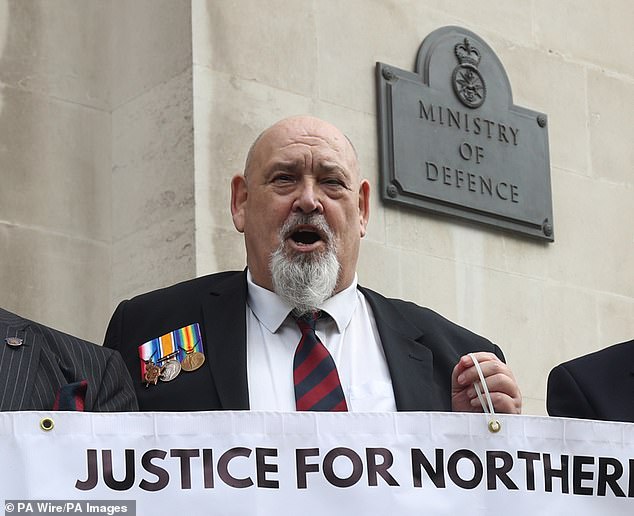 The trial in Belfast collapsed on Tuesday after the judge ruled key evidence was inadmissible. The dead terrorist Joe McCann was suspected of killing 15 British soldiers.

Mr Mercer also returned fire at veterans questioning his intentions, saying: ‘I left my job because of my determination to fight this cause and I will be addressing the crowd in London. I want to bring these veterans and their groups together and get results. It is a bit disappointing that some people take this attitude towards me.’

Government proposals for a statutory bar on prosecutions pre-dating the 1998 Good Friday Agreement are expected to be included in Tuesday’s Queen’s Speech. It will cover both former IRA terrorists and armed forces veterans. Previous convictions will stand and no pardons will be issued.

The precise details of the Northern Ireland Legacy Bill are still being finalised. Mr Mercer added that the past two Queen’s Speeches also contained commitments to protect Northern Ireland veterans but no legislation was forthcoming.

It comes as up to a dozen Army veterans, all in their 70s and 80s, face a fresh murder probe into the deaths of ten civilians in Ballymurphy, west Belfast, over three days in August 1971.