Former Western Bulldogs player Brennan Stack will spend three years and six months in prison for a vicious attack on two women in a Perth carpark.

The former AFL forward, 33, was caught on CCTV and on video taken by witnesses, beating the two 24-year-old mothers after leaving a Northbridge nightclub, with help from his 25-year-old brother Shai Martin. 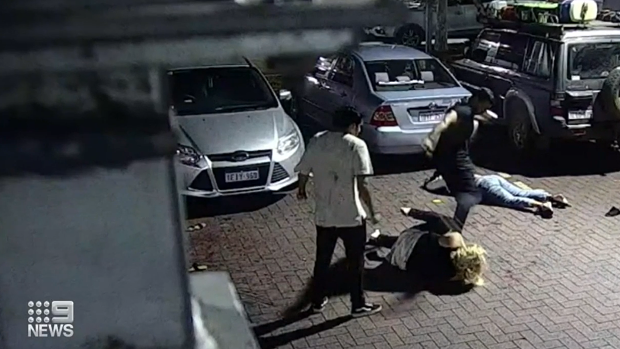 The attack on two women in Northbridge by Brennan Stack and Shai Martin was captured by shocked onlookers and CCTV. Credit:Nine News Perth

The assault lasted for 90 seconds with the two cousins, Kia Krakouer and Tiara Cox, punched, glassed, dragged and kicked — at times while motionless on the ground. One of the women was stomped on the head and knocked unconscious by Martin.

Judge Charlotte Wallace said it was a good job police arrived as quickly as they did, and stopped the attack. Otherwise it could have proved fatal.

“The victims are fortunate, as are you, their injuries are not more serious,” she said. 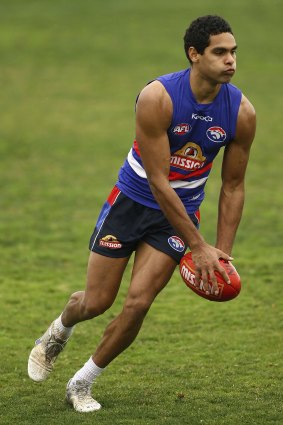 At a prior court hearing, Stack claimed he only became involved in the attack after seeing his partner in an altercation with what he initially thought were men, due to his poor eyesight.

The attack finally ended when a police officer managed to apprehend Stack as he was dragging one woman across the ground, and both he and Martin have remained in custody since, despite making applications for bail.

Stack appeared in the Perth District Court on Tuesday to be sentenced for two counts of intentionally causing bodily harm.

He pleaded guilty on June 2.

Stack had remained a mentor in the AFL community after stepping down from playing football professionally and took up the head coaching role at the Perth-based Nollamara Football Club in 2022.

WA Police Assistant Commissioner Allan Adams said while the level of violence captured on video against Cox and Krakouer was not new to police, it was becoming more regular.

“One of the things we do have concerns about is instead of your mates dragging you out of a fight and going home, more people are becoming part of the incident and exhibiting those aggressive behaviours towards police,” he said.