Max Verstappen is still 19 points behind Charles Leclerc in the Formula 1 driver’s standings but now has better than even odds to win back-to-back titles.

Verstappen got his third win in the season’s first five races on Sunday at the Miami Grand Prix ahead of Leclerc. Verstappen started second to Leclerc and made what turned out to be the race-winning pass on lap nine.

The victory pushed Verstappen’s world championship odds to -115 at BetMGM ahead of Leclerc at +110. The two drivers are far ahead of everyone else in the points standings and on oddsmakers’ board because they’re the only ones with victories this season. Leclerc has won the two races Verstappen hasn’t and owns the points lead because Verstappen failed to finish each in both of Leclerc’s two wins. 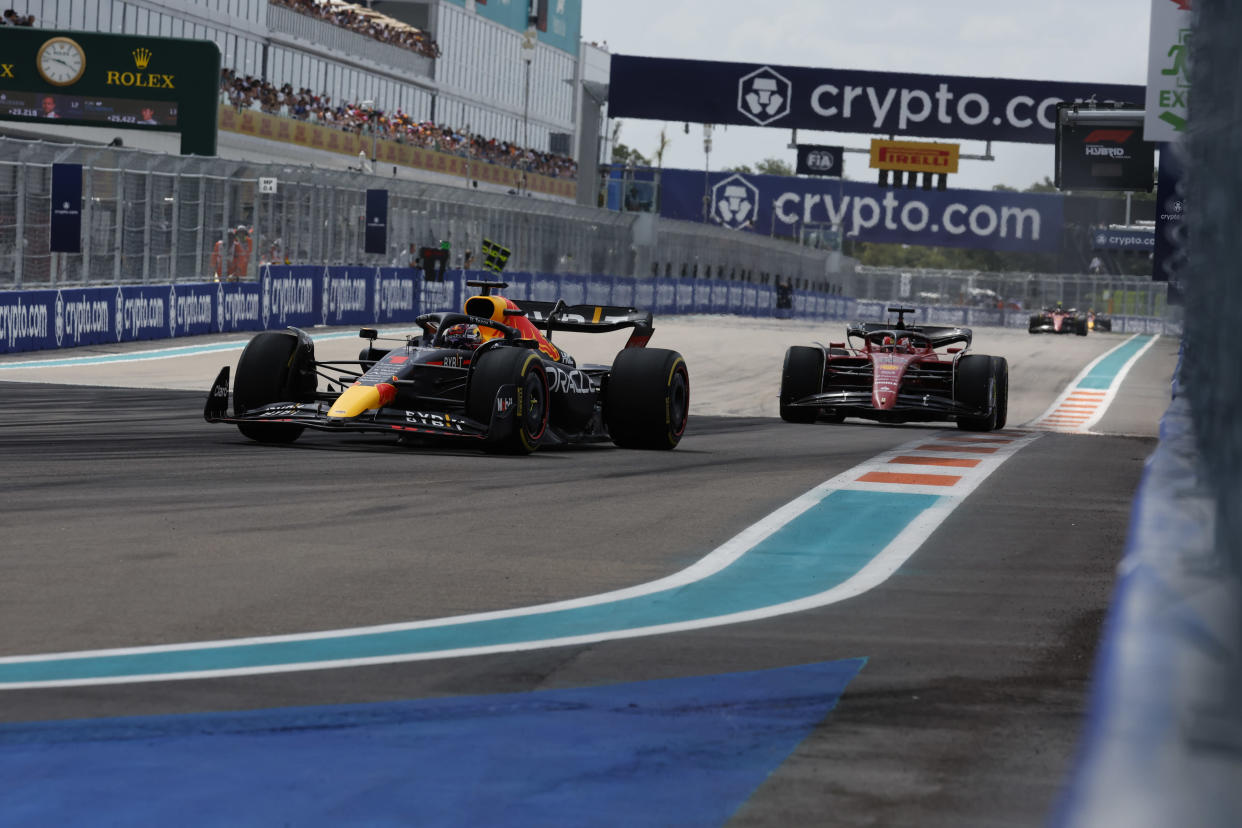 Lewis Hamilton has the third-best odds to win the title and his odds got slightly better after a sixth-place finish in Miami. Hamilton is +2800 to win his eighth world title as Mercedes continues to figure out its car issues. Mercedes has run a clear third to Red Bull and Ferrari so far this season and while it’s made gains on those two teams it’s still not in their stratosphere.

Hamilton’s teammate George Russell has the fourth-best odds at +4000 and Ferrari’s Carlos Sainz is at +5000. Verstappen’s Red Bull teammate Sergio Perez is at +6600.

Mercedes is +2000 to win a ninth consecutive constructors title and, you guessed it, is a distant third to Red Bull and Ferrari. Red Bull and Ferrari are each at -110 to win the team title. The constructor's title is won by the team with the most combined points between its two drivers. If Verstappen and Leclerc keep going toe-to-toe, Sainz and Perez are going to be the key players in the constructor fight.

Ferrari has a six-point lead over Red Bull with 157 points. Mercedes is third with 95 points and McLaren is way back in fourth with 46 points.