Founding father of the EU moves step closer to being declared a SAINT: Vatican official says Robert Schuman’s ‘heroic virtues’ could be recognised by the Pope this summer

A founding father of the European Union has moved another step closer to becoming a saint.

Robert Schuman, known as the ‘Father of Europe’, was instrumental in forging close economic ties across the Continent after the Second World War.

Pope Francis could recognise the former French prime minister for these ‘heroic virtues’ as early as June, a top Vatican official revealed today.

This recognition that he led a holy life is a key step towards beatification, although that requires the attribution of a miracle. 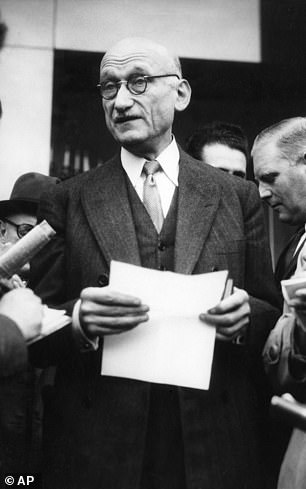 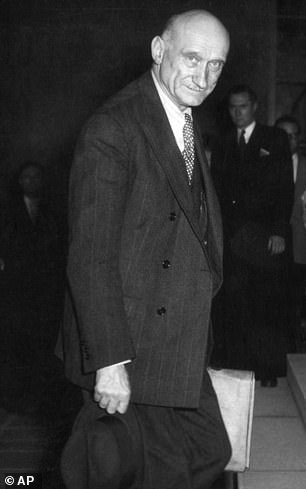 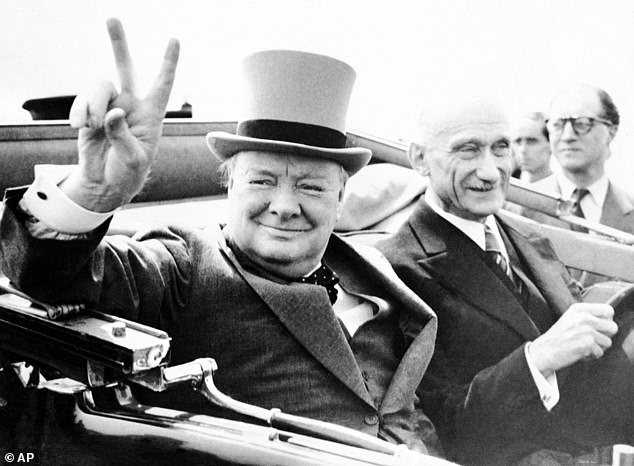 Former British Prime Minister Winston Churchill, gives his famous V for Victory sign alongside the French minister of finance Robert Schuman in the town of Metz, France, on July 14, 1946, to take part in Bastille Day celebrations

A second miracle validated by the Vatican is needed before he can become a saint.

Schuman, a Christian democrat, was France’s foreign minister when in 1950, five years after the end of World War II, he unveiled proposals for an economic union between former enemies France and West Germany.

This became the basis of what is now the European Union.

The process of elevating Schuman towards sainthood began more than 30 years ago, launched by the diocese of Metz where Schuman died in 1963.

The politician’s elevation may surprise some, but Father Bernard Ardura, who is in charge of French canonisations in Rome, defended his candidacy.

‘Schuman dedicated his life to serving the common good, seeking peace and reconciliation with Germany to create a community of European states,’ Ardura told AFP.

‘Schuman’s work involved putting an end to the infernal cycle of war, the humiliating defeat, the desire for revenge and more war’, which began when France was beaten by the Prussians in 1870.

‘It was the work of a Christian, which serves as an example’, even if Schuman ‘remained very discreet about his personal life and his faith’, Ardura added.

Popes have supported the idea of a European project since Pius XII – the pontiff during World War II – while criticising its secularism.

The year before, the Vatican regretted the absence of an explicit reference to the EU’s Christian history in the draft European constitution that was dropped after referendum rejections in France and the Netherlands.

Argentine Pope Francis, the first Latin American pontiff in history and the son of Italian immigrants, prefers to emphasis Europe’s multicultural identity and has championed the rights of migrants.

EU, father, Founding, move, of, the
You may also like: