Free preschool. Subsidized child care. Medicaid expansion. Paid family and medical leave. Those initiatives and others could be in jeopardy if Manchin’s decision sinks the roughly $2 trillion Build Back Better bill.

Manchin, D-W.Va., said he concluded after months of behind-the-scenes negotiations with the White House that he cannot vote for the proposal, which is Biden’s signature domestic agenda.

"I cannot vote to continue with this piece of legislation. I just can't. I've tried everything humanly possible. I can't get there," Manchin said on "Fox News Sunday." "This is a no."

Manchin’s opposition means the bill won’t be able to go forward in the Senate as written because the chamber is split 50-50 among Democrats and Republicans. GOP senators are united in their opposition to the bill, so every Democratic vote is needed for the bill to pass.

Here’s a closer look at what’s at risk: 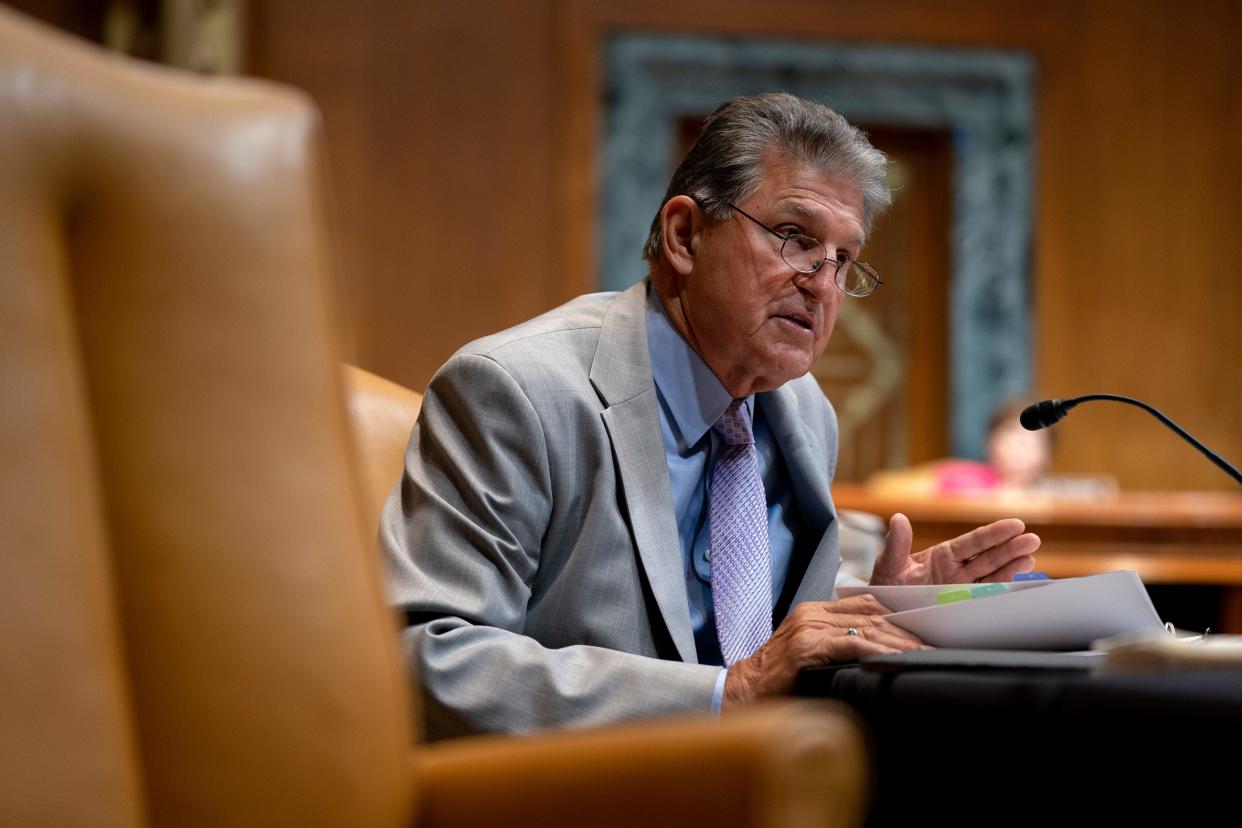 One of the signature components of the bill is $109 billion to fund free preschool for 3- and 4-year-olds. The money would benefit as many as 6 million children and would flow to established programs, such as Head Start.

In pushing the program, the White House cited research showing that children who receive early education do better in school over the long run, are more likely to graduate high school and college and earn more as adults than those who don't.

More: President Biden wants more money for the IRS. Here's what the agency would do with it

The bill includes nearly $276 billion over six years for child care for parents with kids up to 5 years old. The measure would cap child care expenses at 7% of a family's income for low- and moderate-income households.

To receive the benefits, parents would have to be working, seeking work, in training or taking care of a serious health issue.

Medicare would cover hearing benefits under a $35 billion proposal pushed by Sen. Bernie Sanders, I-Vt. Sanders called for expanded dental and vision benefits as well, but those are not included.

The White House said only 30% of seniors over the age of 70 who could benefit from hearing aids have ever used them, so this extra coverage could help millions of older Americans.

In an effort to lower the cost of prescription medication, the measure would allow the government to negotiate prescription drug prices offered through Medicare and set up safeguards aimed at protecting workers and businesses from price-gouging.

The proposal would cap cost-sharing for insulin at $35 per month and require pharmacies to provide greater transparency regarding drug costs in private health plans, as well as rebates, fees and other charges.

'A matter of fundamental fairness': Same-sex couples could get tax break under Build Back Better plan

If Build Back Better were to become law, about 9 million Americans would see their health care premiums reduced under the Affordable Care Act by an average of $600 per year. The White House said a family of four earning $80,000 per year would save nearly $3,000 per year under this provision. The administration estimated that the lower costs would persuade more than 3 million uninsured Americans to sign up for health insurance.

The bill would extend a provision, passed in March as part of a coronavirus relief package, that expands premium subsidies to people who buy insurance on their own, instead of getting it through an employer or the government. Subsidies became more generous for those who qualified for assistance, lowering premiums and deductibles. They were made newly available to people earning more than four times the federal poverty rate – about $51,000 for a single person.

Private plans would become available without premiums to people living below the poverty line in the 12 states that have not expanded Medicaid through the Affordable Care Act. Those states are: Alabama, Florida, Georgia, Kansas, Mississippi, North Carolina, South Carolina, South Dakota, Tennessee, Texas, Wisconsin and Wyoming.

Workers would get up to four weeks of paid family medical leave under Build Back Better.

Under law, eligible workers can take up to 12 weeks of unpaid leave, but the USA remains one of the few industrialized countries without a national paid family and medical leave program.

This article originally appeared on USA TODAY: Joe Manchin won't vote for Build Back Better Plan. What's in it?