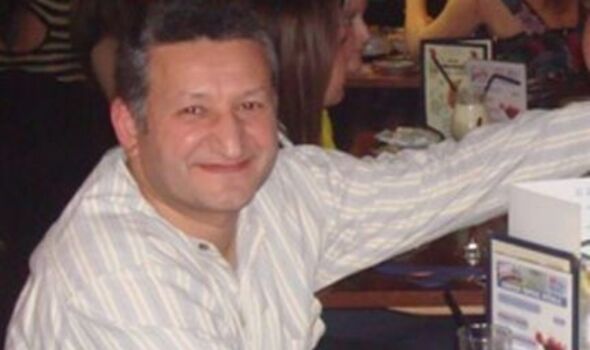 Mark Preston said police were “blinkered” over the killer’s intended target, too focused on a single suspect and made forensic errors.

The al-Hillis’ daughters, Zeena, then four, and Zainab, seven, survived. Zeena hid under their mother’s body in the family car. Zainab was found with serious head injuries from being shot and beaten.

French police were convinced the al-Hillis, of Claygate, Surrey, were the target. Saad’s brother Zaid, of Chessington, Surrey, was initially arrested, but never charged.

Five men held on suspicion of being involved in the killings were also released without charge.

But retired Surrey Police officer Mr Preston believes Mr Mollier was the gunman’s target, as he was shot first.

The al-Hillis, he says, were killed because they were witnesses. He told Channel 4 documentary Murder In The Alps: “For me, it was very clear that the killer wanted Mollier dead.

“If I was right…the investigations in the UK you could almost consider overnight being stopped. The answer now lies in France.”

Mr Preston also hit out at police who failed to test the blood-soaked cycling gear of an ex-RAF pilot first on the scene. It was later washed by the man’s wife.

And officers who believed the killer stole the victims’ passports were led down a blind alley before the documents were found inside Mr al-Hilli’s jacket two years later.

Mr Preston said: “How could I trust the forensic results when something so obvious as passports were entirely missed?”

Zaid al-Hilli, 63, told the three-part series: “I hope we will have answers, but I just feel we will never get there.”

“I think they covered it up. It’s not going to leave me until we find the truth.”

Murder In The Alps continues on Channel 4 tonight and tomorrow, at 9pm.