BAGHDAD (Reuters) – Fresh clashes between Iraqi security forces and anti-government protesters broke out in Baghdad on Friday despite a call for calm by the country’s top Shi’ite Muslim cleric, as authorities grapple with the country’s biggest crisis in years. 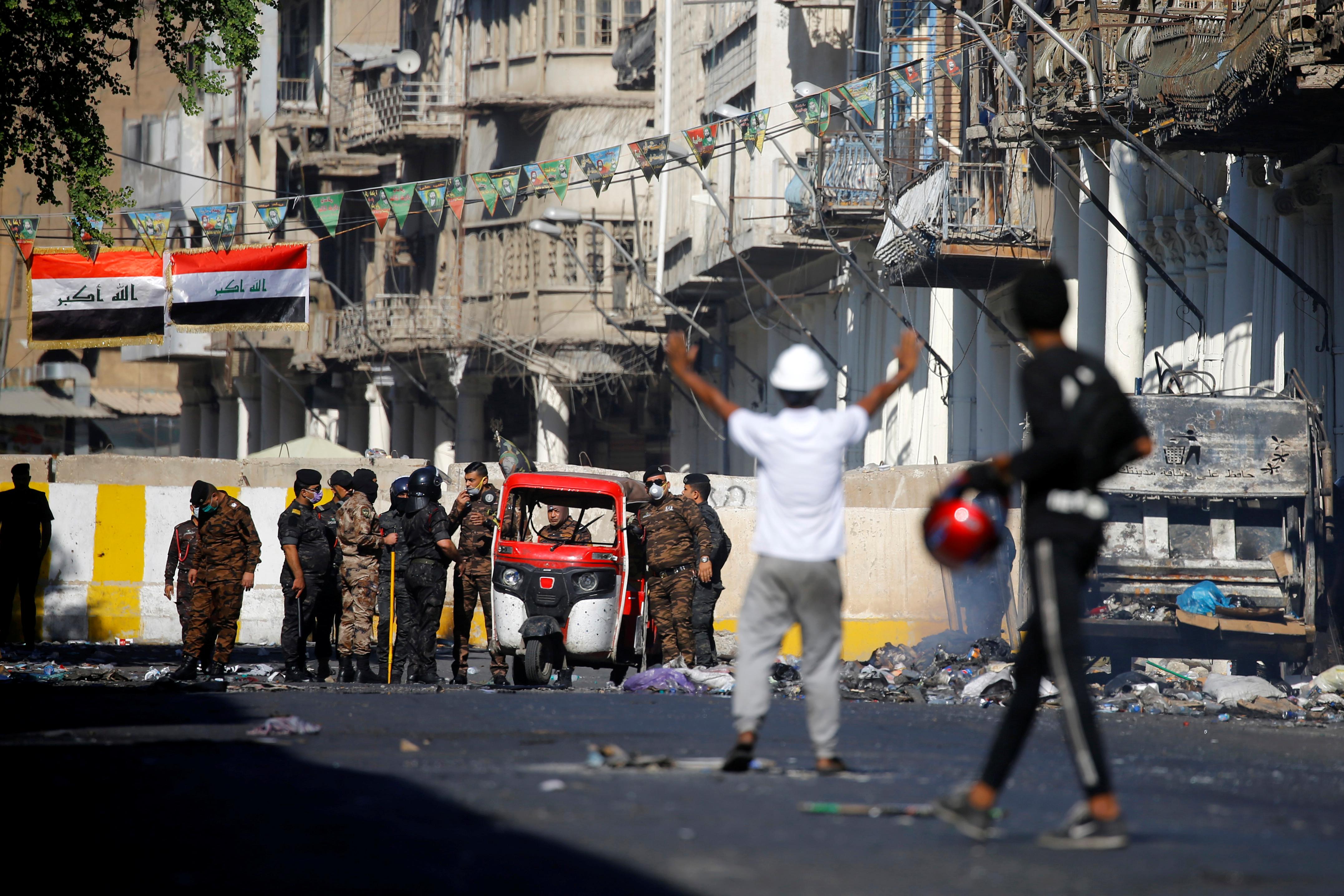 More than 260 people have been killed since the protests over a lack of jobs and services began in Baghdad on Oct. 1 and quickly spread to southern provinces, according to police and medics.

Police, the military and paramilitary groups have used live gunfire against mostly unarmed protesters since the beginning of the unrest.

Grand Ayatollah Ali al-Sistani, who only speaks on politics in times of crisis and wields enormous influence over public opinion in Shi’ite-majority Iraq, held security forces accountable for any violent escalation and urged the government to respond as quickly as possible to demonstrators’ demands.

“The biggest responsibility is on the security forces,” a representative of Sistani said in a sermon after Friday prayers in the holy city of Kerbala. “They must avoid using excessive force with peaceful protesters.”

Protesters, some of whom view Sistani as part of the political and religious system they say is the cause of many Iraqis’ misery, took little solace from the cleric’s words.

“He says he’s supporting protests and that we should keep going but he hasn’t helped. The speech won’t make a difference either way,” said one woman protesting in Baghdad whose son was killed in recent clashes.

“I’m the mother of a student. They took his life,” she said, giving her name as Umm al-Shaheed, Arabic for mother of the martyr.

The demonstrators, mostly unemployed youths, demand an overhaul of the political system and a corrupt ruling class which has dominated state institutions since the U.S.-led overthrow of Saddam Hussein in 2003.

The violent response from authorities has fueled public anger. Snipers from Iran-backed militias that have participated in the crackdown were deployed last month, Reuters reported.

Live fire is still being used and even tear gas canisters, fired directly at protesters’ bodies instead of being lobbed into crowds, have killed at least 16 people, New York-based Human Rights Watch said on Friday.

Doctors at hospitals have shown Reuters scans of tear gas canisters embedded in the skulls of dead protesters.

Sistani warned against the exploitation of the unrest by “internal and external” forces which he said sought to destabilize Iraq for their own goals. He did not elaborate.

He said those in power must come up with a meaningful response to the demonstrations. 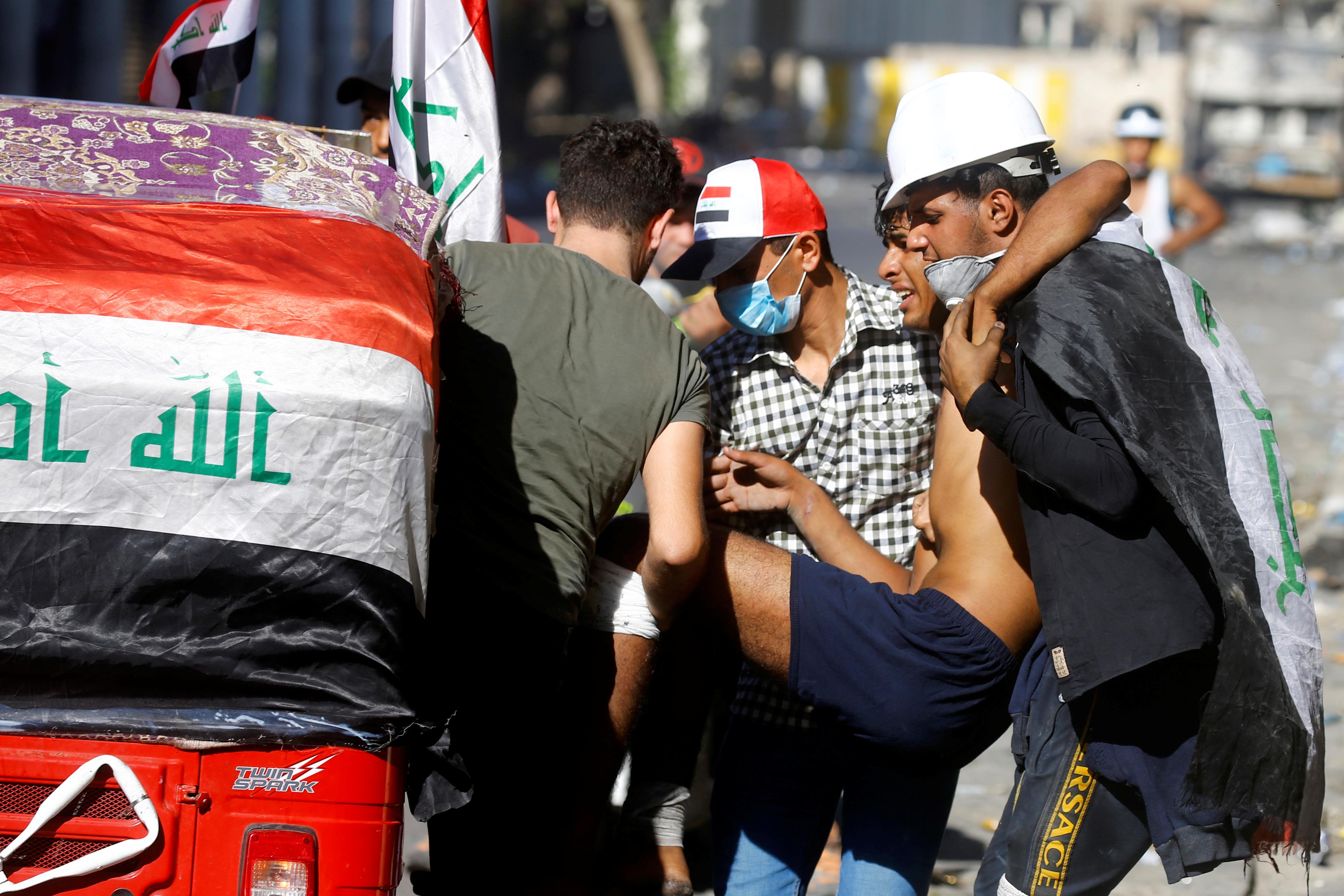 Handouts for the poor, promises to try corrupt officials and creation of more job opportunities for graduates have failed to placate protesters, whose demands include a new electoral system and the removal of all current political leaders.

The protesters have also rejected foreign interference in Iraq, which has long been caught between its two main allies and bitter rivals the United States and Iran.

Public anger has been directed particularly toward Iran, which supports the parties and paramilitary groups that dominate the Baghdad government and state institutions.

iraq, Protests, russi, SISTANI, Us
You may also like:

'Mark is wrong': Facebook staff disagree with Zuckerberg over Trump