A 22-year-old has won this year’s UK James Dyson Award for designing a potentially life-saving device to help stem bleeding from knife wounds.

Winner Joseph Bentley, a product design graduate from Essex, revealed that knife crime is a topic personal to him, as two of his friends were victims of knife related incidents.

Stab victims can bleed to death in just five minutes, so the priority for emergency personnel is to stop excessive blood loss.

Paramedics have wound pack kits that they use to treat stab victims but police are usually first on the scene and do not currently have the rapid and accessible tools required to prevent catastrophic blood loss, according to research by the device maker. 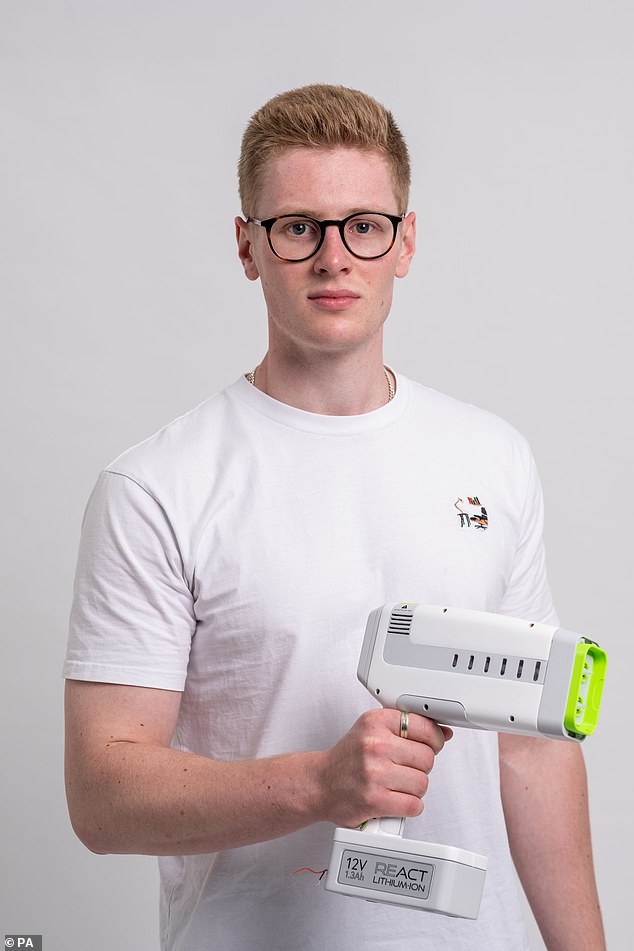 ‘Knife crime is a topic that is personal to me, as two of my friends were victims of knife related incidents,’ he said.

‘Thankfully both incidents were not fatal, but this is often not the case for so many others.

‘Seeing the profound effect that it had on my friends and their families urged me to try and create a solution that could help others in the future.’

Mr Bentley said current wound management techniques, such as tightly packing with gauze, can be slow, technical, and extremely painful for the victim. 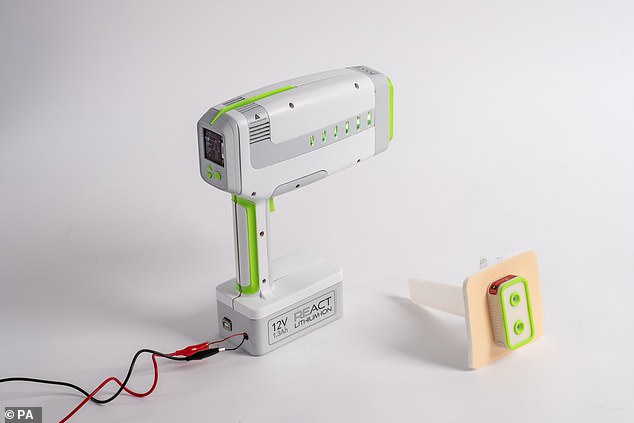 He claims his prototype, called React – Rapid Emergency Actuating Tamponade – can stop bleeding and save hundreds of lives a year as it will allow police to treat stab victims on the scene before paramedics arrive 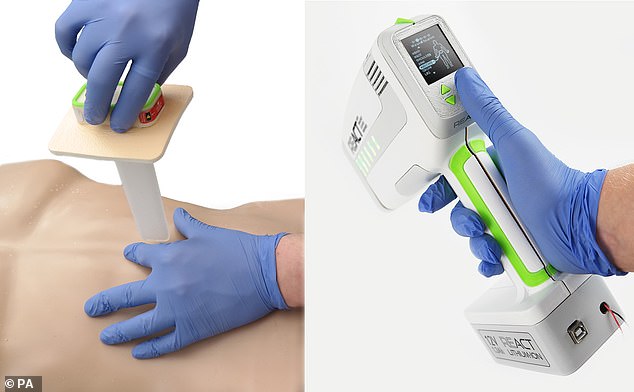 The device will buy valuable time before before full medical treatment can be administered as stab victims can bleed to death in minutes. Pictured: Left, the tamponade is inserted into the stab wound, right, the actuator is connected and the trigger is pulled inflating the balloon

He claims that his prototype could potentially be in place and stop haemorrhage in under a minute, and estimates it could save hundreds of lives a year.

A&E doctor and former Love Island contestant Dr Alex George, said: ‘Sadly, knife crime is on the rise and we’re seeing more and more incidents of knife related injuries in A&E departments in London and across England and Wales.

‘Although more needs to be done in the wider community to tackle knife crime at the source, Joseph’s React concept could be an impressive solution to help first responders, police officers, and medical professionals deal with these types of injuries, should it pass its medical trials. 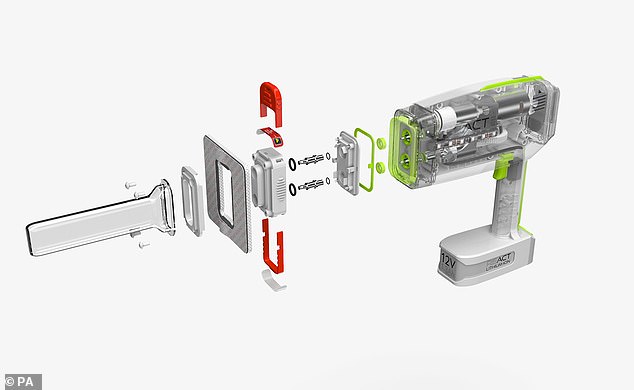 How it works: The tool inflates an implantable medical-grade silicone balloon tamponade into the wound tract, effectively filling the cavity and preventing internal bleeding 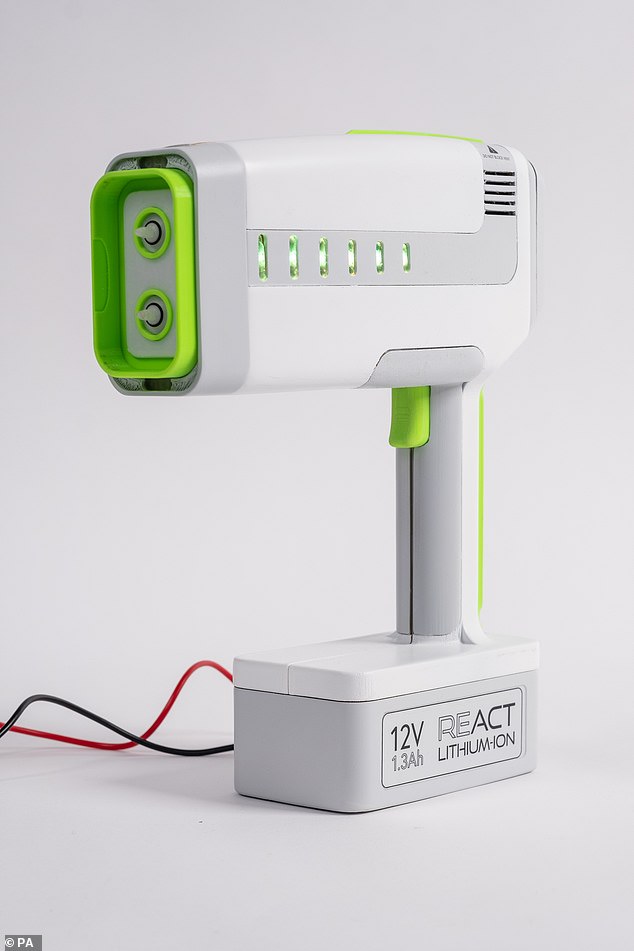 The product design graduate revealed that knife crime is a topic that is personal to him, as two of his friends were victims of knife related incidents

‘Time is of the essence in treating these types of injuries and the React system could help buy some valuable time before full medical treatment can be administered.’

The 22-year-old wins £2,000 towards developing his concept as part of the national prize and will progress to the international stage of the James Dyson Award 2021.

‘I was thrilled when I found out I’d won the national James Dyson Award,’ Mr Bentley added.

‘This prestigious endorsement confirms that the React concept could have real world benefits and a positive impact on society.

‘Although medical device testing takes a long time, I’m looking forward to using the prize money to develop my innovation further and hopefully see the device in the hands of first responders saving lives.’