From the Archives, 1982: Grace Kelly dies in tragic car accident

The film star who became an almost ordinary person

The real mourning is for the death of one more piece of ourselves as yet one more player drops off the bigger stage. 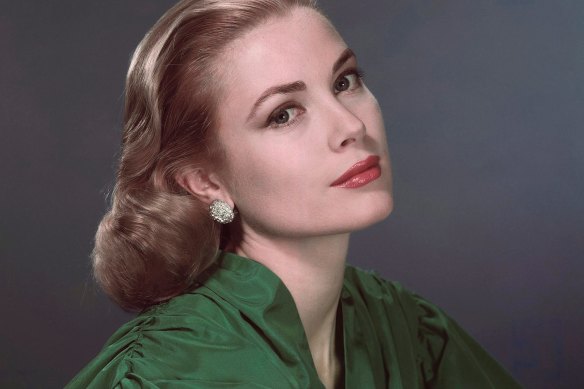 For a moment, after we heard of her death and were faced once more with our own mortality, we jammed our lines. We glimpsed the Great Darkness that had eclipsed a once-upon-a-time star called Grace.

Not that she had been a great actress, although it is as Grace Kelly that some of us remember her, rather than in her reincarnation as a magazine princess in a land Somerset Maugham once said was a sunny place for shady characters.

Part of her screen appeal had been her remoteness, but in Monaco she was gone for good, despite the eternal talk of a comeback, teased by occasional visits to theatrical events. She read poetry at the Edinburgh Festival in 1976, but that hardly counted.

The best we had heard about her since her retirement into real-life royalty was that she was still a very nice person. Nothing wrong with that, but for all the glamorous accounts of the good life, whipped up by the glossies on a bad week, she had become almost ordinary.

This was so even in her death on Tuesday night from something as commonplace as a car accident, though it had a certain dramatic impact in showing us that the numbers game goes far beyond the casino tables of Monte Carlo, even for the privileged at the prime middle age of 52.

But it carried not the psychic impact of the road deaths of, say, James Dean or Jayne Mansfield, or the continuing mystery of the lonely end to Marilyn Munroe. Those three had been younger and they were still tinsel dreams when it happened. 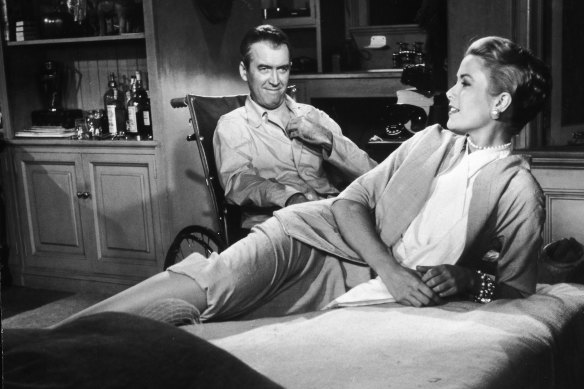 While the little Mediterranean principality will grieve for Her Serene Highness (was she ever anything else, even before marrying Rainier?) she has been lost to us for a long while, a quarter of a century. Time passes.

Grace, unlike Dean, Mansfield or Marilyn, will not become a myth. She will be, though, a long-distance memory of a special part of the past, the era of Bill Haley, Korea and Jack Kennedy, when some of us were stumbling through adolescence in a world that was spinning faster every day.

Making almost all of her films in the early and mid 1950s, she was a comfortable fantasy in those uneasy days before the craziness of the coming decade, the explosion of self of the 1960s, with its counterpoint in the eventual cynicism of the late 1970s.

An aristocratic maiden sculptured apparently of ice, yet with a sheen of sexuality in those times of our awaking flesh, she was in perfect context for what we needed to project then. 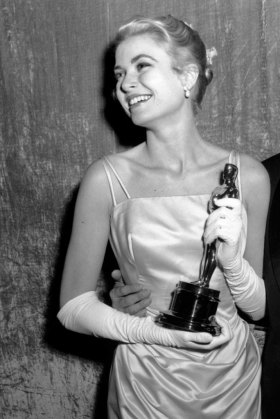 Oscar winner Grace Kelly poses with her statuette at the 1954 Academy Awards.Credit:AP

Had she stayed with Hollywood, she might have been out of place. Five years ago she said she was shocked and disappointed by what had happened to films. “It’s so difficult to find suitable films today. I know people who tell me they haven’t been to movies in years.”

But at the time we were fairly gone on her, not lust as an image in her own right, but also because of her association with such stirring stuff as ‘High Noon’, ‘Mogambo’, ‘The Country Girl’, ‘High Society’, ‘Dial M for Murder’, Rear Window’ and ‘To Catch a Thief’, the last three being made by the master, Hitchcock.

Apart from her acting ability, which was enough to get her an Academy Award, she was intriguing at a time when mystery was still something to see rather than experience personally.

Early studio shots from Paramount and MGM show signs of the tease always being there. Through the blonde flush, a knowing smile, a secret, inviting us to try to reach her rather than the other way around. A great come-on.

John Foreman, the producer, lifted the lid at one corner: “There is a mystique that surrounds Grace, and always has from the beginning. It is the act she put together for survival. Grace’s act, which has stood her in good stead all these years, is one of the most efficient I have ever seen because it affords her the chance to make friends immediately and have people help her instantly and be glad of the opportunity. She is also absolutely consistent in her behaviour and utterly dependable.”

So maybe it was all an act, by an actress, and we fell for it. But it was fun, as I recalled recently while watching ‘Dial M for Murder’ on the late show. (You can see for yourselves soon as the Melbourne stations rush to programme re-runs).

Corny, maybe, but some of us can still remember her singing ‘True Love’ with Bing Crosby in ‘High Society’. We remember Satchmo, too, with a love that lasts.

She did not invite sentimentality, not in those agency shots of her growing older as the princess when she looked so businesslike and never wistful again.

Strange. The sound of her speaking voice cannot be recalled right now. But we will not forget the face or the manner, because they reflected those tender years. She was well named.