Stephen Fry has revealed his transgender and intersex friends are ‘deeply upset’ by comments made by JK Rowling about trans identity and women-only spaces.

The Harry Potter audiobook narrator, 65, added that he would ‘love to see’ both sides in the debate stop fighting.

Fry told podcast Beeb Watch that Ms Rowling is still a ‘friend’, but added: ‘I have trans friends and intersex friends who are deeply upset by her.’

He was then asked by host Roger Bolton: ‘Are you actually saying both [sides] should stop fighting?’ 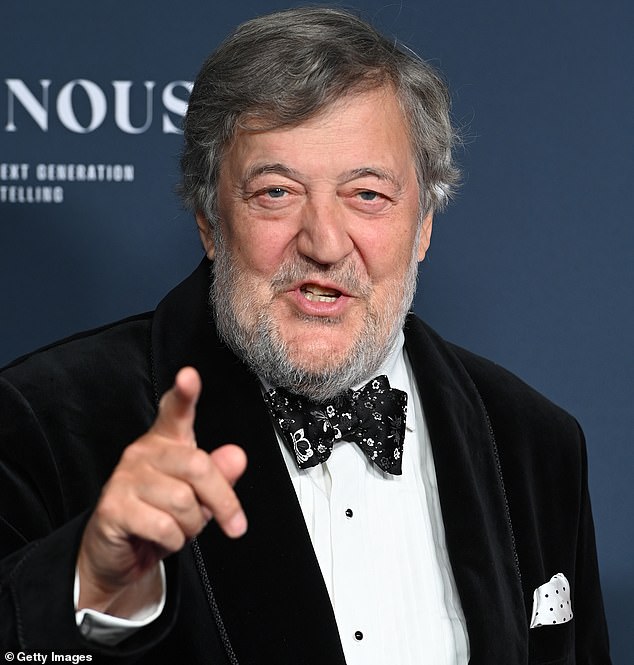 Fry said: ‘I would love to see that. But it isn’t possible if each side looks on the other as an enemy, and the trans people just shout ‘TERF’ and the feminists just […] seem to undermine the dignity and rights of the trans community.’

Rowling has been accused of transphobia over a string of contentious tweets and proud public appearances with authors who have proudly labelled themselves ‘TERFS’.

Stars of the Potter film franchise Emma Watson and Daniel Radcliffe have distanced themselves from her comments, while co-stars Tom Felton and Ralph Fiennes have backed her. 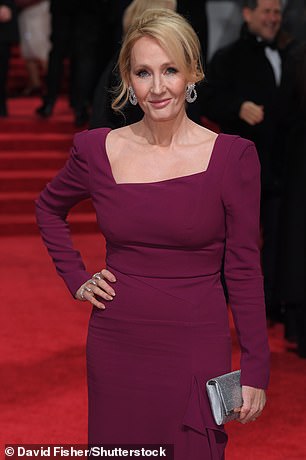 Fry added: ‘I don’t think there’s a winner. I know that JK Rowling doesn’t want to see trans people bullied, alienated, shut out of society, made to feel ashamed, guilty, laughed at, all those things.

‘But I also know […] that there are people who believe that safe feminine spaces and the idea of the difference between sex and gender is very important and that they […] repudiate, with all their strength, the kind of [gender theorist] Judith Butler idea of created gender and so on. And it’s not an argument I want to get involved in, because it’s upsetting to both sides.

‘I would…wish them both to retreat, and to consider that it is possible for trans people to live full, accepted lives, according to their terms, in society, and for women to have all the rights and dignities that they demand.’

It comes weeks after Harry Potter actor Daniel Radcliffe sought to reassure trans Potter fans that not all who worked on the film series share Rowling’s beliefs.

Referencing Ms Rowling’s comments, Radcliffe – who at the time stated ‘transgender women are women’ – said that he wanted to let members of the LGBT+ community know ‘not everybody in the franchise felt that way’.

He added: ‘The reason I felt very, very much as though I needed to say something when I did was because, particularly since finishing Potter, I’ve met so many queer and trans kids and young people who had a huge amount of identification with Potter on that.

‘And so seeing them hurt on that day I was like, I wanted them to know that not everybody in the franchise felt that way. And that was really important.’

He said: ‘The verbal abuse directed at her is disgusting, it’s appalling. I mean, I can understand a viewpoint that might be angry at what she says about women.

‘But [Rowling is] not some obscene, uber-right wing fascist.